Her Majesty the Queen was able to verify this morning, on the outskirts of the Mauritanian capital, Nouakchott, the importance of frozen fish in this country. 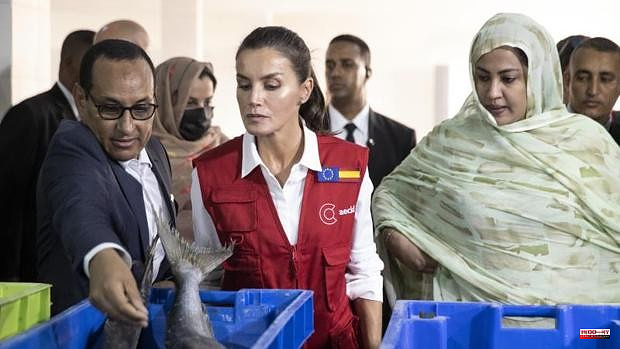 Her Majesty the Queen was able to verify this morning, on the outskirts of the Mauritanian capital, Nouakchott, the importance of frozen fish in this country.

The question is not trivial, because what was hidden by the walls of the refrigeration facility - 'Nouakchott Logistics Platform' - was the most emblematic project of the Spanish Cooperation in Mauritania and which has now been managed by the authorities of this country.

What is the project? Based on the fisheries agreements between Mauritania and the EU, by which Spanish fishing vessels are allowed to fish in Mauritanian fishing grounds, 2% of the catch is delivered to the Mauritanian Government so that, after freezing it, it can be distributed to the rest of the country. and thus nurture its inhabitants, also in inland areas.

The most relevant achievement of the project is the creation of a logistics network for the supply of frozen fish that connects the coast with the interior of the country with more than 250 distribution centers and 25 refrigerated containers such as the one visited this morning by Doña Letizia in which It is his seventh Cooperation trip.

Lierni Galdós, responsible for food action at the AECID, reports that in this way the population can buy two kilos of fish for the equivalent of 0.25 euros… the price of a loaf of bread.

Evidently, the nutritional value provided by fishing -croaker, sea bream, crackling, sardines...- is key at a time when some countries may face a food emergency situation due to the rise in grain prices after the war in Ukraine and due to droughts.

This project began in 2012 with a duration of four years worth 5 million euros. Then it grew and a 40-tonne truck and three link vehicles were acquired with the aim of transporting the fish from the coast to the logistics platforms and from there to the distribution centers where people with fewer resources can access the nutrients of the fish. fish.

In a country twice the size of Spain but with only 4.6 million inhabitants, having a logistics network of these characteristics is quite a challenge.

Fatima, with a girl in her arms carrying a frozen sea bream, receives the Spanish delegation inside the logistics platform visited by the Queen. "We are very grateful to the Spanish help and to this project that allows us to access basic food," he explains to the press during the waiting time until the arrival of Doña Letizia, who was accompanied by the Mauritanian first lady, Mariam Ahmed.

The Mauritanian National Fish Distribution Company is already in charge of the project which, after another Spanish support, was expanded with an additional 1.4 million euros.

The beneficiaries are around 390,000 people, of which 70% have incomes of less than 112 euros per month and deficiencies in the average food diversity. In addition, employment is created in the country's fishing and logistics industry.

The Spanish ambassador in Mauritania, Miriam Álvarez de la Rosa, explained to the press that, together with this food security project, the other three axes of Spanish Cooperation in this key country in the Sahel are related to governance, health and issues of genre. Together with Foreign Affairs, the Ministries of the Interior, Justice and Health are involved in the 32 current projects with a cost of 8.4 million in the last year.

1 Seen for sentencing the trial against Cuban artists... 2 The Russian Army suffers multiple mutinies by rebel... 3 Lagarde contemplates "preferential rates"... 4 Thiago leaves the concentration of Spain 5 An unpublished Velázquez appears under a work repainted... 6 The PP will elect the candidates of the municipalities... 7 The Generalitat Valenciana celebrates 40 years of... 8 The Barcelona Hotel Guild forecasts 85% occupancy... 9 The regional government launches a cycle of children's... 10 Three arrested for spraying a man with a spray to... 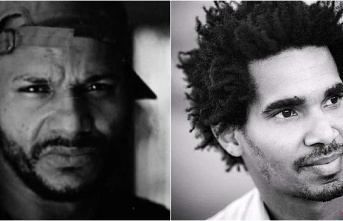 Seen for sentencing the trial against Cuban artists...