The Barcelona Hotel Guild expects 85% occupancy this summer after two years of a pandemic in which the city has been affected by a lack of visitors. 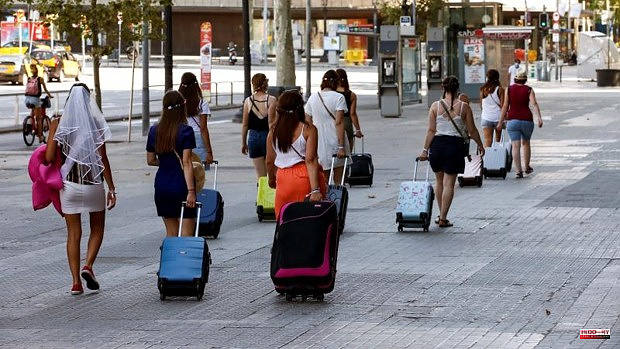 The Barcelona Hotel Guild expects 85% occupancy this summer after two years of a pandemic in which the city has been affected by a lack of visitors. Its president, Jordi Clos, explained it this Wednesday, together with the Councilor for Tourism of the Barcelona City Council, Xavier Marcé, at a press conference called to present the Week of the Terraces, an event that will be held from June 10 to 19, and that aims to link tourism with the cultural and gastronomic offer of the city.

Clos has confirmed that hotel reservations in July are around 50-60% and that the sector expects maximum occupancy during the 'Primavera Sound' festival, which will be held at the Forum this weekend and the following .

He also explained that the average price per room in Barcelona was 150 euros per night in April (with an occupancy rate of 83%), which represents an average of 13.4 euros lower than the same period in 2019. «Barcelona continues to be the European city with the highest rate of reservations", said Marsé, who explains that until March 2022 the national tourist predominated, but that in recent months "historical flows are tending to normal, with more international tourism"

One of the fundamental pillars of the talk has been the need to rethink tourism in Barcelona. On whether or not the price increase is necessary, Clos has defended that it is what corresponds after two years of pandemic, "we are normalizing prices with respect to 2019, we are not increasing them."

On this subject, Marcé has defended that hotels "should tend to raise prices because the variable that should be of interest is the offer made by the hotel and, as it is stronger, more cultured and more interesting, the price goes accordingly." Likewise, the councilor has advocated for a "less holiday" tourism and for adapting the offer towards a higher quality tourism, which he considers should not be more expensive, but aimed at visitors who are clear about what they come to do the city. In this sense, he has defended that "a hotel is not necessarily a place to sleep", but rather that it has the capacity to integrate itself into the city by offering quality cultural and gastronomic events.

"In big capitals like Paris or London, the great restaurants are almost always located in a hotel," Clos commented, trying to exemplify the fact that Barcelona has never had a great "hotel culture." With regard to the event they were presenting, Marcé explained that the Week of the Terraces is not intended to be a restricted event, but rather an 'evocative explosion' to draw the attention of the citizen and to see these spaces as places of leisure. "That the hotels are equally enjoyed by the visitor and by the resident", he concluded.

The Barcelona Hotel Guild has recovered the Terrace Week event after two years of pandemic. This initiative will consist of 56 hotels that will host nearly 150 cultural and gastronomic activities, open and free to all citizens. Clos has expressed his joy at celebrating the event again, which adds more than 300,000 participants between all its previous editions, and that in this edition it will host family, sports, creative and wellness activities, among others.

1 The regional government launches a cycle of children's... 2 Three arrested for spraying a man with a spray to... 3 PAU 2022 in Valencia: dates, times and location of... 4 The French Government apologizes to Liverpool fans:... 5 Eight years of internment for the young man who gouged... 6 The lawyer from Gran Canaria who was burned alive... 7 Pepe Serra will continue as director of the MNAC for... 8 Felipe VI extols "the values ​​and identity"... 9 The Diputación de Alicante increases the cultural... 10 Primavera Sound does not rule out moving to Madrid... 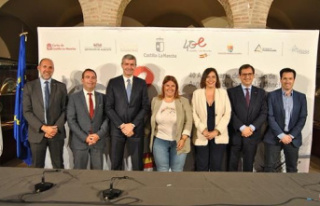 The regional government launches a cycle of children's...