The Government of Castilla-La Mancha is going to launch, next July, a new cultural program, in addition to those already being developed to commemorate the 40th anniversary of the Statute of Autonomy. 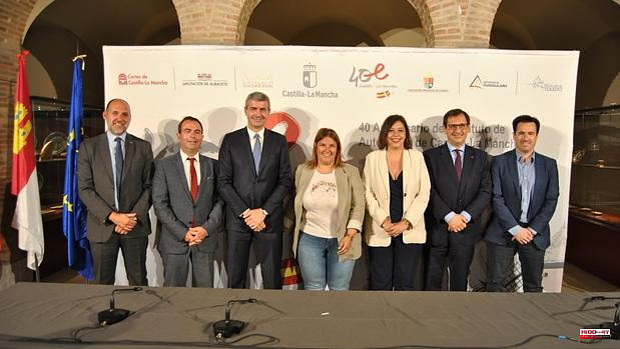 The Government of Castilla-La Mancha is going to launch, next July, a new cultural program, in addition to those already being developed to commemorate the 40th anniversary of the Statute of Autonomy. It is a series of children's theater that will reach 50 towns in the autonomous community.

This was announced this Wednesday by the Deputy Minister of Culture and Sports, Ana Muñoz, during the presentation, at the 'Ruiz de Luna' Museum in Talavera de la Reina, of the events in the province of Toledo on the occasion of the celebration of the anniversary of the birth of the Statute.

In the presentation, the president of the Diputación de Toledo, Álvaro Gutiérrez; the delegate of the Board in Toledo, Javier Úbeda; and the mayor of Talavera de la Reina, Tita García.

The deputy minister explained that this activity will begin on July 5 in the Albacete town of Molinicos and will tour, during the first fortnight of next July, these fifty municipalities throughout the region, most of them small .

Muñoz has specified that there will be 10 performances per province, which will also be carried out by 10 Castilian-La Mancha companies. Two companies have been chosen per province, being from the same provinces where they are going to present their shows.

In the province of Albacete, the play 'Memoria de una gallina' from 'Al Hilo Teatro', in addition to Molinicos, will be performed in Ayna, Letur, Bonete and Hoya Gonzalo. For its part, the company 'Ambulantes' will represent the play 'A ver' in Pozo Lorente, Pozo Cañada, Fuensanta, Villapalacios and Minaya.

For its part, the company from Cuenca 'Lulo Producciones' will represent the play 'Under my bed a star' in Cardenete, Enguidanos, Graja de Iniesta, El Picazo and Villagarcía del Llano. While the work 'Caballero soy' by the company 'La Máquina Real' will reach the Cuenca municipalities of Almonacid del Marquesado, Saelices, Sotorribas, Tragacete and Villares del Saz.

In the province of Guadalajara, the company 'Ultramarinos de Lucas' will stage its play 'When?' in Checa, Cifuentes, Humanes, Marchamalo and Mondéjar. For its part, the company 'Comando Teatral' will represent 'Ay Socorro mamaita' in Cantalojas, Hiendelaencina, Mandayona, Corduente and Poveda de la Sierra.

In the province of Toledo, the play 'Sofía readera de tales', by the Peteclam company, will reach Cabañas de Yepes, Espinoso del Rey, Erustes, Garciotum and Marjaliza. While the work 'Condecito Lucanor' by the company '7 Burbujas' can be seen in the towns of Azután, Chueca, Cardiel de los Montes, Mesegar de Tajo and Paredes de Escalona.

On the other hand, the Deputy Minister of Culture and Sports has highlighted the success of all the activities that have already been carried out in the different provinces to celebrate the 40th anniversary of the Statute of Autonomy. And she has pointed out that, "to date, more than 75,000 people have passed through them, to which we must add the more than 10,000 people who have participated in the different activities that have been organized in Puertollano on the occasion of the Day of the Region". In this sense, Muñoz has valued the great reception that the Sergio Dalma concert has had as well as the drone show, the parades, the children's theater or the folklore festival.

The head of Culture thanked the provincial councils, the Cortes of Castilla-La Mancha and the different municipalities for the collaboration so that the extensive programming that is being developed and will be developed can become a reality. Likewise, she has encouraged all citizens to participate in all the activities that are designed so that they can be enjoyed by all audiences.

As for the activities that are being developed and will be developed, on the occasion of the 40th anniversary in the province of Toledo, the deputy minister stressed that there will be more than 60 municipalities where they take place.

For his part, the president of the Toledo Provincial Council, Álvaro Gutiérrez, and the mayor of Talavera de la Reina, Tita García, have detailed the activities to be carried out both in the province and in the City of Ceramics. In this sense, they have reported that from the middle of this month it will be possible to see the exhibition of photographs on the 40 years of the Statute of Autonomy in numerous locations, an exhibition that will begin in Ocaña on the 16th.

Next Friday, the 3rd, the ‘Talavera pop’ concert will be held with the performance of David Otero and different artists such as Marta Goumes, Summerday, Rodrigo Muñoz Band, Depol, Marlena, David Cava, Lara Taylor, Dan Abedrop. This is the second concert that will take place in Toledo after the one held on May 25 at the Teatro de Rojas in the regional capital of Dial Únicos.

Also in these two cities you can see the show 'Drone Magic Light Show' and the two popular races will take place. They will also house the escape room 'El Tesoro de Don Quixote'. This last activity will also reach the municipalities of Fuensalida, Illescas, Seseña and Madridejos.

Likewise, in more than 20 towns in the province there will be performances by music bands and children's theater will reach 10 small municipalities. And in March of next year a gastronomic catwalk is scheduled to take place in Talavera de la Reina.

This program will be completed with other initiatives throughout this and next year.

1 Three arrested for spraying a man with a spray to... 2 PAU 2022 in Valencia: dates, times and location of... 3 The French Government apologizes to Liverpool fans:... 4 Eight years of internment for the young man who gouged... 5 The lawyer from Gran Canaria who was burned alive... 6 Pepe Serra will continue as director of the MNAC for... 7 Felipe VI extols "the values ​​and identity"... 8 The Diputación de Alicante increases the cultural... 9 Primavera Sound does not rule out moving to Madrid... 10 Jennifer Lopez and the most expensive bag in the world 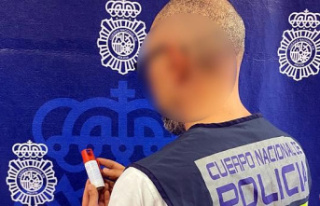 Three arrested for spraying a man with a spray to...