An unpublished Velázquez appears under a work repainted by his son-in-law, Juan Bautista Martínez del Mazo 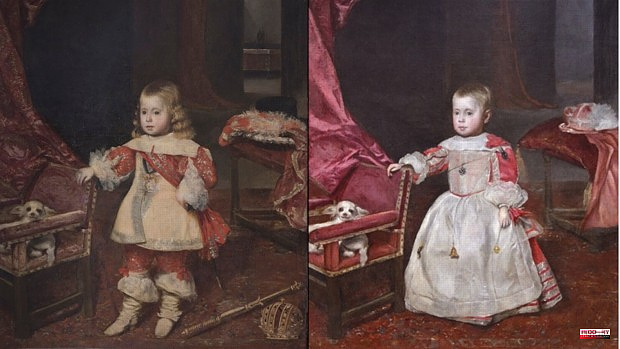 'Velazquez. The expressive flow of his painting' is the posthumous book by Carmen Garrido, who was director of the Prado Museum's technical documentation office between 1980 and 2012, and which is now published by the Modern Era Art Center (CAEM) of the University of Lérida, institution of which in the last years of her life she was scientific co-director.

The book, in a bilingual Spanish-English edition, presents studies on fifteen works by Velázquez. Seven of them ('La Inmaculada', 'Don Cristóbal Suárez de Ribera', 'Pichones de Paloma', 'Cabeza de Niña', 'Count-Duke of Olivares', 'The Inquisitor Don Sebastián García de Huerta' and 'Santa Rufina '), were previously published by Garrido in various catalogs and magazines, but are now offered revised and expanded by the author; while eight correspond to unpublished works attributed to the Sevillian painter by Garrido herself, all of them in private collections.

When this portrait arrived at the CAEM, in May 2021, it could be examined, among other techniques, with infrared photography and X-rays, which revealed the re-polychrome to which it had been subjected, presumably by Velázquez's son-in-law, Juan Bautista Martínez del Mazo , a painter who would have transformed Prince Felipe Próspero (third son and first son of the marriage formed by Felipe IV of Spain and Mariana of Austria) into a five-year-old Carlos II. Felipe Próspero died prematurely at just three years old and a few days after the birth of his younger brother, Prince Carlos, the future Carlos II.

CAEM restorers "rescued and brought back to life a precious 'Príncipe Felipe Próspero' painted by Velázquez, which had been incomprehensibly hidden, or at least semi-hidden, for more than 350 years," explains Company in a statement. It is an identical version to the one in the Kunsthistorisches Museum in Vienna, possibly earlier than the one in this museum.

Following Garrido's will, the CAEM researchers Ximo Company and Marc Borràs have completed the writing of the study, a fact that has been possible, thanks in large part, to the meticulous restoration carried out by the CAEM experts, Ana Villalba and Salut Díez, which has lasted more than ten months.

1 The PP will elect the candidates of the municipalities... 2 The Generalitat Valenciana celebrates 40 years of... 3 The Barcelona Hotel Guild forecasts 85% occupancy... 4 The regional government launches a cycle of children's... 5 Three arrested for spraying a man with a spray to... 6 PAU 2022 in Valencia: dates, times and location of... 7 The French Government apologizes to Liverpool fans:... 8 Eight years of internment for the young man who gouged... 9 The lawyer from Gran Canaria who was burned alive... 10 Pepe Serra will continue as director of the MNAC for... 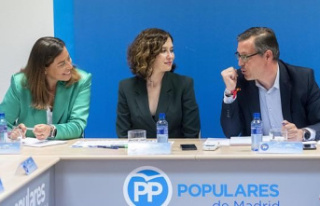 The PP will elect the candidates of the municipalities...