After two days, on May 31, the trial against the plastic artist Luis Manuel Otero Alcántara (LMOA) and the rapper Maykel Castillo (Maykel Osorbo) ended, being seen for sentencing. 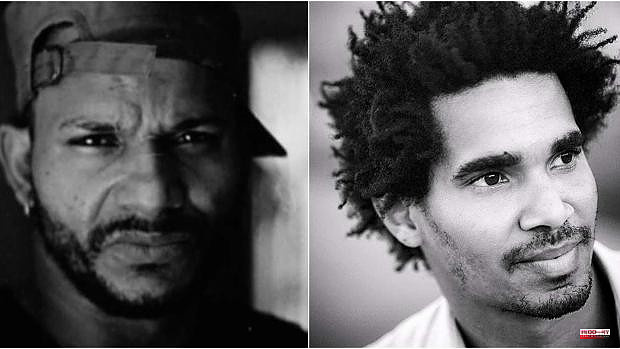 After two days, on May 31, the trial against the plastic artist Luis Manuel Otero Alcántara (LMOA) and the rapper Maykel Castillo (Maykel Osorbo) ended, being seen for sentencing. Both led the San Isidro Movement (MSI), one of the most anti-establishment groups on the island, being the object of hundreds of arbitrary arrests, beatings, acts of repudiation and other repressive patterns orchestrated by the Cuban State Security.

The first has been detained since the protests of July 11, 2021, and the second, since May 18 of the same year. The Prosecutor's Office asks for 7 and 10 years, respectively, for crimes such as contempt, public disorder, resistance, attack, outrage against national symbols and defamation of State institutions.

"What they qualify as criminal with their trajectories as activists - a term that includes the use of art - since 2018," explained lawyer Fernando Almeyda in reference, for example, to the accusation against LMOA of "outrage against national symbols" as a result of a 'performance' that he developed with the Cuban flag. In the case of Osorbo, the imputed crimes are the result of his criteria contrary to the Cuban political system spread on social networks. Both are also accused of leading a peaceful protest on April 4 in which they sang "Patria y Vida", the winner of two Latin Grammys in 2022, a musical theme of which Osorbo is a part.

«The facts narrated by the Prosecutor's Office are completely distorted; In addition, the defense cannot be effective when the lawyers must belong to firms that respond directly to the institutions of power. In Cuba, the practice of law independently is not allowed; their hands are tied," said Almeyda.

LMOA was declared by 'Time' magazine as one of the icons of 2021 and, even before openly confronting the regime, he was part of cultural institutions. However, according to Julio Llopiz-Casal, quoted as a defense witness, a large part of the trial revolved around his status as an artist.

«It was evident that State Security was the entity that operated throughout the trial, it was seen both in the external militarization and inside the room. It was all a setup. The Courts in Cuba are not independent, they do not impart justice, but rather administer punishments”, stated Llopiz-Casal. The visual artist also asserted that everything was recorded by at least three cameras arranged in the room.

Despite the fact that the law establishes that the trials are public, they only allowed the entry of two relatives per defendant. Anamely Ramos, an MSI activist who was prevented from entering the island by the regime this year, told ABC that the relatives, all women, were made to strip naked to be searched.

Maykel's lawyer changed three days earlier and it was "a disaster," Ramos said. «He did not bring witnesses or talk about the state of Maykel's health, who has been getting some balls on his body for months and we do not know what is due. Maykel practically had to assume his defense ».

At the end of his speech, according to his relatives, Osorbo said: "I hope that the sentence that you decide, Madam Judge, is that of your conscience."

Ramos also recounted that according to what several attendees told him, in the end «the prosecutor declared that this was not a process for political reasons, that they were not artists, but common criminals. Who are they to say who is an artist or not? How can it not be a trial for political reasons if they spent their time talking about defending the revolution?

During the two days that the artists' trial lasted, the Municipal Court of Marianao, in Havana, remained completely militarized. They did not allow the entry of accredited foreign press or a dozen foreign diplomats (Norway, Sweden, the United Kingdom, the Czech Republic, Germany and the Netherlands) who requested to attend the oral hearing.

Several activists and independent journalists remained besieged in their homes and suffered internet service cuts, or were arrested when going out on public roads to prevent them from approaching the trial area.

This May 31, the Human Rights Foundation (HRF) "strongly" condemned the process against both artists, considering that it is a broader campaign by the Cuban regime to persecute artists, intellectuals and human rights defenders.

“Luis Manuel and Maykel have managed to inspire millions of Cubans to stand up to a regime that has tried – unsuccessfully – to crush their spirits for more than six decades. (...) Now the totalitarian dictatorship of Cuba wants to exemplify these two heroes in favor of democracy, offering them the same cruel treatment that it has offered to so many before them: leave Cuba or face years in prison," he said in a statement Javier El-Hage, legal director of HRF.

For Cuban journalist and researcher José Raúl Gallego, what is happening in Cuba today is very serious, with the prosecution of two well-known artivists. “A seriousness that, unfortunately, it seems that many inside and outside of Cuba will only see with the passage of time. That in two years those who are silent now do not come to give conferences or to write books or to issue documents and declarations. Solidarity, push and actions are needed now.

1 The Russian Army suffers multiple mutinies by rebel... 2 Lagarde contemplates "preferential rates"... 3 Thiago leaves the concentration of Spain 4 An unpublished Velázquez appears under a work repainted... 5 The PP will elect the candidates of the municipalities... 6 The Generalitat Valenciana celebrates 40 years of... 7 The Barcelona Hotel Guild forecasts 85% occupancy... 8 The regional government launches a cycle of children's... 9 Three arrested for spraying a man with a spray to... 10 PAU 2022 in Valencia: dates, times and location of... 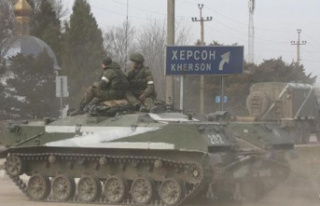