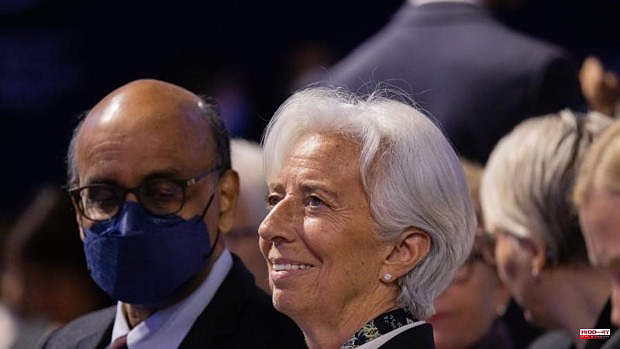 ECB President Christine Lagarde hopes that the European Central Bank can support investment in green projects with "preferential" interest rates. During her speech at the Green Swan Conference of the Bank for International Settlements (BIS), Lagarde said, referring to the recent reform of the monetary policy strategy: "Green lending facilities were not contemplated a year ago, but I am not going to to leave yet."

Lagarde has referred to the fact that Japan is testing this tool and China is also using it: "Why shouldn't we be open to it?" He knows that this is not directly foreseen in the ECB's mandate, “but if you don't try, you don't know if you will succeed”, he declared.

Lagarde has also commented that she hopes to advance next year in the project of a "directed loan mechanism" for green investment, based on the experience of China and Japan. "I hope we don't have to discuss this for long," he ventured.

People's Bank of China (PBoC) Governor Yi Gang has exposed that the PBoC has a 1.75% credit facility to encourage commercial banks to issue green loans. The ECB has already decided on a new monetary policy strategy in 2021 and at the same time launched a multi-year climate action plan. In future, the European supervisor wants to take climate impact into account when using monetary policy instruments, so if equivalent instruments are available, the most climate-friendly one should be used.

In addition, the ECB, in its role as banking supervisor, will check whether the institutes take climate risks sufficiently into account. However, the banks do not seem to have taken this policy very seriously so far. At this same event, Lagarde pointed out that, according to the 2021 climate stress test, half of the banks do not have concrete plans to include climate risks in their strategy.

The president of the ECB considers that it is necessary to "advance in the harmonization and homogenization" of the current sustainability standards throughout the world, "despite the positions of the United States and Japan" and trusts that the rules planned by the Council of International Sustainability Standards (ISSB) serve at least as a guide and allow the greatest possible convergence. Likewise, the President of the ECB has underlined the need to establish cooperation between the public sector and the private sector, which allows financing the development of technologies for the green transition, since around half of the technologies necessary to meet the Paris targets 'have not yet been invented'.

Lagarde has avoided referring in this conference to the next increases in interest rates, on the same day that the Deutsche Bank research service has published that its economists forecast that the ECB will raise its reference interest rate by half a percentage point in the third trimester.

The German Dax stock index had previously assumed two interest rate hikes of a quarter point each in July and September. Now the economists around Mark Wall expect one of the steps to be twice as big, probably the last. "The burden of proof has shifted further, and summer data should now refute the case for a 50 basis point increase at the start of this tightening cycle," the report says, adding that "we believe the ECB it continues to underestimate inflation and we expect support to build for a 50 basis point hike over the summer." Lagarde has recently suggested that there would still be no consensus within the Governing Council of the ECB for a half point rise, but that was before the May inflation figure in the euro zone, which reached a new maximum of 8.1% in comparison with the same period last year. Inflation thus rises significantly more than economists' forecasts and is already four times greater than the value that the central bank points to guarantee price stability.

A rate hike of 50 basis points would be in line with what the Federal Reserve did in the US last month. ECB members from Austria, Latvia, the Netherlands and Slovakia have already publicly discussed such an increase. "An increase of 50 basis points would send the necessary clear signal that the ECB is serious about fighting inflation", Austrian Government Counselor Robert Holzmann, for example, told Bloomberg: "A clear signal of the interest rate would also support the euro exchange rate. The weak euro is not helping on the inflation front." In contrast, the governor of the Italian central bank, Ignazio Visco, has urged caution and has reminded that rate hikes must be "orderly" so as not to endanger the integrity of the euro zone.

1 Thiago leaves the concentration of Spain 2 An unpublished Velázquez appears under a work repainted... 3 The PP will elect the candidates of the municipalities... 4 The Generalitat Valenciana celebrates 40 years of... 5 The Barcelona Hotel Guild forecasts 85% occupancy... 6 The regional government launches a cycle of children's... 7 Three arrested for spraying a man with a spray to... 8 PAU 2022 in Valencia: dates, times and location of... 9 The French Government apologizes to Liverpool fans:... 10 Eight years of internment for the young man who gouged... 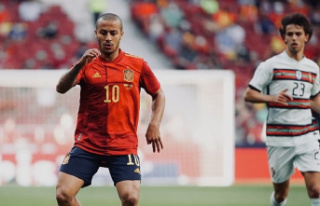 Thiago leaves the concentration of Spain