The president of the Popular Party of Madrid, Isabel Díaz Ayuso, has led this Wednesday the first meeting of her steering committee, already assuming all the political power in the Community of Madrid. 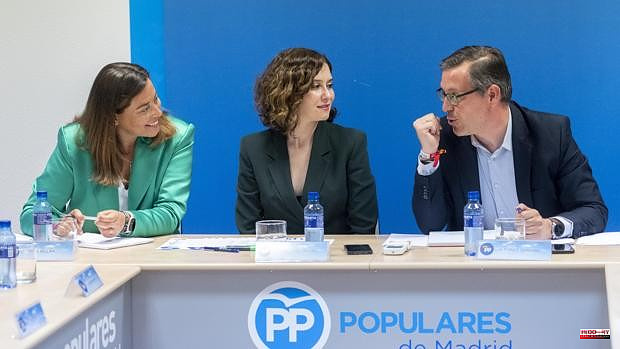 The president of the Popular Party of Madrid, Isabel Díaz Ayuso, has led this Wednesday the first meeting of her steering committee, already assuming all the political power in the Community of Madrid. Although in the extraordinary congress, held in Madrid on May 20 and 21, it had the first contact with its executive committee, it has not been until today that the lines of work of a period marked by three electoral appointments have begun to take shape : municipal, regional and general.

The first challenge is the election of the mayoral candidates in the region. The delay in the election of the head of the list was one of the reasons put forward by Ayuso to demand that the previous national leadership, presided over by Pablo Casado, already convene the regional congress, to which he wanted to present himself.

Feijóo's team settled this confrontation by paving the way for Ayuso to become president.

The popular have already set themselves a goal, as the general secretary of the PP in Madrid, Alfonso Serrano, assured today, after the meeting of the party's leadership: before the end of the year to have the candidates of the municipalities where the Popular Party is appointed in opposition.

There is no established calendar yet and the new PP managers are analyzing the situation of the Community. What they are clear about is that the candidates from the most important cities «it is evident that they must be closed as soon as possible. Without having set a calendar of weeks or months, what we do want is to address this year especially the places where we are currently in opposition. They are a few and we are convinced that they will be much less after the May elections.

Another issue that the party has to address is the internal structure, with a large part of the local leadership in the hands of managers, which could be more than fifty. The previous leadership justified these provisional directions with the pandemic, which prevented local assemblies from being held, and the continuous electoral processes, among other reasons. Now, with several elections on the horizon, the general secretary of Madrid, Alfonso Serrano, has admitted that "the deputy secretary of Territorial Organization has begun to analyze the situation of the venues and the managers that are still pending renewal." In this sense, he stressed that "it is an issue that we have been dragging for a long time, now we are a year away from the elections and we have to see what most interests the people of Madrid, the neighbors and the party itself, if it is have a local assembly or already have a clear reference for the next municipal elections. We're on it right now."

Apart from these two questions of internal organization, the steering committee has addressed "the distribution of work and the revitalization of the party" for the coming years. One of the key tools is the ideological convention that President Ayuso wants to hold next fall, since no papers could be discussed at the extraordinary congress, only her election as regional president.

This ideological conclave will establish the position of the organization on key issues and will serve as the basis for the preparation of the electoral programs for the municipal elections. Serrano has advanced that it will not be a succession of conferences but will revolve around the discussion and debate of documents.

Finally, the third line of work of Ayuso's new project for Madrid will be the renewal of the youth branch of this political formation, New Generations. An organization that, in the case of the Community, was always closely linked to Ángel Carromero, who left politics after being accused of spying on the president of the Community.

The new regional leadership gets underway showing its pride in other party leaders, such as Esperanza Aguirre, although Serrano did not want to specify the role that he will have within the new team.

1 The Generalitat Valenciana celebrates 40 years of... 2 The Barcelona Hotel Guild forecasts 85% occupancy... 3 The regional government launches a cycle of children's... 4 Three arrested for spraying a man with a spray to... 5 PAU 2022 in Valencia: dates, times and location of... 6 The French Government apologizes to Liverpool fans:... 7 Eight years of internment for the young man who gouged... 8 The lawyer from Gran Canaria who was burned alive... 9 Pepe Serra will continue as director of the MNAC for... 10 Felipe VI extols "the values ​​and identity"... 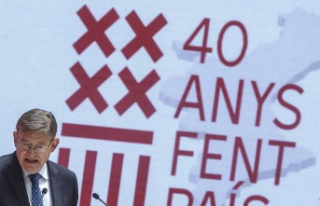 The Generalitat Valenciana celebrates 40 years of...