Miguel Serrano walks an ear in the second of the Potter

Jesús Llobregat opened the afternoon against an eral from Rodríguez de Montesinos who said little about the start and sowed chaos in the banderillas third. 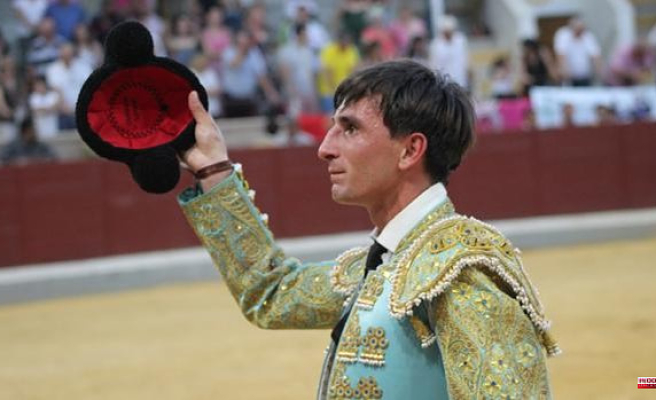 Jesús Llobregat opened the afternoon against an eral from Rodríguez de Montesinos who said little about the start and sowed chaos in the banderillas third. He went very head-on to kick Raúl Cebadera and he was smeared, with no apparent entry hole. On the crutch he was disregarded before the bullfighter's tackle and accusing the innumerable passes to leave 4 sticks in banderillas. He did what he could with the sword and it got too long and there were dramatic moments when a banderillero lost his footing and Llobregat was almost hit. With the sword he was not successful and he heard two warnings.

Ceci raffled off a fair animal of strength before which he wanted to please himself with the cape and on the crutch he could only pass it through both pitons without the task taking flight.

He wanted the steer, but he couldn't.

In the third he returned to Villaseca Corruco de Algeciras and dismounted after a great par to a steer that was not focused. With the crutch it was seen that Cid de María is a capable bullfighter and that he was willing to take advantage of the few attacks. Too bad the animal sought more flight than a frank fight. The sword didn't work either.

Mariscal Ruiz honored the surname and shone in banderillas. With his crutch he got out with pleasure and smoothness. The height of the sword helped him try to draw long, especially on the right. The steer developed difficulties and the job got mixed up. He began the return to the arena and they protested, standing in applause with greetings.

Miguel Serrano went to the bullpen gate for the fifth. he fought the veronica with taste and personality and was boisterous and resolute in banderillas. He toasted the public and always wanted to give the bull the advantage to gladly run his hand through both pythons. The steer always came loose from the cites and that made it difficult to bond in the batches. He closed with ballet flats and killed with a great lunge in which he really threw himself and tore his satchel. He cocked a meritorious ear.

In the one that closed the celebration Tristán Barroso was sensational with the capote and in the remove by chicuelinas. With the crutch he was always very firm and knew how to give the animal what it asked for at all times, although it was changing attacks. The sword took everything. 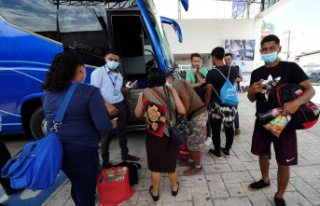