Ariel Winter: «The dubbing of a video game can be the most rewarding»

Ariel Winter (Virginia, 1998) will not win an award for the best 'gamer' in the world. 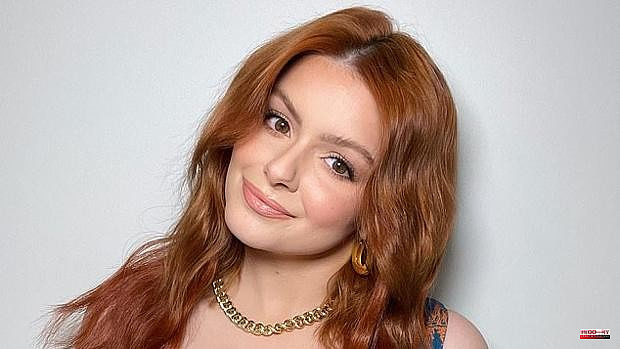 Ariel Winter (Virginia, 1998) will not win an award for the best 'gamer' in the world. His first experiences mashing buttons were with a Game Boy in his hands, that gadget that so many screen lovers created a little over two decades ago. Back then, he was killing time playing Pokémon. Now, the actress, especially known for her role as Alex, the 'smartass' of the Dunphy family in the comedy 'Modern Family', explains to ABC that she tries it with 'Call of Duty', but that, although she enjoys it, Does not stand with ball. In recent months, she has dedicated her voice to one of the protagonists of 'The Quarry', a new teen horror graphic adventure produced by Supermassive Games ('Until Dawn', 'Man of Medam').

A title in which the decisions made by the player completely determine the development and conclusion of the story. It is available from this Friday on PlayStation and Xbox.

“Having the opportunity to work on this video game was amazing. The narrative section is very careful and it is incredible, ”explains Winter. In the video game, the interpreter gives voice and face to Abigail, one of the nine camp monitors around which the story revolves. The young people prepare to say goodbye to summer and work with a night party, however, it does not take long before everything begins to go wrong. It will depend on the decisions that the player makes, and on his skill with the controller in his hands, whether all the protagonists can survive the threats that lurk sheltered at night.

“Abigail is a very artistic and withdrawn girl. She loves to spend time drawing in her notebook. She has a crush on one of her classmates, but she can't bring herself to say anything to him. She is like the creative version of Alex in 'Modern Family'. She has been a character that, from the beginning, was very familiar to me », says the actress. Although she points out that neither of them, neither Abigail nor the middle of the Dunphys, have much to do with her in real life: «I am much louder and more animated than them. I have no problem saying what I want. I am very confident."

The genre of graphic adventure within the video game is, perhaps, the most cinematographic that the 'gamer' can find. The weight of the work is sustained especially by the narrative; even ahead of the gameplay. In the case of 'The Quarry' -as is the case with other great recent exponents of the genre, such as 'Detroit: Become Human' or the 'Life is Strange' saga- the objective of the developers is to ensure that whoever holds the command is willing to complete the proposal as many times as necessary until discovering all the possible endings. In the new Supermassive Games title there are 186 different outcomes depending on the decisions made.

"The production value is so high and so amazing that I can't imagine anyone wouldn't love to play this video game. It looks like a movie and this allows it to be interesting both for those who are used to playing the game and for those who just want to have fun with a good story, "says Winter.

'The Quarry' is not the first video game in which the actress participates. During the past decade, she has voiced characters from sagas such as 'Kingdom Hearts' or 'Final Fantasy'. She also knows well what her job is in dubbing animated series and movies; moreover, she has been working on this since she was barely five years old. Asked about what type of production is most interesting to her professionally, Winter is clear: «The dubbing of a video game can be the most rewarding. Especially in a case like this, because even Abigail's face is identical to mine. Working with the cameras and monitors to capture every detail of my face and movement is one of the most amazing experiences I've ever had."

1 Mar Espinar weighs leaving politics if she is not... 2 Abraham Mateo: «Madrid can be the new Miami if we... 3 Russia expands its military presence throughout sub-Saharan... 4 Kuril Islands: the other front with which Putin wants... 5 Italy holds municipal elections, a test for the 2023... 6 Macron, an 'absolute monarch' surrounded... 7 Historical decline of the traditional right and left... 8 The French legislatures announce the fracture of traditional... 9 A 23-year-old man drowns in the Navacerrada reservoir,... 10 Review white blood cells without a single prick 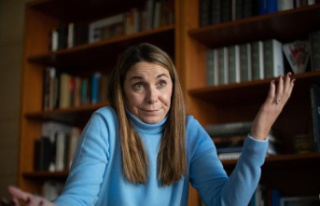 Mar Espinar weighs leaving politics if she is not...