The United Nations officially recognizes the existence of 54 African states. 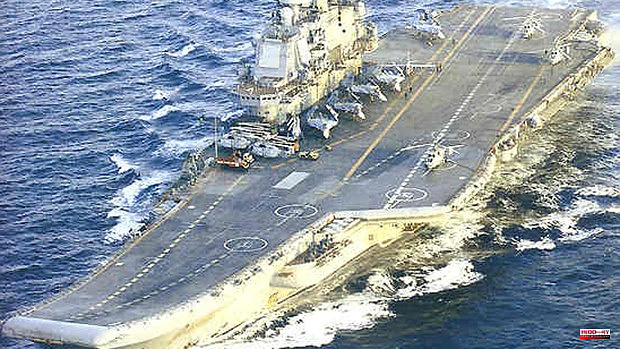 The United Nations officially recognizes the existence of 54 African states. The latest, South Sudan, which joined the UN in July 2011. In October 2019, 43 leaders from the 'dark continent' came to Sochi to celebrate the first Russian-African summit together with President Vladimir Putin. That family photo was enough to warn the dimension of the Russian penetration in Africa, promoted to a great extent in the last decade.

International trade with sub-Saharan Africa is increasingly dominated by China's expansionist bulimia, but it is Russia that, for some time now, has marked its territory militarily with massive arms exports and contingents of mercenary troops. According to the SIPI institute, a year after the Sochi summit, Russian industry already accounted for 30 percent of the African arms trade, compared to 5 percent for the US and 7 percent for France.

The interests at stake – and the fear of upsetting Moscow – were highlighted during the vote on March 2 at the UN to condemn the invasion of Ukraine. Of the 54 African states, 28 voted in favor of Ukraine and 25 abstained; only the Eritrean dictatorship voted conspicuously in favor of Putin's decision.

In many countries with a recent past as allies of the former Soviet Union, the times of the Cold War continue to weigh heavily. Also medium or long-term interests. There are a hundred open border disputes in Africa, and some regimes controlled by the military do not rule out having to one day resort to the precedent created by Putin with Ukraine.

For Russia, on the other hand, sub-Saharan Africa represents, as President Putin himself said in Sochi, “a continent of opportunities”. Economic in the medium term, due to its immense natural resources. And policies in the short term, more so now with the ongoing war in Ukraine, given the proximity of Africa to Western Europe.

Analysts of Russia's military penetration in the dark continent speculate on two ways or possible strategies of the Kremlin. The first is a repetition of the soft power of the former Soviet Union in sub-Saharan Africa: Moscow offers former European colonies security in exchange for access to the exploitation of their natural resources. The second strategy, on the other hand, would be less direct: promote political instability in African regimes, through the export of weapons and the distortion of electoral processes. An unstable continent -and the consequent consequence for massive emigration to Europe- would entangle the Old Continent from the north and from the south, and would make a negotiation of the European Union with Russia unavoidable.

The military penetration in Africa is carried out through open and institutional means and through contracts of authoritarian regimes with the so-called Russian 'private military companies', the best known being the Wagner military services company.

An example of the first path is represented by Sudan, which this year made official the agreement with Moscow to establish a Russian military base in Port Sudan, with the aim of "ensuring peace and stability in the region" of the Red Sea. The Sudanese regime has downplayed the authorization because "the Russians already have military bases in other parts of Africa, and they do not threaten our national security."

Russia, a traditional ally of 'neutral' Algeria, has been courting the Algiers regime for several years to build a naval base in Oran, which would serve both the Maghrebi regime's interests – to frighten Morocco – and those of Moscow, which wants at all costs to have that counterweight against the control exercised by NATO in the Mediterranean. The successive delegations sent since last year by Putin to Algeria have run into the refusal, until now, of the Algerians.

Western Intelligence believes that Russia is also in the process of building ground bases in the Central African Republic, Madagascar and Mozambique.

The main Russian penetration is, however, through Russian private military companies. According to the Washington Center for Strategic and International Studies (CSIS), from 2016 to today the presence of Russian mercenary contingents has gone from 4 to 28 countries, of which 18 are in Africa. In a statement to the 'Washington Post', the head of the US Africa Command, Admiral Milton Sands, warned that the objective of Russian private military companies is "to exploit the mining resources of one country, before going to another, leaving it poorer and more insecure. The action of these alleged mercenaries – the Kremlin rejects having links with them, although they are obvious – favors Russia's strategic objectives in Africa: to control regimes, through the supposed protection it gives to their leaders and the training of their armed forces, to extract resources and increase instability, by becoming involved in internal armed conflicts.

The most vivid examples are the Central African Republic and Mali. Wagner's mercenaries arrived in Bangui in 2018 to help the regime in the fight against the rebels, and soon also gave protection to the Russian company that settled in the country to exploit gold and diamonds. Wagner is accused by the UN of war crimes in the country.

From Bangui the company moved to Mali in 2021, which in March of this year celebrated with joy the arrival of the Russians after the final departure of the French troops and the end of the EU mission (with a strong Spanish presence). The Malians celebrated in the streets the substitution of the French troops for the Russian ones with welcome posters in which the image of the musician Richard Wagner stood out, muse of the mercenaries who act rather to the tune of the one played by the Kremlin.

1 Kuril Islands: the other front with which Putin wants... 2 Italy holds municipal elections, a test for the 2023... 3 Macron, an 'absolute monarch' surrounded... 4 Historical decline of the traditional right and left... 5 The French legislatures announce the fracture of traditional... 6 A 23-year-old man drowns in the Navacerrada reservoir,... 7 Review white blood cells without a single prick 8 Algorithms and virtual reality to train public speaking 9 A wave of layoffs hits technology entrepreneurship 10 María Benjumea: «The war can reduce investment in... 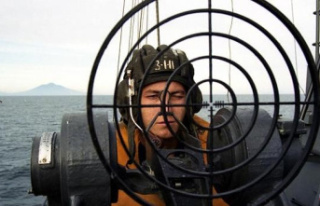 Kuril Islands: the other front with which Putin wants...