Kuril Islands: the other front with which Putin wants to stealthily destabilize the West

Russia agitates the waters of the Pacific and the maneuvers that it is carrying out together with China have set off the alarms of the most attentive. 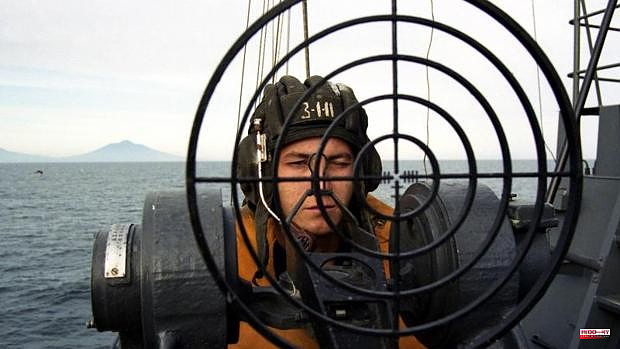 Russia agitates the waters of the Pacific and the maneuvers that it is carrying out together with China have set off the alarms of the most attentive. It is a wake-up call and comes to put on the table that Japan's worst fears were not unfounded. Japanese authorities have accused Russia of "illegally occupying" the Kuril Islands. Fact that he points out in his diplomatic Blue Book, which is a report that collects the voice of the Japanese government about what is happening in the world. Putin in response has increased the military presence in the area.

To the West, the Kuril Islands may not sound like anything, but key interests move around them. The Kuriles are a chain of islands that are located between the Russian peninsula of Kamchatka, to the north, and the Japanese island of Hokkaido, to the south, separating the Okhotsk Sea from the Pacific.

Specifically, the four islands that Japan claims are: Kunashir, Shikotan, Iturup and Habomal. And they refer to them not with the Russian denomination of Kuriles, but as Northern Territories.

As Federico Aznar, analyst at the IEEE, explains, "the whole of the China Sea is constrained by a perimeter known as the 'first chain of islands' that starts from the Kuriles, and is made up of a set of islands, reefs and islets of different belonging (China, USA, Russia, Japan) that act as a maritime retaining wall against the interests of a single country. It is the so-called 'island chain' strategy, a program initiated during the Cold War that is a geopolitical fence. For example, to overcome this gap it is essential that China or Russia be able to diversify their maritime routes, and that is precisely what both are now doing. As the expert José Luis Fiori said: "who has world power is not the one who directly controls the 'heart of the world', it is the one who is capable of surrounding it, as the United States did and continues to do."

Enrique Ayala, an analyst at Fundación Alternativas and a retired brigadier general, points out that "those islands did not belong to anyone until 1855, but that year the Shimoda treaty was signed, in such a way that from Iturup to the islands to the south they were Japanese. , and the rest were from Russia. In 1875, in exchange for Japan giving up its rights to the island of Sakhalin, off the coast of eastern Siberia, Russia ceded the rest of the Kuril Islands to Japan. But this changed at the end of World War II, as a reward for their work, with the Treaty of San Francisco the Kuriles became Russian, something that Japan never accepted. The Japanese said that a territory that had never been theirs could not be returned to Russia.

More recently, Russia's 2020 constitutional reform allowing Putin to run again also prohibited the return of Russian territory to any foreign country. And the Russian government has always feared that if it returned them, US forces would be deployed to them. At the same time, Japan cannot take them back by force, according to the Japanese Constitution after World War II. In 1949, the 17,000 Japanese residents on the islands were forcibly deported. And until recently, regular visits by Japanese relatives of those displaced after the war were allowed to pray at ancestral shrines. In return, Japan accepted critically ill Russian patients from the islands to be treated in its health system. Today the dispute continues, and the sanctions decreed by the West, as a result of the war in Ukraine, have increased its strategic value for the Kremlin.

These islands control access to the Russian Sea of ​​Okhotsk, where Russian nuclear deterrent submarines are based. In turn, they give the Russian fleet access to the Pacific, based in Vladivostok, and allow them to control any foreign submarine incursion. For this reason, the Russian Government has proceeded to increase and modernize the troops deployed there. The Kuriles also have a strong economic importance, because it is an area rich in gold, silver, iron, titanium and rare metals, such as rhenium, used for the manufacture of supersonic aircraft. It also constitutes an enormous fishing, gas and oil reserve.

And at the end of 2021, Putin approved an amendment that turned the islands into a tariff-free zone, exempting companies from taxes and revealing the commercial weight that the region possesses. Furthermore, the Kuriles may play an important role in the development of the trade route linking Europe with Asia, through the Arctic. Something for which China feels a huge interest, since it would shorten the time of their trade routes, and they would pass through allied territory in the process. In fact, the Bank of Japan had partnered with Chinese and Russian banks to finance the Arctic LNG-2 pipeline. Producing twice what Japan receives with the Sakhalin-2 gas pipeline. As Fernando Cortiñas, professor at IE Business School, comments, "countries don't have permanent friends, they only have permanent interests."

Since 2014, with the annexation of Crimea, Russia's objectives have changed and Japan has imposed a series of sanctions. Before that Japan wanted to join forces with Russia to control the growth of China, but the Japanese over time felt more threatened by Moscow's ambivalence. A military and technical approach that increased with Trump and resulted in the deployment of battle tanks and air defense missile systems. And this week Putin has announced that a series of Russian naval exercises will be held in the Sea of ​​Japan and the Sea of ​​Okhotsk, involving more than 40 warships.

Meanwhile, China takes advantage of the resources and attention diverted to Ukraine to increase its ambitions, reaching agreements with the islands of the territory. It is no coincidence that Chinese and Russian planes carried out joint flights, breaking into its airspace, according to Japan, just when Biden was attending the Quad summit in Japan (the alliance of Japan, Australia, India and the US) that took place has focused on the dispute over the Kuriles and Taiwan. For this reason, Professor Cortiñas considers that although China's help in Ukraine is ambiguous, this aerial maneuver in the Pacific zone clearly shows its support, which would substantially change the threats and distribution of forces. For all this, in the Pacific area interests simmer, but they can disrupt the security of the West.

1 Italy holds municipal elections, a test for the 2023... 2 Macron, an 'absolute monarch' surrounded... 3 Historical decline of the traditional right and left... 4 The French legislatures announce the fracture of traditional... 5 A 23-year-old man drowns in the Navacerrada reservoir,... 6 Review white blood cells without a single prick 7 Algorithms and virtual reality to train public speaking 8 A wave of layoffs hits technology entrepreneurship 9 María Benjumea: «The war can reduce investment in... 10 The sprint of the Spanish startup ecosystem conquers... 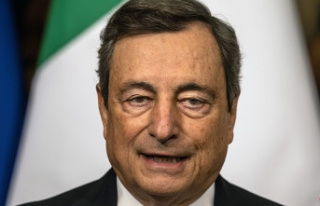 Italy holds municipal elections, a test for the 2023...