Isaac Albéniz wrote in the third notebook of 'Iberia', his great masterpiece: 'Lavapiés'. 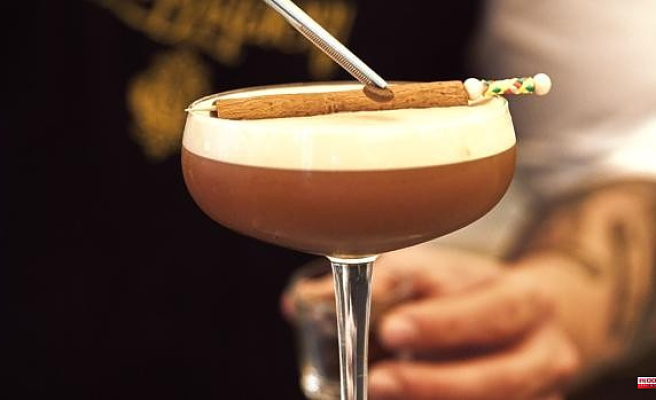 Isaac Albéniz wrote in the third notebook of 'Iberia', his great masterpiece: 'Lavapiés'. A pizpireta piece in which the notes seem to run over each other, a reflection of the ordered chaos and the life of the neighborhood par excellence of Madrid. The history of the city and of music that Café Barbieri wants to honor by dedicating a cocktail from its liquid menu: the 'Albéniz Pornstar Martini'. A drink that, beyond its irreverent name, aims to collect a century after this piano work was created, the essence of the multicultural and diverse Lavapiés that it is today. A recipe from the South African mixologist Douglas Ankrah that is added to a series of liquid proposals with which this Madrid temple founded in 1902 pays tribute to characters and celebrities who also have a historical or emotional link with the neighbourhood.

Francisco Asenjo Barbieri himself, who gives the space its name, for example, who put music to one of the most traditional zarzuelas: 'El barberillo de Lavapiés'. "Legend has it that sometimes he left aside the coffee to drink Sherry with a touch of cinnamon," say those responsible for this idea. This spicy touch is the star of the 'Cinammon Espresso Barbieri' cocktail.

Or Agustín Lara, the Mexican who bequeathed the most traditional chotis of Madrid to the city with that 'when you get to Madrid, my swagger I'm going to make you empress of Lavapiés'. A 'daiquiri' is named after him to remember how inspiring this universal neighborhood can be. Musician and native of Madrid, the genius from Úbeda Joaquín Sabina also has a drink in his honor: a 'Sabina Pisco Sour'. The quintessential Peruvian cocktail that, as they explain, the singer who has his home there likes.

The birthplace was, in Lavapiés, another of the most important singers and actresses that Madrid has seen born: María del Pilar Cuesta Acosta. The girl who was born on Calle del Oso carries the flavor of an 'Ana Belén Mojito' with which its creators want to take the 1920s underground. «During Prohibition in the US, all celebrities traveled to Key West, in Cuba, to discover the Mojito. With this cocktail we want to be the new Key West of Lavapiés, where you come to discover the neighborhood where Ana Belén was born”, they explain.

Lavapiés owes a debt to another woman from Madrid, castiza and poetess: Gloria Fuertes. A poet on duty and one of the children, she was born on Calle Espada. There she keeps a plaque in her memory and at Café de Barbieri a 'Spicy Margarita Gloria Fuertes'. «With a citrus and a salty touch, it is created in homage to a woman, Margarita, as a metaphor for her beauty. Here we offer our own version paying homage to a traditional poetess, a lover of the Lavapiés neighborhood».

Pablo Picasso also lived in Lavapiés. He arrived in Madrid at the age of 16 to study at the San Fernando Royal Academy of Fine Arts. The few months he spent in Madrid he did so at 5 Calle San Pedro Mártir. There he coincided in time with Pepe Isbert who was barely 12 years old at the time. A tile mosaic recalls the coincidence in the building. Café Barbieri recalls the painter's time in the neighborhood with what they say was his favorite distillate: vodka. His recipe, the 'Picasso Mule' has a touch of passion fruit.

In the nights of Madrid there is no shortage of legends related to Alfonso XIII. Some of them took place –as presumed from this historic space– in the red velvet armchairs and white marble tables that this century-old café still preserves. In honor of the vermilion tone of these noble seats, a 'Bloody Mary Alfonso XIII' has been dedicated to the regal character with a spicy touch.

Vargas Llosa lived in Lavapiés and was much more than a client of Café Barbieri. There he installed a kind of office in which he translated, read and wrote while watching the incessant life of a tower of Babel parade before him. The writer, winner of the Nobel Prize for Literature, even described this bohemian café in 'The Pranks of the Bad Girl' in which he witnessed the vibrant cultural and intellectual life of Madrid. "The 'Vargas Llosa Bourbon Sour' is specially designed to enjoy the multiculturalism and exoticism that this place has managed to maintain throughout history," they say.

To another adopted Madrilenian, the young Federico García Lorca of the Residencia de Estudiantes, the Café Barbieri dedicates a cocktail that comes to amend the frustrated dream of the playwright and poet. A trip to Italy that he never managed to make and that he longed to do, as he confessed in a letter to Manuel de Falla. The 'Negroni García Lorca' is called to make this dreamlike journey in honor of the author.

The Barbieri café has been facing a new stage since last February, after an intense reform in which its historical elements have been preserved. Container of Madrid's history, it has been one of the most important centennial cafes in the capital's cultural life. Renovated, its current owner, the hotelier Paul Torriglia from Altolaguirre, seeks to "return this café to its splendor of yesteryear". A space open all day, where you can have a coffee, an aperitif, have breakfast or an afternoon snack, lunch or dinner where traditional Italian cuisine has been chosen. From a classic Sicilian 'caponata' to some 'tortellini zucca', stuffed with pumpkin and topped with pumpkin cream, Pecorino cheese and truffle cream, passing through simple pizzas –with 'burratta' and 'mortadella' or desserts such as 'tiramisu' ' or the 'panna cotta'.

1 Ariel Winter: «The dubbing of a video game can be... 2 Mar Espinar weighs leaving politics if she is not... 3 Abraham Mateo: «Madrid can be the new Miami if we... 4 Russia expands its military presence throughout sub-Saharan... 5 Kuril Islands: the other front with which Putin wants... 6 Italy holds municipal elections, a test for the 2023... 7 Macron, an 'absolute monarch' surrounded... 8 Historical decline of the traditional right and left... 9 The French legislatures announce the fracture of traditional... 10 A 23-year-old man drowns in the Navacerrada reservoir,... 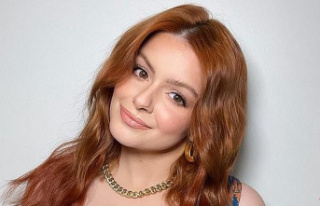 Ariel Winter: «The dubbing of a video game can be...