The president of the Diputación de Alicante, Carlos Mazón, has participated this morning in the symbolic cut of the first Breva de Albatera with which the 2022 campaign starts, whose production this year has been reduced by the rains. 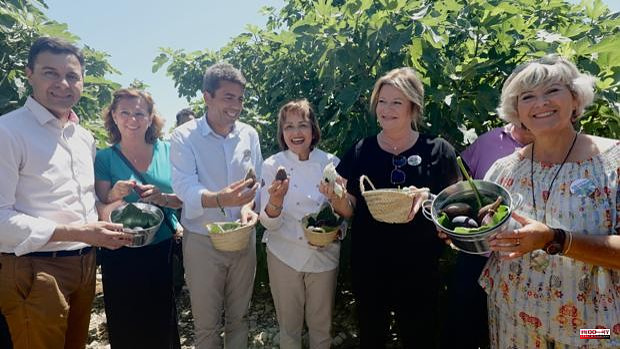 The president of the Diputación de Alicante, Carlos Mazón, has participated this morning in the symbolic cut of the first Breva de Albatera with which the 2022 campaign starts, whose production this year has been reduced by the rains. During the event, which took place on a farm in this municipality, which is the main producer of breva in Spain, with nearly 66 kilometers of cultivated land, Mazón advanced that the institution will continue to commit to "achieving the Protected Geographical Indication -IGP- for this fruit.

The president, who has once again demanded the Tajo-Segura transfer to guarantee the survival of the sector, has defended the consumption of native products "that protect the environment, are ecological, sustainable, perpetuate our traditions and constitute the livelihood of many families" .

At this point, he has transferred to the attendees the conclusions of a study commissioned by the Diputación to INECA -National Institute of Economic Studies of the province of Alicante- in which it is reflected that increasing only "5% the consumption of local products would help to create more than 45,000 new jobs in the province and stimulate our economy».

Mazón has extolled the properties of the fig, "for its quality, flavor and nutritional qualities and for being one of our hallmarks" and for this reason has advanced that from the institution "we are going to take steps to promote our quality and the The Diputación will be at the side of the Breva de Albatera Producers Association to achieve this IGP -Protected Geographical Indication- that the consumer will appreciate».

"We have the product, capacity, professionalism, dedication and love for the countryside to be able to continue working for the first time towards that PGI that will be a fundamental leap in quality", he continued.

To conclude, Mazón has praised this year's godmother, whom he has assured that she is "defender of our products and a pioneer in the world of women in the highest gastronomy", while alluding to the work carried out by the team of municipal government in the promotion of the breva.

The mayor of Albatera, second vice president and deputy for the Water Cycle, Ana Serna, the deputy for Economic Development, Sebastián Cañadas, the deputy for the Environment, Miguel Ángel Sánchez, the deputy for European Projects, María Gómez, as well as the councilor for Agriculture, Environment Environment, Tourism and Commerce of the municipality, Amparo Pérez Berná, the godmother of the act, the cook María José San Román, the president of the Breva de Albatera Producers Association, Juan de Dios Santos, and other authorities have participated in this traditional date.

Ana Serna has encouraged citizens to continue consuming this fruit so characteristic of Albatera and Vega Baja, as it is "a traditional, close and quality product, with multiple nutritional properties", while recognizing "the effort and hard work of farmers whose reward is very small, because they depend on external factors to have a good harvest, but agriculture has the capacity to recover and they will continue to receive our full support.

For his part, Juan de Dios Santos lamented that the forecast for this year fell by 70% compared to the previous campaign, "a production reduced by the rains", although he assured that "the quality is still very good". Much of the breva harvest is directed, as every season, to the national and European market, although countries such as Canada are also regular consumers.

During her turn to speak, the godmother of the event wanted to send a message of recognition to agriculture and the people who work in it. "In this job is the beginning of life, it is the most difficult job in the world and the most reviled, but it must be valued because it is of the utmost necessity." After acknowledging that the breva is part of the Mediterranean Diet, San Román has predicted that, with regard to primary products, "we will only be better if we are able to feed ourselves better."

The provincial institution collaborates periodically with the Breva Breva de Albatera Producers Association, since its constitution in 2012, in order to develop different initiatives aimed at promoting it in meetings, fairs and events such as the Fruit Attraction International Horticultural Fair, at the which the Diputación attends annually.

This fruit of traditional cultivation and proximity has a registered trademark and gastronomic recognition for its numerous health benefits. It is in Albatera where the largest extension of fig fields in the entire province and in a good part of the national territory is found, with special mention of the colar variety.

1 A worker dies after falling into a manhole on a farm... 2 Blow to the Trinitarians of Tarragona who were closely... 3 A Saharawi minister asserts that Algeria has already... 4 Vox launches a parliamentary offensive against Pedro... 5 The Prosecutor's Office points to Mónica Oltra... 6 The Diputación de Alicante will acquire an emblematic... 7 South African President grilled by Parliament about... 8 Two Texas Chainsaw Massacre Victims Who Wrote 'I... 9 The crisis with Algeria puts almost 2,000 million... 10 «Teamwork» and «Ageas - Team Baie de Saint-Brieuc»... 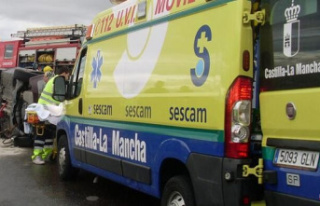 A worker dies after falling into a manhole on a farm...