The Saharawi Minister of Social Services, Suelma Beiruck, has expressed that the rupture of Algeria's commercial relations with Spain due to the turn in its policy in Western Sahara is the first token to move against "a betrayal by the government of Pedro Sanchez. 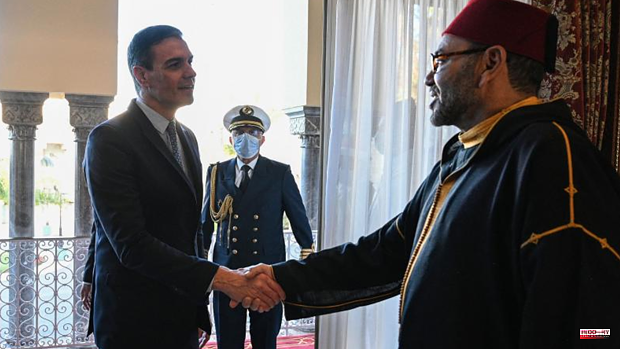 The Saharawi Minister of Social Services, Suelma Beiruck, has expressed that the rupture of Algeria's commercial relations with Spain due to the turn in its policy in Western Sahara is the first token to move against "a betrayal by the government of Pedro Sanchez."

As he explained during his visit to Gran Canaria, Algeria has reacted after "having given many opportunities" to Madrid, to "make clear" what it has considered an "unfair position" of support for Morocco's proposal to offer the occupied Saharawi territories occupied a status of autonomy within their country.

For the minister, Pedro Sánchez "continues in his intransigence", as he reiterated yesterday in his speech. In his opinion "this is not a betrayal of the Spanish people or the politicians of Spain" but "a betrayal of Pedro Sánchez" that hides a "strategy" that although it is still unknown "is the reason for this decision and will be known sooner how late”.

There is "some pressure on Sánchez", who "is using the Saharawi people as a bargaining chip", he has expressed. Algeria, on the other hand, "is in favor of the struggle of a people," and his decision is "a demonstration of solidarity and support."

For the minister, "nobody can speak or decide for the Saharawi people" and has confirmed that they will continue "fighting for our rights", and that they have the support of the international community.

The president of the Cabildo de Gran Canaria, Antonio Morales (NC), has shown his "support and solidarity" to the Saharawi people and has once again reiterated his rejection of the turn of policy taken by Pedro Sánchez.

He has declared that at this moment "especially transcendent for the Saharawi people and for international geostrategy", Morocco is once again using "blackmail" against Spain, which "will undoubtedly affect the Canary Islands and generate instability in the islands and in the north of Africa".

The president of the Cabildo has denounced that Morocco "uses the waters of the Canary Islands as an element of pressure and has already affected artisanal fishing, causing the disappearance of fishing fleets that stopped at our ports", as well as tomatoes and prospecting in the vicinity of the islands. In his opinion, this Moroccan "blackmail" "cannot be allowed" because "it undoubtedly affects the future of the Sahara and the Canary Islands" and the commitment defended with the Sahara.

In addition, he has reiterated his opinion on the link "between Pegasus espionage on several members of the Spanish Government and this decision taken", because "following the dotted line we reach the same conclusion, that Morocco is probably there".

He has reiterated his "support and solidarity" for the Saharawi people and has insisted on the need to "respect the human rights of the occupied territories and international law."

1 Vox launches a parliamentary offensive against Pedro... 2 The Prosecutor's Office points to Mónica Oltra... 3 The Diputación de Alicante will acquire an emblematic... 4 South African President grilled by Parliament about... 5 Two Texas Chainsaw Massacre Victims Who Wrote 'I... 6 The crisis with Algeria puts almost 2,000 million... 7 «Teamwork» and «Ageas - Team Baie de Saint-Brieuc»... 8 The Illes Balears Clàssics recovers this year the... 9 Solo crossing and A2 of the Real Club Astur de Regatas 10 Iceta is rooted in the defense of the audiovisual... 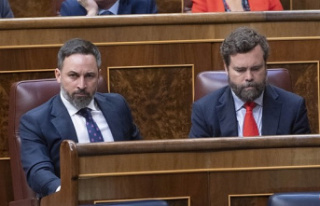