Algeria's decision to suspend the Treaty of Friendship with Spain was still going on this Thursday in the Congress of Deputies. 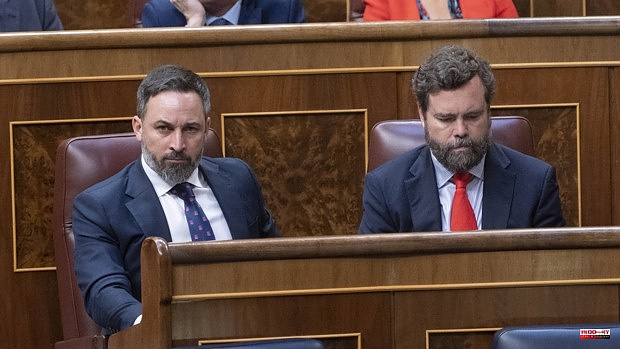 Algeria's decision to suspend the Treaty of Friendship with Spain was still going on this Thursday in the Congress of Deputies. This time it has been Vox who has announced a parliamentary offensive against the Government, after the "mess" and "ridicule" in foreign policy since Pedro Sánchez changed his historical position regarding the Sahara in March and recognized the autonomy of the former Spanish colony under Moroccan sovereignty.

The Vox spokesman in the Lower House, Iván Espinosa de los Monteros, has listed at a press conference the battery of initiatives registered by his group, one day after Ciudadanos (Cs) requested the appearance of the ministers José Luis Albares (Foreign ) and Teresa Ribera (Ecological Transition), and that the PP also requested that of Albares.

Vox claims those two names, but also asks that the head of Agriculture, Luis Planas, go to Congress for the consequences that the Algerian pulse may have.

In addition to the three requests to appear, Vox has registered several questions to the Government. Ask him to detail the impact that Algeria's recommendation to freeze foreign trade operations with Spain will have, how it will affect Spaniards, what economic consequences it will have for Spanish companies operating in that country and how it will affect gas prices In addition, in a context where Spanish imports are key for Europe due to Vladimir Putin's war in Ukraine and shortages due to the drop in supplies that came from Russia.

After a few weeks in which the Pegasus case and the allegedly foreign espionage on government terminals, including President Sánchez's cell phone, have dominated public opinion, Vox also demands that the Executive specify what impact Algeria's decision will generate in terms of security and intelligence. Lastly, he asked what position the Executive would take in response to the Algiers challenge.

This same Thursday, Albares has promised a reply "serene, constructive and in defense of Spain" and has also ruled out that it will affect the gas supply. But Sánchez's appearance in Congress this Wednesday is very recent, in which the chief executive promised that his visit to Rabat and the change of position regarding the Sahara would not affect relations with Algeria, just a few hours before of this country breaking off friendship with Spain.

Espinosa de los Monteros, this Thursday, recalled that its leader, Santiago Abascal, already asked Sánchez about the consequences that his decision was going to have in the relationship with Algeria without the socialist leader giving it greater importance. Once again, the parliamentary spokesman for Vox has demanded the resignation of the president and the early call for elections. "Spain does not deserve this punishment."

The "mess", said Espinosa de los Monteros, is the responsibility of the Government for "insulting" the Spanish gas supplier "unnecessarily" by accepting behind Algeria's back, sensitive to the Saharawi cause, the Moroccan plan on the Sahara after decades defending a solution within the framework of the United Nations that would go through a self-determination referendum. Abascal, this Wednesday, snapped at Sánchez in his appearance that this turn only commits him and not Congress, which has reiterated its rejection of the PSOE plan on several occasions, nor the next Government of Spain. Sánchez "made a fool of himself" this Wednesday, Espinosa de los Monteros remarked, denying consequences for his lurch over the Sahara.

1 The Prosecutor's Office points to Mónica Oltra... 2 The Diputación de Alicante will acquire an emblematic... 3 South African President grilled by Parliament about... 4 Two Texas Chainsaw Massacre Victims Who Wrote 'I... 5 The crisis with Algeria puts almost 2,000 million... 6 «Teamwork» and «Ageas - Team Baie de Saint-Brieuc»... 7 The Illes Balears Clàssics recovers this year the... 8 Solo crossing and A2 of the Real Club Astur de Regatas 9 Iceta is rooted in the defense of the audiovisual... 10 Culture reserves a quota of 25% to authors in co-official... 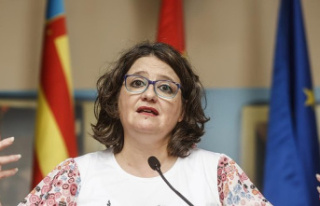