The Superior Prosecutor's Office of the Valencian Community considers that the management of the vice president of the Generalitat, Mónica Oltra, and her team from the Department of Equality and Inclusive Policies, in the case of sexual abuse of a 14-year-old minor under guardianship by her then husband, could constitute prevarication, abandonment of minors and omission of the duty to prosecute crimes. 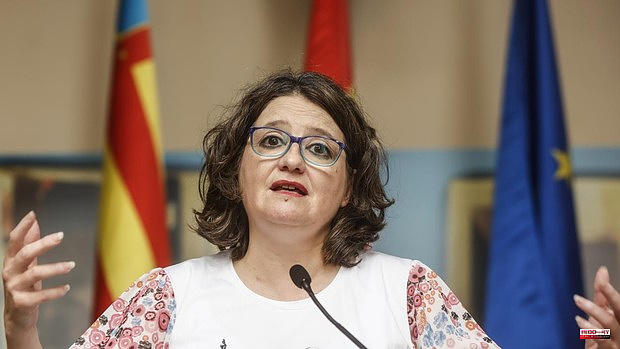 The Superior Prosecutor's Office of the Valencian Community considers that the management of the vice president of the Generalitat, Mónica Oltra, and her team from the Department of Equality and Inclusive Policies, in the case of sexual abuse of a 14-year-old minor under guardianship by her then husband, could constitute prevarication, abandonment of minors and omission of the duty to prosecute crimes.

This is highlighted in a 69-page brief - which ABC has accessed - sent to the Civil and Criminal Chamber of the Superior Court of Justice that must decide whether or not to charge the vice president - qualified by her status as a regional deputy - in the case with thirteen charges and officials of the autonomous department investigated for the alleged cover-up of the educator Luis Ramírez Icardi, sentenced to five years in prison and awaiting appeal in the Supreme Court.

The head of the Investigating Court number 15 of Valencia submitted to the TSJ a reasoned statement, which the public prosecution reproduces in its report, so that the leader of Compromís appeared as investigated in the procedure in the face of indications that the Public Ministry considers "relevant".

In this sense, it asks the high court that "as many steps as necessary be carried out to complete the investigation of the events -which occurred in 2017- and the determination of the degree of participation of the appraised person", but it will not assess until "a later moment" whether the entire case should be concentrated in the same Chamber - which it considers competent for that purpose - or not.

«In the account of the facts, in the terms contained in the Reasoned Exposition, a guideline can be indirectly noticed throughout them: in the first part, a process of concealment of the facts by organizations of the Ministry of Equality of the Generalitat Valenciana and, secondly, a process of disqualification of the credibility of the minor by said organizations, ”indicates the Prosecutor's Office.

In this sense, he describes the initial action of the Generalitat, when the minor reported the abuses in February 2017, as "incompatible and incomprehensible with the seriousness of the facts", since "not only are they not reported", but they are also not put to the knowledge of the Police, or the Juvenile Prosecutor's Office, or the Administration of Justice» until four months later, in June, after hearing the story from two National Police officers who went to the residence for another matter.

Some behaviors, asserts the Public Prosecutor's Office, that "show signs, of a considerable intensity, that reveal again the scarce, lazy or null will to proceed to clarify the facts" despite the "high number of public officials" who knew what occurred, "thus preventing a police, prosecutorial and judicial investigation".

The Prosecutor's Office fully attributes the alleged crime of prevarication to Oltra, understanding that it was the vice president who ordered the opening of an investigation parallel to the judicial one - when she found out what happened in August because a judge had already decreed a restraining order for the aggressor on the victim - to “distort the credibility of the minor”.

"There is no other way to explain the behavior" of the officials in his charge, "hiding and discrediting." “It assumes a pre-established plan. It is evident that this order was not written, given its flagrant illegality, but verbal. And a strong indication that said order was issued by the appraised is that all those who intervened in the events always maintained [...] the same exculpatory version of the Ministry of Equality, "underlines the letter.

“It is impossible for officials of such a diverse nature and category, from technicians in minors to psychologists, heads of service and directors of centers and territories, to unanimously maintain the same version of the facts, which constitutes a strong indication of the meaning of said verbal order that evidences its arbitrary and unfair character, lacking any justification and support in law, “he argues.

1 The Diputación de Alicante will acquire an emblematic... 2 South African President grilled by Parliament about... 3 Two Texas Chainsaw Massacre Victims Who Wrote 'I... 4 The crisis with Algeria puts almost 2,000 million... 5 «Teamwork» and «Ageas - Team Baie de Saint-Brieuc»... 6 The Illes Balears Clàssics recovers this year the... 7 Solo crossing and A2 of the Real Club Astur de Regatas 8 Iceta is rooted in the defense of the audiovisual... 9 Culture reserves a quota of 25% to authors in co-official... 10 The Government tries to take the meeting on the future... 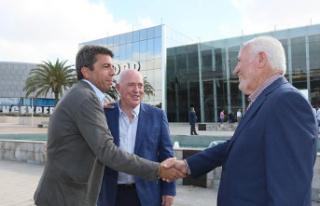 The Diputación de Alicante will acquire an emblematic...