Mazón: «Our challenge is to position Alicante extra virgin olive oil as an international reference»

The president of the Diputación de Alicante, Carlos Mazón, has closed this Thursday at the MARQ the 'I EVOO Congress: culture, gastronomy and health', where he has assured that the province has an extra virgin olive oil (EVOO) of « incomparable quality" that has become a sustainable and local product, "indispensable in our Mediterranean gastronomy". 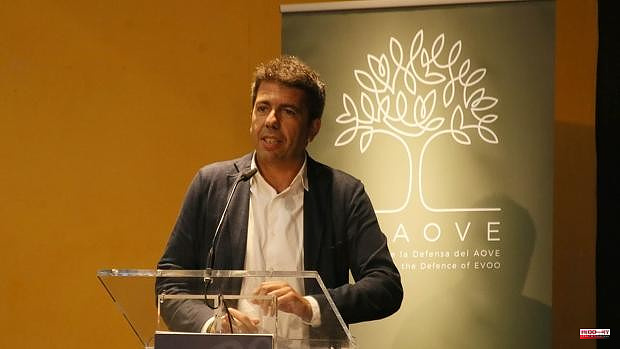 The president of the Diputación de Alicante, Carlos Mazón, has closed this Thursday at the MARQ the 'I EVOO Congress: culture, gastronomy and health', where he has assured that the province has an extra virgin olive oil (EVOO) of « incomparable quality" that has become a sustainable and local product, "indispensable in our Mediterranean gastronomy". As he has highlighted, the challenge now is to "position it as an international benchmark."

Mazón, who has defined this congress as an "extraordinary initiative behind which there is a lot of previous work", has insisted that the first edition of this event has "assured success, not only because of the previous work that there is, but because of the future challenges that are extracted from it».

After welcoming the attendees to both the city of Alicante and the MARQ, and inviting them to enjoy the gladiator exhibition, »a unique and exceptional exhibition«, the president maintained that reaching this goal, that of being a national reference international market for extra virgin olive oil, "as ambitious as it may seem, it is feasible due to the components of our product, its quality, the care and professionalism used in its preparation".

"We have the land, the elements and the weather and now we must make that leap in quality in luxury components, with a very strong sector," he stressed.

Mazón has defended that the union of the Chamber of Commerce, the City Council and the Provincial Council in disseminating this conclave «is not just a wink, it is a commitment and an institutional reinforcement that highlights the strategic commitment to our land and our products ».

In addition, as the president recalled, citing data from a recent study by INECA, consuming just 5% more Alicante products would increase the number of new jobs in the province by 45,000, boosting the economy.

Finally, he has advocated for the oil-producing lands in Spain to work as a united sector, and not to compete, while specifying that from the Costa Blanca Board "we will promote the promotion of our oil, hand in hand with Turisme GVA, with attending fairs to spread the product, thinking about the universality of the sector».

Mazón wanted to conclude his speech by acknowledging the work of producers and farmers, whom he considers to be protagonists “of the success of our oil, and what we administrations have to do is support and collaborate in its dissemination. That is the example of public-private collaboration », he has testified.

The closing ceremony was attended by the mayor of Alicante, Luis Barcala, the general director of Tourism of the Generalitat Valenciana, Herick Campos, the president of ADAVOE, Juan Riera, the association for the defense of EVOO, as well as speakers and speakers, participants and sponsors of the event.

The day has been developed in the Assembly Hall of the museum through three different blocks. In the first of them, dedicated to health, doctors, nutritionists and experts in food science and technology have participated, who have addressed the virtues and healthy benefits provided by extra virgin olive oil.

The second section, gastronomy, has had the involvement of chefs and sommeliers who have detailed the properties and possibilities of EVOO in the kitchen and the numerous elaborations that have this product as a base, while, in the third, focused on the legislation and marketing, the need to implement measures that help and promote the image of this golden liquid through strategies for its differentiation and enhancement has been highlighted.

Since its presentation in Alicante just a year ago, the Provincial Council has promoted the Association for the Defense of Extra Virgin Olive Oil (ADAOVE) with the aim of promoting this characteristic product of Mediterranean cuisine and one of the hallmarks of the Brand. Spain.

Although Andalusia is positioned as the leading producer of virgin olive oil, the province of Alicante has become the epicenter of research and dissemination of practices and tools related to this matter.

The entity was also born with the purpose and commitment to coordinate collaboration between farmers, oil mills, cooperatives, marketers, distributors, hoteliers, researchers and institutions to position the oil as one of the privileged products of the kitchen.

1 They ratify the sentence against a resident of Villarrobledo... 2 The oldest book in Galicia leaves the vault of the... 3 Von der Leyen announces in Warsaw the release of European... 4 “We are going to kill you”: Moroccans are convicted... 5 The specialist in 'simpas' from Valladolid... 6 The schooner 'Atyla' gains strength in Vigo... 7 Zamora welcomes the rugby players of the Iberdrola... 8 Corruption spills over into a socialist pedáneo alcalde... 9 The black smoke from his car betrays an alleged drug... 10 The strongest men in Spain meet in Torrijos this Saturday 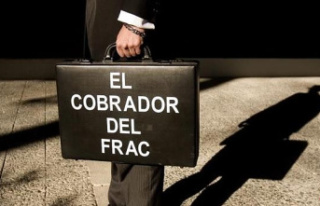 They ratify the sentence against a resident of Villarrobledo...