Zamora welcomes the rugby players of the Iberdrola Stars Match

This Thursday, Zamora received the rugby players who will participate in the Iberdrola Stars Match, a friendly match that will face next Sunday, at 11:30 a. 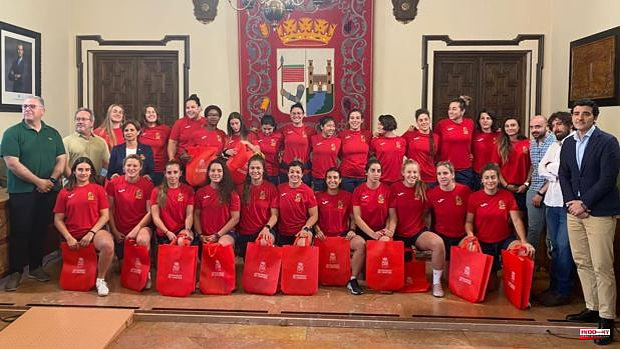 This Thursday, Zamora received the rugby players who will participate in the Iberdrola Stars Match, a friendly match that will face next Sunday, at 11:30 a.m., at the Ciudad Deportiva, the absolute Spanish National Team against a selection of the best of the Iberdrola League, the highest category of that sport.

The mayor of Zamora, Francisco Guarido, has received the athletes at the Town Hall, in an act in which the vice president of the Spanish Rugby Federation, Mariola Arraiza, also participated; the president of the Zamora Rugby Club, Carlos Martínez, and the head of Institutional Relations at Iberdrola in Castilla y León, Ignacio Antolín.

"The Department of Sports has always supported in a special way minority sports, such as rugby, as well as women's sports," stressed the councilor.

For his part, the president of the Zamora Rugby Club appreciates the collaboration of the Zamoran institutions and highlighted the work carried out by the Club for the organization of the meeting.

The Iberdrola Stars Match, which can be seen live on TeleDeporte, will have parallel initiatives aimed at bringing the fans closer to the players, for which training with the public, visits to schools and workshops for minors have been scheduled. In addition, on Saturday several matches of lower categories will be played.

"At Iberdrola, we work to give promotion and visibility to women's sport, rugby in this case, its athletes and their achievements, by broadcasting matches live on television we want to introduce it into homes and contribute to creating new benchmarks in society », affirms Ignacio Antolin.

“The responsibility that athletes have is essential to send the message to all young Spanish women that they can practice the sport they want and, what is more important, transmit values ​​such as teamwork, effort, humility or solidarity”, Add.

1 Corruption spills over into a socialist pedáneo alcalde... 2 The black smoke from his car betrays an alleged drug... 3 The strongest men in Spain meet in Torrijos this Saturday 4 An undocumented caregiver exploited by the Lugo company:... 5 Bankinter strengthens its 'Next Generation EU'... 6 These are the cheapest hours of electricity this Friday,... 7 The Miraculous Medal school joins the “50 years... 8 Spain, still far from its best state 9 Christian passes like a ghost 10 Benefits of Playing Online Casino Games During the... 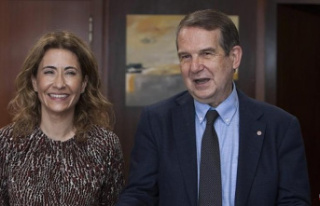 Corruption spills over into a socialist pedáneo alcalde...