Corruption spills over into a socialist pedáneo alcalde de Bembrive, in Vigo

With the 'sister-in-law case' still hot, no matter how much the Galician and Vigo PSOE refuse to offer explanations in the face of the most serious case of corruption in the Community in recent years, the party with the fist and the rose faces a new stain: the accusation that weighs on the municipal mayor of Bembrive, Marcos Castro, for an alleged continued crime of prevarication. 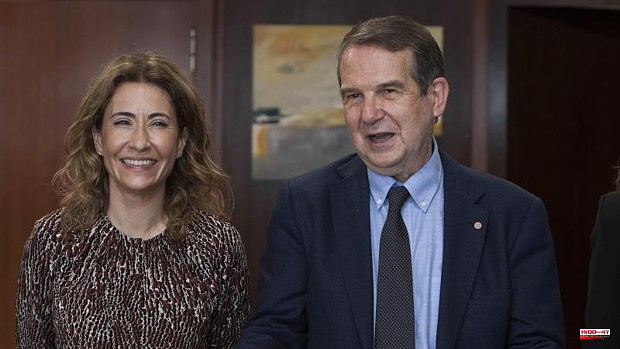 With the 'sister-in-law case' still hot, no matter how much the Galician and Vigo PSOE refuse to offer explanations in the face of the most serious case of corruption in the Community in recent years, the party with the fist and the rose faces a new stain: the accusation that weighs on the municipal mayor of Bembrive, Marcos Castro, for an alleged continued crime of prevarication. Accusation made by the Prosecutor's Office, which asks for the alderman of this Vigo parish 13 years of disqualification from employment or public office. The aggravating circumstance, on the political level: that it rains on wet. Because Castro González's predecessor, Roberto Ballesteros —who, from the PP in Vigo, is remembered as "always considered the right hand of Abel Caballero" in Bembrive—, was sentenced three times for prevarication and other crimes.

He ended up resigning.

Castro, in office since the 2019 elections, is now on the hook for contracting and paying for the supply of cider for the annual party of this local entity. According to the Prosecutor's Office, and as reported by Ep, the socialist politician would not have followed the legal procedures and ordered the payment of 250,000 euros divided into different invoices.

The events in question date from the 2019 and 2020 editions of this event, which takes place in the month of October. According to the public indictment, the municipal mayor of Bembrive, "acting with the intention of violating the principles of transparency, free competition and equal opportunities and knowing its illegality, in execution of a preconceived plan", adjudicated Directly to a company the supply contracts of the drink that stars in this celebration.

The expense was broken down into 120,000 euros in 2019 and 130,000 euros in 2020. Castro – always according to the Public Prosecutor – divided that quarter of a million up to 17 invoices, with amounts that ranged between 7,297 and 17,908 euros. Most were over 15,000. It did so, in addition, despite the objections that the controller of the local entity presented to the invoices, "because it is a verbal award without a basis in an administrative contract that supports said contract, not subjecting it to prior inspection and for totally dispensing with the procedure foreseen for the contracting of supplies that exceed 15,000 euros».

Castro, for his part, systematically lifted the suspensive objection and ordered the payments, "knowing their illicit nature." He now faces an accusation of continued prevarication that, if firm, would entail his disqualification. The trial, although it was scheduled for yesterday, in a criminal court in Vigo, was suspended, according to the aforementioned agency.

If convicted, Castro would have the dubious honor of adding his name to that of Ballesteros, who first received a seven-year disqualification sentence for withdrawing the remuneration of PP members in the Neighborhood Board; and then another of two years and two months in prison, and another seven of disqualification, for paying for a work that was never carried out —which led to the crimes of false documentation, prevarication and embezzlement—.

In a third case, last March, who was mayor of Bembrive from 2011 until he resigned in 2018, accepted nine years of disqualification for administrative prevarication, for the award of several works 'by finger', worth almost 800,000 euros, between 2013 and 2016.

1 The black smoke from his car betrays an alleged drug... 2 The strongest men in Spain meet in Torrijos this Saturday 3 An undocumented caregiver exploited by the Lugo company:... 4 Bankinter strengthens its 'Next Generation EU'... 5 These are the cheapest hours of electricity this Friday,... 6 The Miraculous Medal school joins the “50 years... 7 Spain, still far from its best state 8 Christian passes like a ghost 9 Benefits of Playing Online Casino Games During the... 10 The best cocktail shaker in Spain: «The only limit... 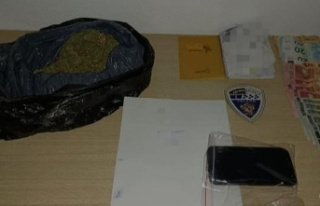 The black smoke from his car betrays an alleged drug...