The Supreme Court has ratified the sentence of seven and a half years in prison for a resident of Villarrobledo who ran over the car of an employee of 'El Cobrador del Frac', who claimed a debt, with the intention of killing him with a mechanical bull. 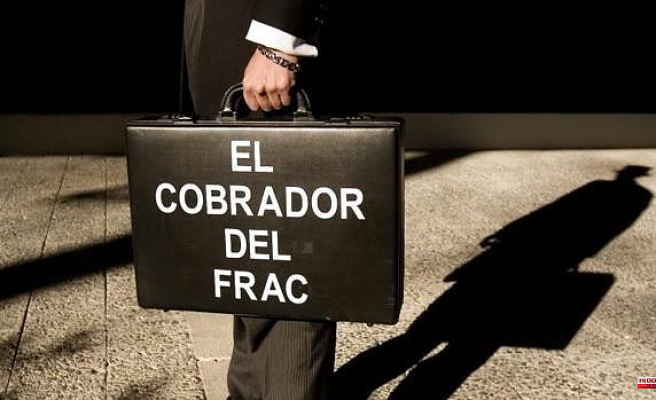 The Supreme Court has ratified the sentence of seven and a half years in prison for a resident of Villarrobledo who ran over the car of an employee of 'El Cobrador del Frac', who claimed a debt, with the intention of killing him with a mechanical bull.

The victim spent 28 days in the hospital with serious injuries and could have died, since when he was rammed by the mechanical bull, weighing eleven tons and about three meters high, he was trapped between the irons of his car and a wall. In addition, the convicted person will have to pay compensation of 8,772 euros jointly and severally with an insurer to Sescam.

The events occurred around eleven in the morning on March 4, 2014.

The Criminal Chamber rejects that the intention was not to kill the victim and that the facts were limited to a traffic accident, as requested by his defense. On the contrary, "he was aware of the presence" of the collector, who was not wearing a tailcoat, his characteristic suit, and was standing on the sidewalk, positioned between his car and the wall of a house, while, with the door open, he placed his jacket on a hanger to store it.

At that moment, the condemned man placed the machine he was driving, with a front shovel, "in the left lane of his direction" and invaded the opposite one to "better confront" the collector's car. Likewise, he also "did not try to brake when he reached the intersection" and "did not make any evasive maneuvers to avoid" the crash, continuing forward until, by surprise and knowing that the conductor would not have the possibility of reacting, he attacked the car.

The arms of the mechanical bull, more than a meter long, entered through the doors on the right side of the car, at the height of the occupants, crushing the seats and the bodywork, raising it to the sidewalk and moving it towards the wall.

The convicted wanted the facts to be sanctioned as a crime of injuries due to recklessness, since he called the Emergency Department to attend to the injured person and was also with him until they arrived. The Criminal Chamber rejects this argument, as well as applying the extenuating circumstance of confession, since it has not recognized the integrity of the facts nor their most substantial aspects.

Finally, the High Court considers that his conduct was clearly carried out with treachery, by carrying it out with "an instrument of enormous damaging power and in a totally surprising way, unexpected for the attacked, in such a way that not only does the result , but any possible reaction is suppressed.

1 The oldest book in Galicia leaves the vault of the... 2 Von der Leyen announces in Warsaw the release of European... 3 “We are going to kill you”: Moroccans are convicted... 4 The specialist in 'simpas' from Valladolid... 5 The schooner 'Atyla' gains strength in Vigo... 6 Zamora welcomes the rugby players of the Iberdrola... 7 Corruption spills over into a socialist pedáneo alcalde... 8 The black smoke from his car betrays an alleged drug... 9 The strongest men in Spain meet in Torrijos this Saturday 10 An undocumented caregiver exploited by the Lugo company:... 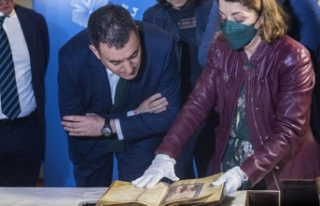 The oldest book in Galicia leaves the vault of the...