The schooner 'Atyla', one of the eleven tall ships that will participate in the Iacobus Maris, is already in Vigo finalizing details for the expected start of the longest Jacobean route in history. 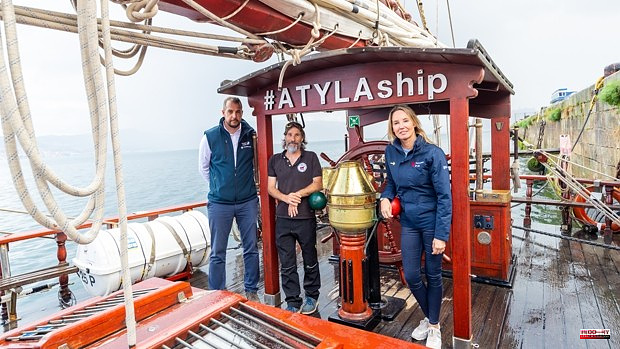 The schooner 'Atyla', one of the eleven tall ships that will participate in the Iacobus Maris, is already in Vigo finalizing details for the expected start of the longest Jacobean route in history. On Wednesday, the 31-meter-long ship moored at the Transatlantic Dock in the city of Olívica.

And this Thursday, his crew was received in an act in which Marta Fernández-Tapias, delegate of the Xunta in Vigo; Jesús Vázquez Almuiña, president of the Port of Vigo; and Mario Cardama, president of the Traslatio Foundation. After a visit to the interior of the schooner, the delegate of the Xunta stated that "it is a luxury to be able to visit these boats inside, see how they are cared for and how old some pieces are".

In July, when the Iacobus Maris arrives in Vigo, the schooner can be visited. The Iacobus Maris will start on June 25 from Genoa (Italy) to Vigo and will make stops in Valencia, Seville and Porto before arriving in Galicia.

1 Zamora welcomes the rugby players of the Iberdrola... 2 Corruption spills over into a socialist pedáneo alcalde... 3 The black smoke from his car betrays an alleged drug... 4 The strongest men in Spain meet in Torrijos this Saturday 5 An undocumented caregiver exploited by the Lugo company:... 6 Bankinter strengthens its 'Next Generation EU'... 7 These are the cheapest hours of electricity this Friday,... 8 The Miraculous Medal school joins the “50 years... 9 Spain, still far from its best state 10 Christian passes like a ghost 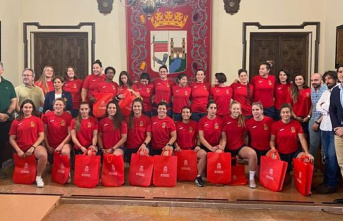 Zamora welcomes the rugby players of the Iberdrola...