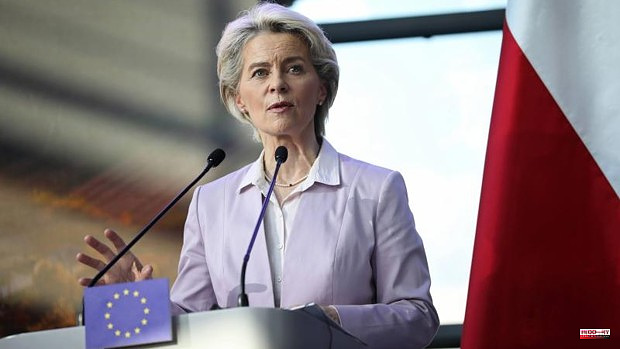 Poland experiences the news with great relief. The President of the European Commission, Ursula von der Leyen, announced in Warsaw the release, conditional on compliance with judicial reforms, of European funds for Poland's post-pandemic recovery plan, one year late compared to the rest of the funds. European partners. "The EU will closely follow the evolution of the Polish reforms in three points: liquidation of the Disciplinary Chamber, reinstatement of the dismissed judges and reform of the judicial system", warned von der Leyen, referring to those controversial aspects of the changes in the Justice of the country already approved by Warsaw and pending compliance. In a joint appearance by Von der Leyen, the Polish president, Andrzej Duda, and the prime minister, Mateusz Morawiecki, the president of the European Commission also related the decision to solidarity between European states and their unity in supporting Ukraine , especially in Poland's reception of millions of Ukrainian refugees, which it has praised for its generosity.

Despite the fact that Von der Leyen's announcement has been presented by the Government as "a Polish success", this step does not in itself ensure the transfer of the long-awaited 35,400 million euros. In the first place, the Member States of the European Union must approve the Polish budget on June 17 in Luxembourg and, if the advances in judicial freedom that Poland is making are satisfactory for Brussels, the staggered disbursement of the money will begin with the arrival of the first part of the funds planned for September. The forecast of expenses presented by the Government of Morawiecki allocates 43% of the investments in climate and environment and 20% to the modernization and digitization of the administration. For months, the Polish Government has described as "historic" the "transformation" of the infrastructures throughout the country that it plans to carry out with these funds and von der Leyen has declared that he is "eagerly" awaiting the implementation of all the projects and reforms.

The announcement of the release of European funds also represents a kind of burying of the hatchet between the Commission and the Polish government of the nationalist PiS party. After several exchanges of accusations, in which Morawiecki went so far as to affirm that Brussels was practicing economic "blackmail" against his country, a reform proposal made by President Andrzej Duda was welcomed as "a positive sign", and this expression went to his time used by Morawiecki last week to advance the expected release of funds. The Russian invasion of Ukraine is undoubtedly the trigger for a new willingness on both sides to smooth things over and show a European front that is as united as possible on all sides, leaving differences in the background that are dwarfed by the magnitude of the threat that Poland has at its doors.

Waiting for von der Leyen to specify the terms under which the European funds will be transferred to Poland, the Polish executive greets the news as an international and domestic "success" of his diplomacy. At the Brussels Summit last Tuesday, Morawiecki said he was "happy that this long process is behind us", but the truth is that the legal disputes between Warsaw and Brussels are still pending.

1 “We are going to kill you”: Moroccans are convicted... 2 The specialist in 'simpas' from Valladolid... 3 The schooner 'Atyla' gains strength in Vigo... 4 Zamora welcomes the rugby players of the Iberdrola... 5 Corruption spills over into a socialist pedáneo alcalde... 6 The black smoke from his car betrays an alleged drug... 7 The strongest men in Spain meet in Torrijos this Saturday 8 An undocumented caregiver exploited by the Lugo company:... 9 Bankinter strengthens its 'Next Generation EU'... 10 These are the cheapest hours of electricity this Friday,... 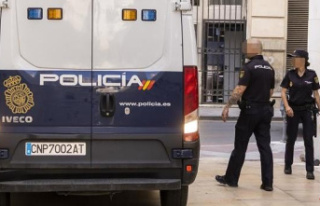 “We are going to kill you”: Moroccans are convicted...