Juan Carlos I is considering visiting Spain next weekend

Juan Carlos I deck visits Spain on a "lightning trip" this weekend. 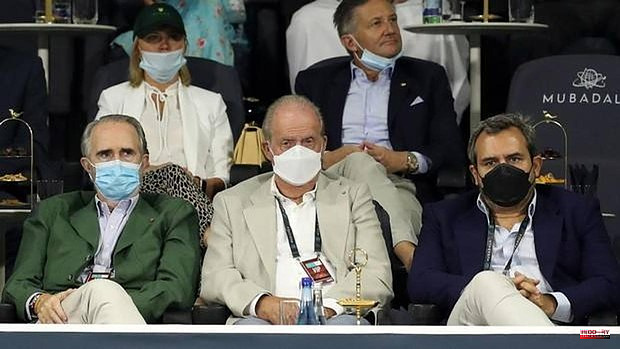 Juan Carlos I deck visits Spain on a "lightning trip" this weekend. The father of the King plans, "if there is no inconvenience that advises against it" to attend the Sanxenjo regattas that will be held on May 28 and 29, as journalists Carlos Herrera and Fernando Ónega revealed on Monday at the microphones from COPE.

The journalists have reported that Don Juan Carlos would return "shortly", after this first visit to Spain, to Abu Dhabi and would take the opportunity to go to La Zarzuela, "although without sleeping there, because it is the subject that the Government demands, or that the condition of the Government requires for everything to go smoothly»

Juan Carlos I has resided in Abu Dhabi since 2020 as a guest of Mohamed bin Zayed al Nahyan.

Before his arrival, the now Emir of Abu Dhabi reformed one of his residences so that Don Juan Carlos could feel at home. There he leads a quiet life. It is located in the Al Bateen urbanization, full of high-rise hotels overlooking the gulf, where Mohamed bin Zayed al Nahyan also lives.

As has happened so far, the day the King's father decides to return, he will notify Felipe VI in advance. He already did it when he decided to settle in Abu Dhabi in 2020 and also two months ago, when he expressed to his son his intention to stay there.

Even this Sunday, when Felipe VI had a telephone conversation with his father, the first that transcends since Don Juan Carlos left Spain. As ABC already published at the time by sources close to him, "Don Juan Carlos would never do anything that could harm his son or the Crown." Hence, he always informs Felipe VI of all the decisions he makes.

On March 7, after the Prosecutor's Office filed the cases for which he was being investigated, the King's father told his son his decision to remain in the capital of the United Arab Emirates and not to return permanently to Spain.

"I will return frequently to Spain, which I always carry in my heart, to visit family and friends," Don Juan Carlos communicated to his son, in a letter in which he also informed the King that when he returned temporarily , would be installed in private homes. It will be then, the day that Juan Carlos I is in Spanish territory, when the meeting between father and son will take place.

1 The Rueda government starts walking: "Galicia... 2 Rubiales would have paid with RFEF money for a private... 3 The EU lowers its forecasts for the war and leaves... 4 France Castel: aging with peace of mind 5 Real Madrid will host Betis this Friday on the last... 6 The departure of Jean-Baptiste Djebbari in the private... 7 Rafa Nadal loses a position and is fifth in the ATP... 8 Real Madrid and adidas present the home jersey for... 9 Dika Mem renews with Barça until 2027 10 Tania Calvo and Laura Rodríguez, ninth in the Nations... 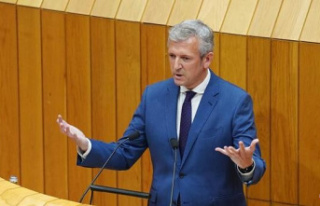