Martínez and Peralta, eliminated in the individual speed round of 32, and Martorell was 16th in the Omnium. 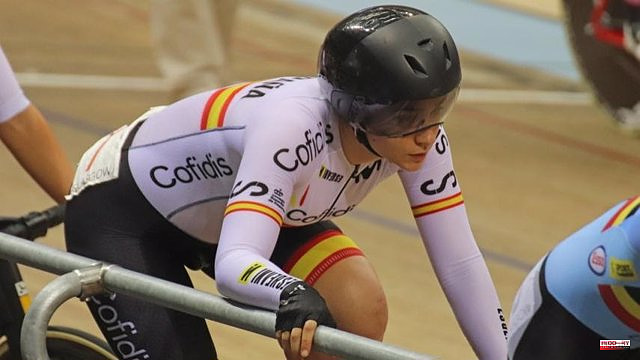 Martínez and Peralta, eliminated in the individual speed round of 32, and Martorell was 16th in the Omnium

The Spanish cyclists Tania Calvo and Laura Rodríguez finished the Madison event in ninth position on the last day of the Track Cycling Nations Cup held in Milton (Canada), with Erik Martorell sixteenth in Omnium and without the possibility of adding a new medal.

On this fourth and last day of competition in the second of the three Nations Cup events, Tania Calvo and Laura Rodríguez faced Madison as a couple and achieved the most outstanding result of the national team, by being ninth.

On the other hand, Alejandro Martínez and Juan Peralta participated in the individual speed test and both stayed in the round of 32 in the 200 meters, with a time of 10"043 for the Valencian (24th) and 10"140 for the Navarrese (26th).

Erik Martorell, meanwhile, closed his successful participation in the men's Omnium, with a 16th place finish. The Catalan long-distance runner, who won the silver medal in the Scratch test, finished the Omnium by being 14th in Scratch, 15th in Tempo Race and 21st in Elimination, while in Scoring he recovered positions after adding 14 points to reach the 41 final points and being 16th in the overall computation of the test.

1 Andrew Parsons, president of the International Paralympic... 2 The University of Deusto experiments with a methodology... 3 Xavi, undefeated at home 4 The PCAS-TC reports to the INE the alleged illegal... 5 The reason why the Valencia Metro changes the name... 6 Toledo receives this weekend with 40 degrees the first... 7 [LIVE] 82nd day of war in Ukraine: here are all the... 8 Sports promotion and economic bleeding: the double... 9 PSG: Valérie Pécresse demands sanctions against... 10 Ireland says the EU is open to dialogue but warns... 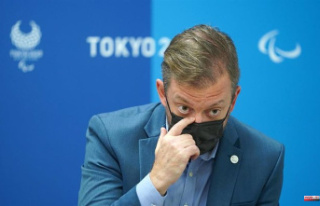