Dika Mem renews with Barça until 2027

"I am very happy to renew, it is what I wanted from the beginning". 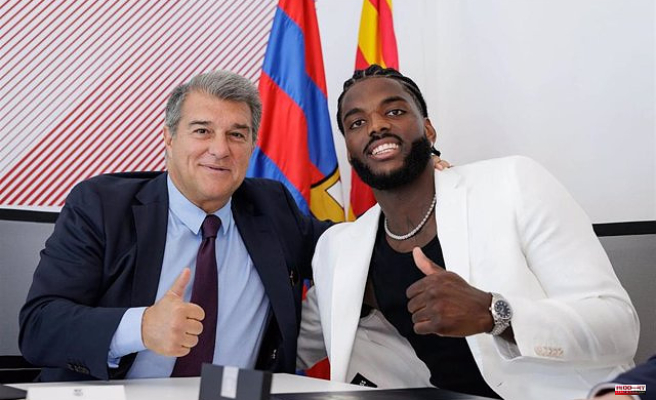 "I am very happy to renew, it is what I wanted from the beginning"

The French player Dika Mem has renewed his handball contract with Barça until 2027, in a contract extension for the next five seasons that leaves the French winger very happy, who assured that staying with the Blaugrana was his will "from the beginning".

"FC Barcelona and Dika Mem (Paris, 1997) have reached an agreement to extend the Frenchman's contract until the summer of 2027. In this way, the right-back will continue to wear Barça for the next five seasons," the club announced. it's a statement.

Dika Mem arrived at Barça in the summer of 2016. "Six seasons later, the Frenchman is one of the best players in the world, with world-class performance both in defense and, above all, in attack," the entity highlighted.

The now third captain of the team will be at the club for more than a decade if he fulfills the new contract. The side already has 33 titles with the Barça shirt, among which 6 leagues and a 'Champions' stand out.

"It's a pride. I'm very happy to renew with the club. It's what I wanted from the beginning, from the first day. I'm very happy and now I can think about other things," Mem said in statements provided by the club.

Mem pointed out that he wants to make history in the club. "I feel very good here, almost at home. I've been here for a while now. I've grown as a player and as a person, and I want to keep growing in both directions. I've always said that I want to make history at this club, make a mark in this sport and also leave a mark on Barça", he was honest.

1 Tania Calvo and Laura Rodríguez, ninth in the Nations... 2 Andrew Parsons, president of the International Paralympic... 3 The University of Deusto experiments with a methodology... 4 Xavi, undefeated at home 5 The PCAS-TC reports to the INE the alleged illegal... 6 The reason why the Valencia Metro changes the name... 7 Toledo receives this weekend with 40 degrees the first... 8 [LIVE] 82nd day of war in Ukraine: here are all the... 9 Sports promotion and economic bleeding: the double... 10 PSG: Valérie Pécresse demands sanctions against... 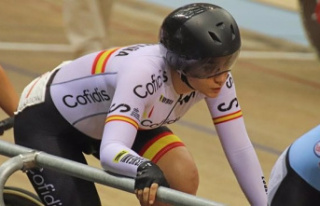 Tania Calvo and Laura Rodríguez, ninth in the Nations...