The Rueda government starts walking: "Galicia does not need swerves or radical turns"

The same faces, with just a touch up, the incorporation of Diego Calvo as second vice president. 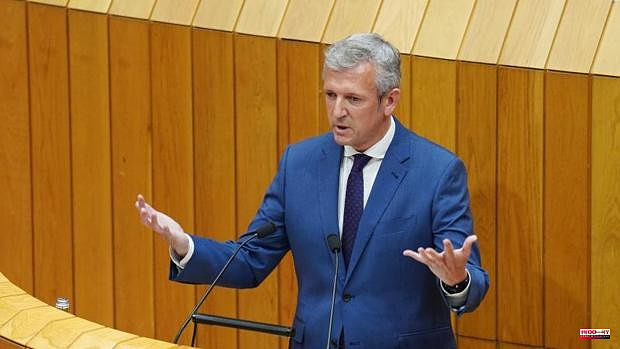 The same faces, with just a touch up, the incorporation of Diego Calvo as second vice president. Because “what works well, should not be touched”. The Rueda government begins its journey this Monday. As required by protocol, with an early act in the Pazo de Raxoi, where the councilors of the new executive have taken office, swearing or promising the position. Which is, mainly, by the person who heads it, Alfonso Rueda, already with Alberto Núñez Feijóo officially displaced to Madrid. "Galicia does not need swerves or radical 180-degree turns," the president of the Xunta insisted during the speech that closed the event.

The last to arrive, Diego Calvo, who has not tired of receiving congratulations in the Plaza del Obradoiro since a few minutes after 9 in the morning, got up early to attend a inauguration for the first time and the subsequent first meeting of the Council; and the oldest, Rosa Quintana.

Rueda, in his speech at the Raxoi Pazo Noble Hall, has defended his decision to keep the executive intact with the minimum retouch of incorporating Calvo, whose experience he has highlighted, beyond readjustments in the areas of each ministry. As reported by the president himself, from the question he asked himself, about whether Galicia was "advancing" in the "right direction", the answer was yes; and that what he had to do was "continue" working along the same lines, "with sense".

"I continue with this team because it was always mine," claimed Rueda, who has asked his team, much more than mere teammates, to continue doing "exactly the same" as under Feijóo's command, with the same "fortitude and determination"; “the same impulse, the same illusion and, if possible, continue improving”, something that the president sees as feasible. To achieve this, he has not asked to always get it right, something that he himself does not promise, seeing it as "absurd", but he has "worked many hours, as long as necessary". And to commit "always" to "try to decide conscientiously what is best for the interests of Galicians." "We can do it and we must do it."

He asks his people for something very simple and at the same time complex: an "unlimited commitment" to "help a people continue to progress" also without limits, such as Galicia. "That's what I ask of you. Sure you will. Thank you very much for staying on this boat », he told his team. The one that was already his but the one that now heads. And that he picks up where they left off before a changeover process that closes the circle.

1 Rubiales would have paid with RFEF money for a private... 2 The EU lowers its forecasts for the war and leaves... 3 France Castel: aging with peace of mind 4 Real Madrid will host Betis this Friday on the last... 5 The departure of Jean-Baptiste Djebbari in the private... 6 Rafa Nadal loses a position and is fifth in the ATP... 7 Real Madrid and adidas present the home jersey for... 8 Dika Mem renews with Barça until 2027 9 Tania Calvo and Laura Rodríguez, ninth in the Nations... 10 Andrew Parsons, president of the International Paralympic... 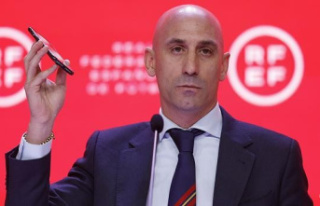 Rubiales would have paid with RFEF money for a private...