Jean-Baptiste Djebbari is visibly in a hurry to leave his post as minister and join the private sector. 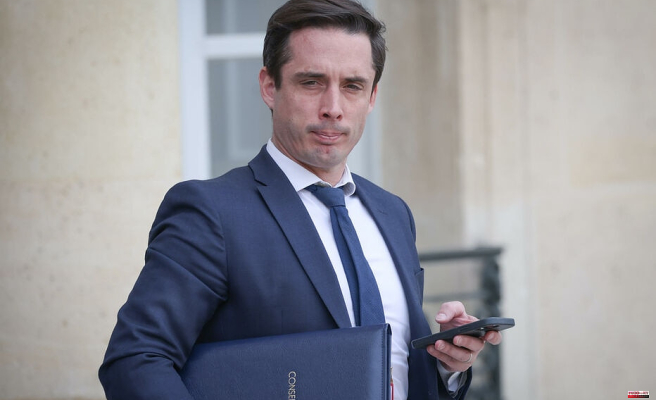 Jean-Baptiste Djebbari is visibly in a hurry to leave his post as minister and join the private sector. He had filmed himself several days ago on TikTok, a network in which he has invested heavily, in the middle of his boxes to express his expectation. A new step was taken on Monday morning, even before the reshuffle was formalized, even if it is probably only a matter of time.

In a press release issued on Monday morning, the automotive group Hopium, specializing in the construction of hydrogen vehicles, announced "the strengthening of its governance, with the proposal to appoint Jean-Baptiste Djebbari as a director, may -we read. This appointment will be subject to the approval of Hopium's next General Meeting on June 20, 2022."

Revolving doors by former ministers are common and the practice is not new. but the timing of the announcement may have caused some astonishment. Contacted on this subject by Le Parisien, the entourage of the Minister of Transport recalls that companies are forced to publish the subject of the convocation of the General Assembly 35 days before it meets. A deadline which is therefore barely respected, since the General Assembly must meet on June 20.

The HATVP has reservations

This recruitment, it should be remembered, must be subject to the approval of the High Authority for the Transparency of Public Life (HATVP). The HATVP is used to issuing reservations and commitments to be kept to avoid any future conflict of interest. This notice was finally published very quickly, no doubt because of the start of the controversy. We learn in particular that in “the state of the information available to the High Authority, the risk of illegal taking of interests can be ruled out, subject to the sovereign assessment of the criminal judge”. With regard to ethical issues, the HATVP adds that “the project of the person concerned does not appear likely to give rise to a legitimate doubt on the conditions in which he exercised his governmental functions. »

On the other hand, continues the HATVP, the future ex-minister must undertake to undertake any process with his former colleagues, and this for a period of three years. The same will apply to the members of his cabinet, those of the ministers successively responsible for the ecological transition and the services available to him as deputy minister responsible for transport, always for a period of three years.

During his mandate, Jean-Baptiste Djebbari communicated very regularly on the government's support for the hydrogen sector. On March 5, 2021, he warmly welcomed the fact that France is investing no less than 7 billion euros for the development of the sector by 2030.

Above all, Jean-Baptiste Djebbari has already had dealings as a member of the government with Hopium, the company he is about to join. On June 18, 2021, he participated alongside Olivier Lombard, the leader of the group, in the presentation of our first rolling prototype Hopium Māchina Alpha 0. Three months later, he even appeared at the wheel of the vehicle.

1 Rafa Nadal loses a position and is fifth in the ATP... 2 Real Madrid and adidas present the home jersey for... 3 Dika Mem renews with Barça until 2027 4 Tania Calvo and Laura Rodríguez, ninth in the Nations... 5 Andrew Parsons, president of the International Paralympic... 6 The University of Deusto experiments with a methodology... 7 Xavi, undefeated at home 8 The PCAS-TC reports to the INE the alleged illegal... 9 The reason why the Valencia Metro changes the name... 10 Toledo receives this weekend with 40 degrees the first... 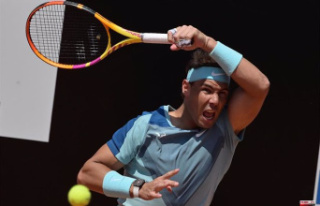 Rafa Nadal loses a position and is fifth in the ATP...