After a few days of tranquility after the storm caused by the publication of some audios of the president of the Royal Spanish Football Federation (RFEF), the controversy splashes Luis Rubiales again. 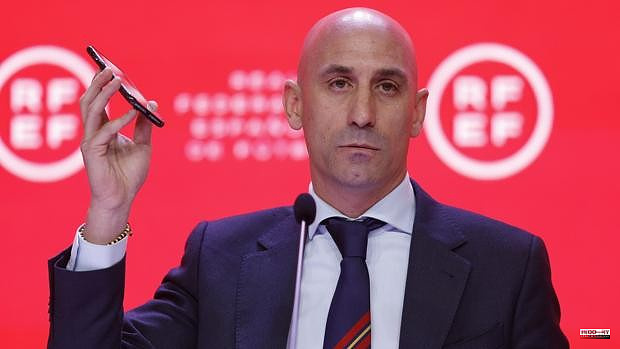 After a few days of tranquility after the storm caused by the publication of some audios of the president of the Royal Spanish Football Federation (RFEF), the controversy splashes Luis Rubiales again. On this occasion, according to what 'El Confidencial' reveals, for the alleged payment with money from the federative body for a six-day pleasure trip to New York in the company of his partner. A way of acting that could constitute a crime of unfair administration, punishable by up to three years in prison.

According to information from 'El Confidencial', Rubiales managed the trip with the El Corte Inglés travel agency and passed the expenses for flights, accommodation and rental car to the RFEF, simulating that they were expenses related to his work.

The costs of the trip, which according to various messages and audios took place from October 31 to November 4, 2018, only five months after taking over the presidency of the RFEF, include an American Airlines business class flight from Madrid to New York ; and a room at 'The Nolitan', a four-star hotel in the exclusive neighborhood of Nolita, at a rate of about 350 euros per night. Along with the meals and extra services charged in his client file of the aforementioned hotel, consulted by 'El Confidencial', they were charged to the RFEF. Specifically to the card of a third party, with initials E. F., who worked for the federal entity.

Rubiales justified that the trip to the United States responded to the holding of several working meetings with representatives of the UN and Major League Soccer (MLS). Supposedly, the president of the Federation was looking for sponsorships and possible matches in American lands, both for RFEF competitions and for the Spanish team.

However, according to 'El Confidencial', the objective was to meet a Mexican painter with whom he had a relationship and with whom he had already traveled before. In several messages to his closest environment, Rubiales gave them instructions on what they had to answer if they were asked about his visit to the United States: «For now, the version is that we have a meeting with the MLS and, later, also with the UN theme to eat with them, okay? So MLS first, tomorrow around 9, so we're leaving at 8, something like that. Then we'll meet tomorrow. And that afterwards we have to eat with the people of the UN». Some meetings that finally did not take place.

1 The EU lowers its forecasts for the war and leaves... 2 France Castel: aging with peace of mind 3 Real Madrid will host Betis this Friday on the last... 4 The departure of Jean-Baptiste Djebbari in the private... 5 Rafa Nadal loses a position and is fifth in the ATP... 6 Real Madrid and adidas present the home jersey for... 7 Dika Mem renews with Barça until 2027 8 Tania Calvo and Laura Rodríguez, ninth in the Nations... 9 Andrew Parsons, president of the International Paralympic... 10 The University of Deusto experiments with a methodology... 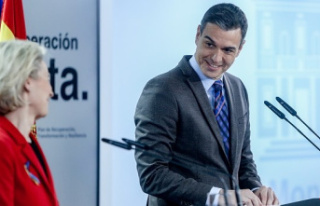 The EU lowers its forecasts for the war and leaves...