The great festival of African cycling at the Giro ended badly. 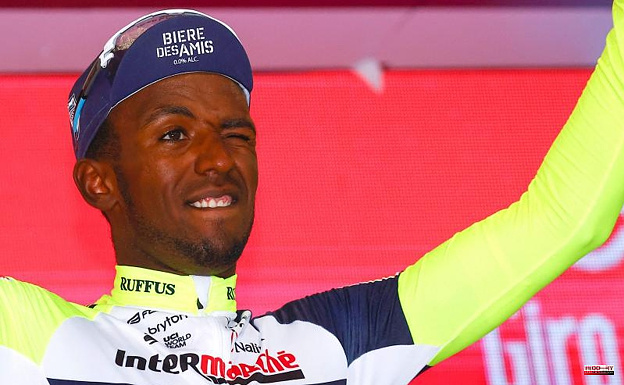 The great festival of African cycling at the Giro ended badly. The Eritrean Biniam Girmay, winner of the tenth stage yesterday, did not start today due to the consequences of the blow he received in the left eye while he was opening the bottle of prosecco that corresponds to the winner. The plug hit him in the left eye and he had to be taken to a hospital. According to his team, the Intermarché, he has no serious injuries, but, as 'La Gazzetta dello Sport' anticipates, more tests need to be done and he has to abandon the Giro in which he made history.

Girmay, 22, became Jesi's goal in the first black African to win at the Giro and at a Grand Tour. For an Eritrean like him, winning the 'pink' round has a special meaning. Eritrea was an Italian colony. Also, he did it in an anthology sprint. For the history. In a duel with one of the most powerful cyclists in the peloton, Matthieu van der Poel.

Then, already on the podium, Girmay began to uncork the bottle of sparkling wine. It is so heavy that stage winners tend to put it on the ground. And wham. Her cork shot out into her left eye. Something similar had happened to Van der Poel days ago, but the impact hit the Dutchman's eyebrow. Girmay, due to this incident, left a race in which he still had several options for victory and where he was fighting for the regularity jersey. Of course, he leaves after confirming that he is already one of the talents of the new generation and that Africa finally has a cyclist to dream of.

1 The CNMV lifts the suspension of Siemens Gamesa listing... 2 Stade Toulousain launches its NFT collection for club... 3 UK inflation hits all-time high of 9% in April 4 Shelters, sterilizations, foster families... Strasbourg... 5 Díaz announces an Inspection campaign to investigate... 6 Grupo Prim increases its sales by 27% and its Ebitda... 7 Three arrested after a violent persecution for robbing... 8 All the programming to enjoy Museum Day in Castilla-La... 9 Legislative: Marion Maréchal finally candidate as... 10 Oramas (CC) reproaches the Government for not having... 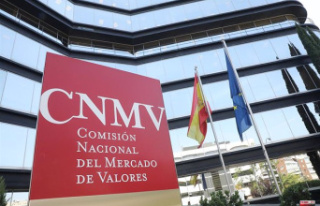 The CNMV lifts the suspension of Siemens Gamesa listing...