Agents of the National Police have arrested, after a violent persecution, three men who had just committed a robbery at a veterinary clinic in the town of Fuenlabrada, the Superior Headquarters of the Madrid Police reported on Tuesday. 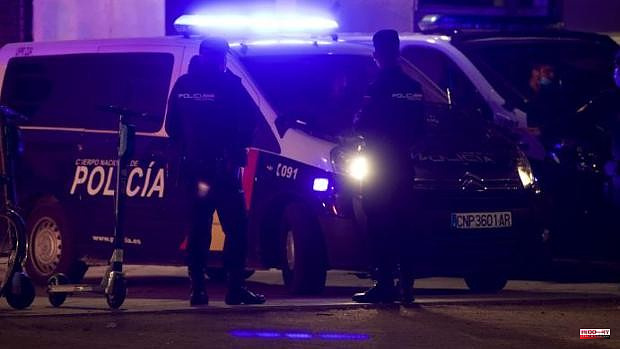 Agents of the National Police have arrested, after a violent persecution, three men who had just committed a robbery at a veterinary clinic in the town of Fuenlabrada, the Superior Headquarters of the Madrid Police reported on Tuesday.

The events occurred at the beginning of May when citizen security agents were commissioned to the veterinary center, where apparently a violent robbery had taken place at 3:30 a.m. at the hands of three individuals, who arrived at the scene with the false decoy that they were traveling with a sick animal.

But that was not the case and upon entering they threatened the employee with a screwdriver and attacked the employee in the face, demanding the safe and his personal belongings, which they took by force.

Quickly, the policemen moved to the scene, initiating a pursuit of a vehicle with three occupants who fled after giving the police stop. The pursued car, which was constantly zigzagging, at high speed and recklessly, rammed several police vehicles causing collateral damage in its path and even driving in the opposite direction on occasion.

Finally, the agents managed to intercept him in the Carabanchel district, where the escapees hit the car against a facade on Tintas street. The three occupants were arrested and actively resisted.

Later, during the superficial search and search of the vehicle, they located a safe with cash inside, a tablet, five pairs of gloves, a flashlight, a switchboard to steal vehicles, a mobile phone and a screwdriver with the that they would have intimidated the victim moments before to seize the loot.

The three men were made available to the judicial authority as allegedly responsible for the crimes of robbery with violence, damage and against road safety. Between the three they add more than a hundred arrests: the first, 37 years old and residents of Fuenlabrada, has 47 previous arrests; the second, 45 years old, has 78 previous arrests; and the third, 36 years old, 10. All three are Spanish.

1 All the programming to enjoy Museum Day in Castilla-La... 2 Legislative: Marion Maréchal finally candidate as... 3 Oramas (CC) reproaches the Government for not having... 4 959 Ukrainian servicemen from Azovstal have surrendered... 5 Russia numbers almost a thousand Ukrainian soldiers... 6 Sánchez anticipates that the Government will approve... 7 British Conservative MP arrested for alleged rape... 8 United Kingdom: the inflation rate jumps to 9%, a... 9 Will the political class have the audacity of a real... 10 Eliminating minimum sentences: a total aberration 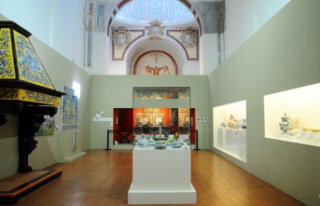 All the programming to enjoy Museum Day in Castilla-La...