All the programming to enjoy Museum Day in Castilla-La Mancha

A total of 46 activities in the eleven museums managed by the Junta de Comunidades de Castilla-La Mancha are scheduled to commemorate International Museum Day this Wednesday, May 18. 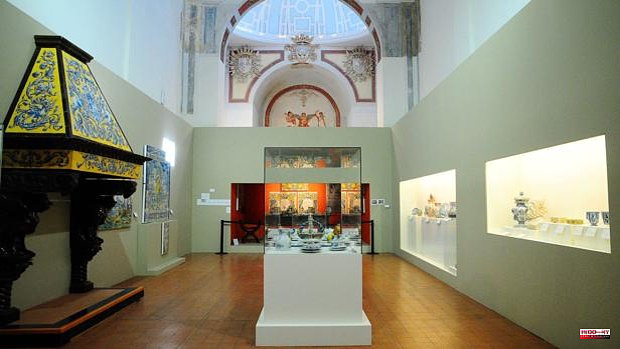 A total of 46 activities in the eleven museums managed by the Junta de Comunidades de Castilla-La Mancha are scheduled to commemorate International Museum Day this Wednesday, May 18. Among them, the music of a DJ stands out to liven up some of these spaces or a demonstration by a Talavera master potter that will be broadcast live.

The event takes place at the initiative of the International Council of Museums and this year the theme chosen was 'The power of museums'. The events will conclude on Sunday, May 22.

The vast majority of the proposals will be face-to-face and range from exhibitions, talks, conferences, workshops, puppet shows or dramatized visits to the live broadcast through the CLM Culture social networks of the work carried out by the potters from the Ruiz de Luna Museum in Talavera.

In addition, as a novelty, the presence of music stands out in some of the museum centers with various performances in the museums of Ciudad Real, Cuenca or Guadalajara, where you can enjoy the music of a DJ.

Thus, the Albacete museum will present the painting entitled 'Figure of a woman', the work of one of the most representative artists of the region, Benjamín Palencia, which has recently been acquired by the Ministry of Culture and Sports. In the same way, the new archaeological materials dating from the Bronze Age will be presented.

Music will be present at the Ciudad Real Museum and at its second venue, the Convento de la Merced, with a woodwind concert (flutes) by the students of the 'Marcos Redondo' Music Conservatory. There will also be dramatized visits, as well as a poetic-musical recital.

At the Cuenca Museum, the activities will begin on the 17th with different workshops on historical musical instruments or optical illusions. All of them for students of primary schools. In the following days there will be a workshop on the figure of Alfonso VIII and puppet theater for students from schools, as well as a workshop on ancient jewels for adults and a workshop on stained glass.

Likewise, on May 20 and 21 there will be several recitals by renowned musicians such as Manuel Murgui (piano) and Daniel Pérez (accordion) and a violin and cello duo by Ruth and Miriam Olmedilla.

The final of the 'Regional Olympiad of EntreREDes' will take place at the Castilla-La Mancha Science Museum, in which almost 6,700 students from 1st to 4th ESO have participated. From it will come out of the four winning teams that will represent Castilla-La Mancha in the National phase.

Other activities are the projection in the planetarium of 'El cielo de Chloe' where the little ones can enjoy a trip through the night sky and discover the basic astronomical notions about the best-known celestial bodies, as well as the constellations and associated legends to the same

The film 'Dinosaurs: a survival story' will be screened at the Paleontology Museum of Castilla-La Mancha, followed by a workshop; and there will be different talks and conferences such as 'Getting to know life underwater'; 'Fossils from the marine Paleozoic of Castilla-La Mancha' or 'Dinosaurs in videogames', among others.

At the Provincial Museum of Guadalajara, on May 18, a unique piece of Andalusian ceramics will be presented: 'El ataifor de Guadalajara'. It is a capital piece for the study of the European medieval world and will be the protagonist of a temporary exhibition that will bear the same name and where other ceramics recently found in various excavations in the city of Guadalajara can be displayed.

For its part, in the 'Ruiz de Luna' Museum in Talavera de la Reina, a local potter will demonstrate, with a foot wheel, the manufacture of some pieces. This activity, as was the case before the pandemic, will be broadcast live through the Facebook page Cultura @culturaenclm.

There will also be an act of homage to the Talavera poet Joaquín Benito de Lucas and a polychrome amphora from the Ruiz de Luna factory will be exhibited together with one of the poems of the honoree.

There will also be a guided tour of the temporary exhibition 'Vuelta a Casa', with pieces of Talavera pottery found in the 'González Martí' National Museum in Valencia.

At the Santa Cruz Museum in Toledo, in collaboration with CORPO, from Wednesday June 18 to Sunday June 22, you can see the exhibition 'Miradas Cruzadas', a show by the artists Nicolás Francés and Pierre-Louis Flouquet. A notebook will be made available to the public so that they can voluntarily write down their impressions.

Similarly, from May 18 to 22, you can enjoy the exhibition 'Recovering the past', an exhibition of three Mudejar panels. Two of them have been recently restored and another is in the process of being restored. Visitors will be able to download a QR code to download images and information explaining the restoration work carried out.

1 Legislative: Marion Maréchal finally candidate as... 2 Oramas (CC) reproaches the Government for not having... 3 959 Ukrainian servicemen from Azovstal have surrendered... 4 Russia numbers almost a thousand Ukrainian soldiers... 5 Sánchez anticipates that the Government will approve... 6 British Conservative MP arrested for alleged rape... 7 United Kingdom: the inflation rate jumps to 9%, a... 8 Will the political class have the audacity of a real... 9 Eliminating minimum sentences: a total aberration 10 The G7 prepares a Marshall Plan for Ukraine of 5,000... 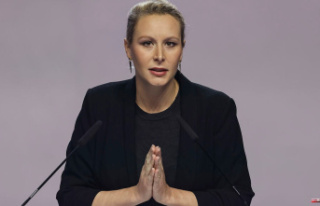