An ex-world champion is already being discussed as a replacement, although Sebastian Vettel hasn't even decided yet. 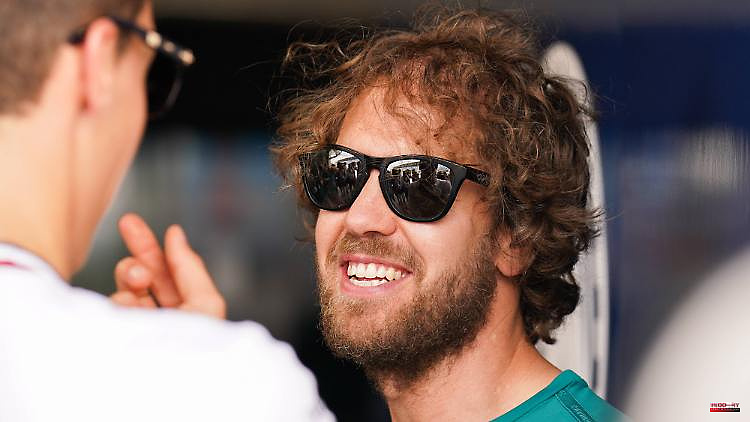 An ex-world champion is already being discussed as a replacement, although Sebastian Vettel hasn't even decided yet. However, the questions are getting louder as the Formula 1 driver plans his future. The 34-year-old is already ruling out at least one role for himself.

Usually the "silly season" of Formula 1 only reaches its peak during the summer break. But when one of the greatest drivers in the history of the sport is approaching the end of his career, questions about the future tend to be asked a few weeks earlier. Sebastian Vettel is tied to Aston Martin until the end of this season and recent statements from the 53-time Grand Prix winner suggest he is seriously considering saying goodbye at the final race in Abu Dhabi.

"I haven't made a decision yet," Vettel told the AFP news agency these days. However, the sentences that he uttered before and after appear more revealing. "I want to win," said the 34-year-old, who has only seen the checkered flag in one of five races this season. As a result of his corona infection, he missed the opening dates in Bahrain and Saudi Arabia, and on his return to Australia he piloted his AMR22 into the track barrier with serious consequences. In Imola, there were at least four World Championship points for eighth place before the next disappointment followed in Miami: Mick Schumacher cleared his mentor so that he had to park his car in the garage, which was no longer able to drive.

The fact that Vettel is still ahead of teammate Lance Stroll (two World Championship points) in the drivers' standings illustrates Aston Martin's disastrous start to the season. The high hopes for top positions had already fallen during the weak test drives, but nobody expected that things would look so bleak. In the previous year, weaker results were still accepted in order to be able to put more resources into the development of the 2022 car - with the aim of using the massive rule changes to regularly at least score points. "Finishing outside the top 10 is not what I'm here for," said Vettel, who avoids making a clear commitment beyond the season: "It depends on how the year goes." A statement that further increases the pressure on the ambitious racing team.

However, and thus back to the "silly season", Aston Martin should already be thinking about alternatives to Vettel. Because if something changes in the driver pairing, then on his side of the garage. Because as much as Lance Stroll tries to leave the image as a pay driver behind - the fact that the Canadian has been driving in Formula 1 since 2017, despite sometimes respectable driving performance, is also largely due to the fact that father Lawrence Stroll left his son with a made fit for the premier class with a funding program worth millions, continued to finance it there and bought the Force India team in 2018, which, after being renamed Aston Martin, is to fight for race victories and world championship titles in the medium term.

The four-time driver champion Vettel brings the necessary experience with him, but the strong results did not materialize apart from the surprise podium last year in Azerbaijan. Instead, it was recently said, highly speculatively, that Fernando Alonso could get into the Aston Martin from 2023. The Spaniard, who is almost 41 years old, is the oldest driver in the field, but said he intends to stay "for a few more years". He would not only just surpass Kimi Raikkonen's record of 349 Grand Prix starts, but also expand it significantly. Despite his advanced age, Alonso's class is still undisputed. His contract with Alpine also expires at the end of the season, and Aston Martin owner Lawrence Stroll is said to think highly of the 2005 and 2006 world champion.

Although his future as a decision-maker at the British racing team is no longer as clear as it was a few months ago. The approaching entry of Porsche and Audi into Formula 1 is keeping Aston Martin busy, whose new factory is currently being built and is intended to represent an important intermediate step on the planned path to the top of the field. However, there are repeated reports of talks between Audi and Aston Martin. A cooperation seems conceivable, especially since the Ingolstadt-based company has already started developing its own Formula 1 engine. Volkswagen boss Herbert Diess recently stated that the group's entry would also mean hiring German drivers if possible. However, this entry is planned for 2026, presumably too late for Vettel.

Instead, Aston Martin is focusing on major updates to make the AMR22 more competitive again at the Spanish Grand Prix (Sunday, May 22nd). As "Auto Motor und Sport" reports, the Vettel racing team is planning massive changes for the race weekend in Barcelona. The only question is whether the new parts will be ready for use in times of stagnant international supply chains. However, since the cars are completely new developments, there is at least great potential for improvement. However, this applies to each of the ten racing teams, all of which are hoping to find approaches that the competition has so far been looking for in vain.

But it's not just the sporting situation that calls Vettel's future into question. Born in Hesse, he is the loudest voice in the paddock for more environmental protection, collected rubbish in the grandstands with fans at the British Grand Prix last year after the end of the race, and in Austria he inaugurated a bee hotel with school children, to name just two examples. He loves his sport, "but when I get out of the car, of course I also think: Is that something we should do - travel around the world and waste resources?" The 34-year-old even shows understanding for people who consider him a hypocrite because of this apparent dichotomy.

"We must ensure that we live on a planet that will be as pleasant tomorrow as it is today," Vettel told the BBC. Again and again he uses the Formula 1 stage to draw attention to the climate crisis and to demand changes. In his private life, he relies on renewable energies, produces his own electricity using a photovoltaic system, and prefers to travel by train or electric car to flying. In interviews, he emphasizes that he does not want to appear missionary, but simply to tackle his own habits first. The driving force behind this is likely to be the three children that Vettel, like his entire private life, largely keeps out of the public eye.

"In the end, it all depends on what I feel," the Aston Martin driver ultimately gives little insight into his actual decision-making. Since making his debut at the 2007 US Grand Prix, Formula 1 has changed, the world has changed and so has Vettel himself. Only Lewis Hamilton (103) and Michael Schumacher (93) have won more than the German (53), who has also been the youngest world champion since winning his first title in 2010. Past successes, he freely admits, also make it difficult for him to endure being chased. However, Vettel would not leave racing completely, even if his career ended. "It's what I love," said the exceptional driver, who can imagine staying on in another role. However, he already rules out a role in which many would certainly like to see him: "I'm not going to be a TV expert." 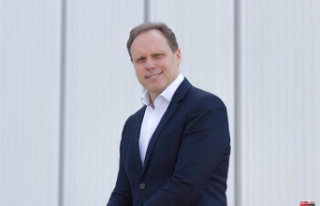