Explosive long-distance duel with Münster: The colossal game of fate for Rot-Weiss Essen

It's the ultimate showdown in the West Regional Football League: the two traditional clubs Rot-Weiss Essen and Preußen Münster are fighting for promotion. 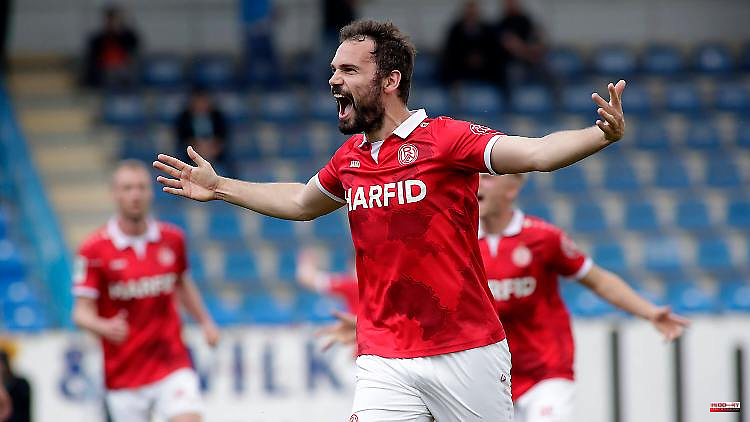 It's the ultimate showdown in the West Regional Football League: the two traditional clubs Rot-Weiss Essen and Preußen Münster are fighting for promotion. Only the first rises. Both teams are level on points and close in goal difference. A drama is programmed.

The stadium is sold out, the euphoria is boundless - everything is ready for the long-awaited return to the third division at the traditional club Rot-Weiss Essen. "For me, it's the biggest game of my career. We can do something big," said captain Daniel Heber before the last matchday of the Soccer Regional League West. RWE, the (still) trapped Ruhrpott giants, the German champions from 1955, and their big rivals Preußen Münster have been fighting a bitter duel at the top of the table for months, with the ultimate showdown coming on Saturday. Essen is expecting Rot Weiss Ahlen, the Prussians, tied on points, will meet 1. FC Köln II.

Essen has the slightly better goal difference (2 and more goals scored) and sees itself at an advantage before the dramatic heart-stopping final. "We have a home game, the booth is full and we're first," said striker Simon Engelmann of "Reviersport". But the fear of another failure is great before the most important game in the club's recent history at RWE. The promotion, which is so important in terms of sport and finance, was narrowly missed twice recently. Helmut Rahn's club last played third-rate in the 2007/08 season. "I was very often close to promotion. Now we have to take the last step," said Engelmann.

For this last step, trainer Christian Neidhart even separated at the beginning of May. Sports director Jörn Nowak took over on an interim basis. "We wanted to set an impulse again", Managing Director Marcus Uhlig justified the somewhat surprising step. It helped. While Münster went 0-0 at SC Wiedenbrück on the penultimate day, Essen took the lead with a 3-0 win at SV Rödinghausen. This should definitely be successfully defended with the help of the 16,500 spectators on Hafenstrasse.

If it doesn't work out in the end, a fan would be partly responsible. In a direct duel against Munster three months ago, a firecracker throw caused the game to be abandoned when the score was 1-1 in the second half. Two Prussia players suffered a bang trauma, Münster was awarded the victory by the sports court. The club will decide after the season whether to sue the perpetrator. Police are also on alert ahead of the season finale. "Our audience," says Uhlig, "is even more emotional than elsewhere." The club appealed to the fans to refrain from attacking the field after the final whistle. Because on Sunday, the duel between SGS Essen and Carl Zeiss Jena in the women's Bundesliga is still pending on Hafenstrasse.

Munster, German runner-up in 1951, is hoping for the support of the Ahleners. "It's only over when it's over," said coach Sascha Hildmann. 14,300 spectators will support his team in the Prussian Stadium, which is also sold out, and look anxiously towards Essen. In any case, the wish of Münster's sports director Peter Niemeyer will not come true. "Basically, both traditional clubs belong at least in the 3rd division," said Niemeyer. Only one will cheer on Saturday. 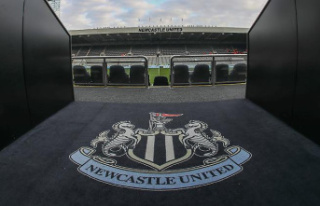