FA Cup with old friends: Klopp and Tuchel's draw series has to end

The English Cup final is determined by the German coaching duel: Thomas Tuchel and Jürgen Klopp have more in common than just coaching two top clubs. 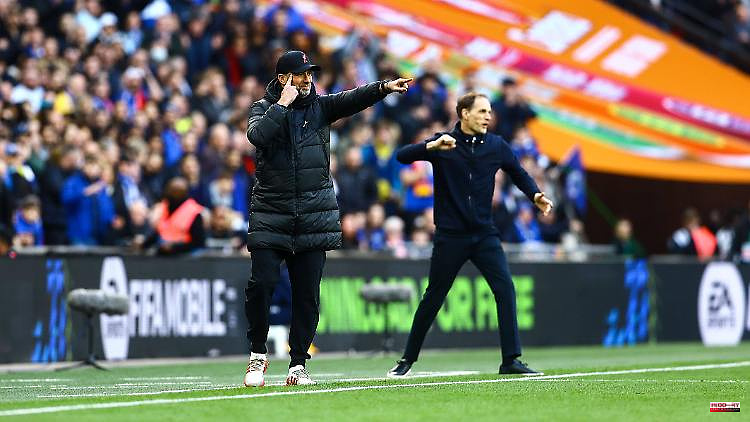 The English Cup final is determined by the German coaching duel: Thomas Tuchel and Jürgen Klopp have more in common than just coaching two top clubs. At Wembley Stadium, Chelsea are looking to make up for last year's lost final, while the Reds are dying for a cup win.

The FA Cup is particularly important to Jürgen Klopp. "Until this season, Liverpool's competitive record hasn't been a cause for big parties since I arrived," he joked. The popular coach, who still has a small chance of winning four historic titles in one season with Liverpool FC, is in the English Cup final for the first time and meets Thomas at Wembley Stadium on Saturday (5.45 p.m. / ntv.de live ticker). Tuchel and Chelsea.

"I absolutely love this competition," said Klopp, despite previous disappointments for which he claimed "mitigating circumstances", "because the focus at the time was on re-establishing the club." It is now all the more important for the fans to finally win the FA Cup again.

"It's the most prestigious, traditional trophy in the world," enthused Chelsea coach Tuchel ahead of the eagerly awaited encounter at Wembley. "There aren't many games that are bigger." Last year, the Blues narrowly missed out on the title, losing 1-0 to Leicester City in the final. Liverpool were last in the final ten years ago - and then lost to Chelsea. The trophy last went to Anfield in 2006.

Klopp is looking forward to seeing his German coaching colleague, six years his junior, who followed him as coach at both Mainz 05 and Borussia Dortmund. "It's great that I'm seeing Thomas Tuchel again after we've met three times this season," said the 54-year-old. "By the way, all the games have ended in a draw, which shows how competitive it is between our clubs."

In the Premier League there was a 1-1 draw at Anfield and a 2-2 draw at London's Stamford Bridge. The final of the rather insignificant League Cup in February was only decided in favor of the Reds with the 22nd penalty. "We gave everything in the game," Tuchel recalled, "but we were unlucky and lost."

In the much more important FA Cup, it should now be the other way around when it comes to Tuchel, especially since it is the last chance for a trophy. "Obviously that doesn't give us the League Cup back," said the Chelsea manager. "But it makes a season that much nicer when you can win a final at the end." It would be a particular triumph for the sanctioned club, who are currently banned from signing players or negotiating deals.

After a slight lull and three league games without a win, the Londoners shot themselves out of their mini-crisis by beating Leeds United 3-0. But against in-form Liverpool, things will be a little tougher for the 2021 Champions League winners. "We're playing against one of the strongest teams in the world," warned Tuchel. "They're incredibly difficult to beat but that's what the cup final is about, it's about winning and we have to find a way to beat them. We need some luck."

With the exception of a 1-1 draw at Tottenham Hotspur, Liverpool have been winning one after the other for weeks. However, the team can only win the Premier League if leaders Manchester City fail in the remaining two games. Two weeks after the FA Cup Final, Liverpool will face Real Madrid in the Champions League final. Klopp and the Reds still have a score to settle with the royals after losing the 2018 final. However, all of this has to be hidden on Saturday. "We are here today," Klopp clarified in the FA interview. "In the final! Really cool." 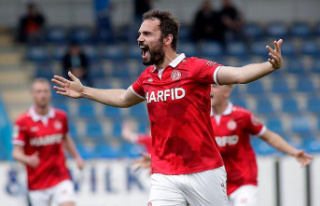