At the Ice Hockey World Championships, Germany starts against Canada, just like at the Olympics. 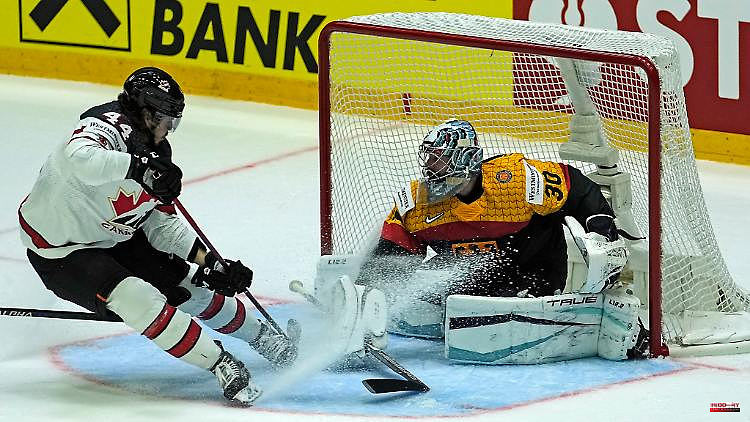 At the Ice Hockey World Championships, Germany starts against Canada, just like at the Olympics. The North Americans, this time boosted with their NHL cracks, also benefit from many mistakes made by the opponent. Coach Söderholm's team is now meeting the team that only a few months ago ended the German Olympic dream early on.

As in the Olympic fiasco, Germany's national ice hockey team started the World Cup tournament with a defeat against Canada. In the 3: 5 (0: 2, 1: 3, 2: 0) against the defending champion, the selection of national coach Toni Söderholm in Helsinki showed itself to be improved and willing to make Beijing forget the misstep. The rejuvenated national team made too many mistakes against the record champion, who was recruited from NHL stars in a different way than at the Olympics, and must improve for the second task: on Saturday evening (7:20 p.m. / Sport1 and MagentaSport) Germany is again challenged against Slovakia, who came third in the Olympics .

"I think it's okay. They punished us for some mistakes in the first third, the second third was okay, but the result wasn't," said Söderholm at Sport1 and MagentaSport. "That was okay, I think. We can still improve as the tournament progresses," said NHL professional Tim Stützle.

So Söderholm experienced a bad start at the World Cup in his home country, even if the impression was significantly better than three months ago at 1: 5 in Beijing. "The character and the mood in the team is good, the boys support each other," said Söderholm.

However, the performance did not come close to the 2021 World Cup in Riga. A year ago, an outstanding goalkeeper Mathias Niederberger led the Germans to their first World Cup victory over Canada in 25 years on their way to the semi-finals in Riga. Philipp Grubauer from the Seattle Kraken from the NHL could not prevent the defeat this time and was not yet the strong support. In view of the short break, it cannot be ruled out that Niederberger from the champions Eisbären Berlin will play against the Slovaks.

Against Slovakia it is also important to make one forget an Olympic disappointment: The 0:4 in Beijing had led to the end before the quarter-finals. "Then it's just a matter of taking three points," demanded Seider, looking ahead to the second World Cup game.

The only 18-year-old exceptional talent Sillinger from the Columbus Blue Jackets overcame Grubauer when the German defense did not bring the puck out of their own third. The 0:2 by Dubois almost looked like a copy, again the Olympic tenth could not clear.

But the fourth in the 2021 World Cup improved, was clearly superior at the beginning of the middle section and was rewarded with the goal. But stupid penalties brought the favorites back. Outnumbered, Canada cleverly, consistently and coldly played out their playful and running superiority. In the final third it was only enough for Germany in the majority to make up for the result. 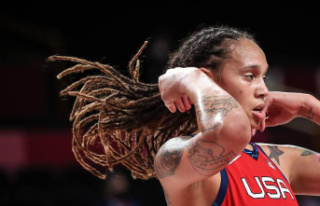 Serious allegations against Griner: US superstar must...