"No to the Law of Social Dangerousness. 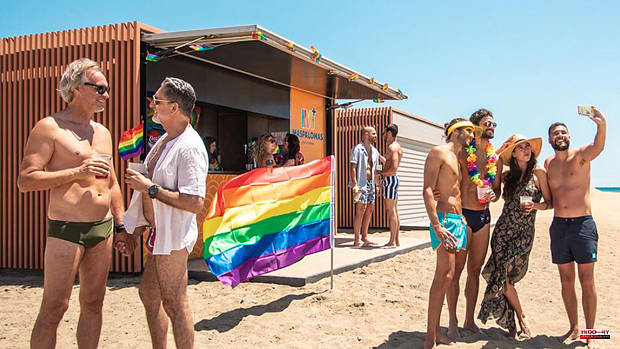 "No to the Law of Social Dangerousness. June 25, Gay Pride Day", was one of the slogans that could be read in one of the first demonstrations of the LGBT community in the Canary Islands. It was 1978, the date on which they took to the streets in Santa Cruz de Tenerife, being about 200, according to the Diario de Avisos under the headline "Accidental gay concentration in Santa Cruz".

It was a convulsive moment, of democratic transition and social instability, in which while the group fought for their rights even when the phrase "don't get a fagot son" was still very much in force. It was a conflict that went beyond sexual freedom to enter a class system, and break with decades of conservative repression. In 1978, homosexuality was eliminated as a crime in the Dangerousness and Social Rehabilitation Law, but the repression was maintained with the Public Scandal Law.

A year later, the claim became stronger, this time in Las Palmas de Gran Canaria where on June 21, 1979 a rally party was called at the López Socas sports center (Gran Canaria), by the so-called Canary Collective of Homosexual Men and Women. It was the first public act of this association, in collaboration with other calls for groups in Spain.

The protests that had begun with the Stonewall Revolt on June 28, 1969, and before the Dangerousness and Social Rehabilitation Law of August 4, 1970 in Spain, could no longer stop the movement, which since 1977 with Barcelona as a pioneer led to Canary Islands to step on the accelerator to become the Mecca of the LGTBIQ community in Europe that it is today.

Already in the islands in 1978 the first Miss Travesti was held, a gala in Puerto de la Cruz (Tenerife) that was neither announced nor promoted. In Maspalomas (Gran Canaria), the Miss Travest Carnival was already beginning to take shape, the germ of the Drag Queen Gala that officially took the stage in 1998.

The Canary Islands was a pioneer in a movement that was already part of its society and it was also in 2014, the date on which the first Law was approved on the islands that shielded the rights of Trans people and that regulates health and educational protocols in Spain. . It was also in the Canary Islands where the new Trans Canarian Law was approved in 2021, a Social Equality Law that recognizes gender self-determination and the reality of non-binary and intersex people.

The Canary Islands have been a European destination for the LGTBIQ community for more than 50 years, with a specific offer and a freedom that is unmatched in other cities on the continent.

The Canary Islands have the first shopping center in the world dedicated to gays and lesbians, with more than 200 gay-friendly establishments, and it is one of the tourist destinations with the greatest offer for the LGTBIQ public with hundreds of gay-exclusive accommodations, designed exclusively for this community , in addition to LGTBI Friendly accommodation, and a wide range of nightlife.

LGTBIQ tourism is one of the main ones in several tourist areas of the Canary Islands, and one of the first to return to post-pandemic normality. Turismo de Canarias has the LGTBI segment as a priority category of clients for which the islands compete internationally. In addition, it is a very interesting visitor to the destination due to its higher level of spending, up to four times more than the average. The area with the highest influx of this type of visitor is Maspalomas, in Gran Canaria, followed by Corralejo, in Fuerteventura.

Broadly speaking, and based on a sample of exclusively LGTBIQ Canarian accommodation establishments, it is observed that men predominate in this segment and that these are above all of German, British and Spanish nationality. They are followed, in order of importance, by the Swedes, Danes, Dutch and Belgians.

It is about a tourist who travels alone or with friends, stays in apartments and, in the case of the Canary Islands, mainly values ​​the climate, as well as the LGTBIQ environment, the nightlife, a tolerant environment, the beaches, the exclusively LGTBI accommodation and good restaurants.

The accommodations oriented to this segment, practically all apartments, have occupancy and profitability rates that are considerably higher than the average, which explains the interest of Turismo de Canarias when it comes to betting on this segment, which, in addition, also carries out a greater spending at the destination, especially in nightlife.

1 Catalonia lowers university prices for the third consecutive... 2 A man kills his 92-year-old grandmother in Sant Gregori... 3 Renfe's 'beach train': these are the... 4 The National Court refuses to apply the Atristain... 5 Lesmes takes to the plenary session on Thursday the... 6 The PP denounces the poor state of the containers... 7 New flat rate for young people at Les Arts de Valencia:... 8 The UN asks Spain and Morocco to purge responsibilities... 9 A Vitoria judge suspends the EA congress that appointed... 10 Emergency physicians warn that in Castilla-La Mancha... 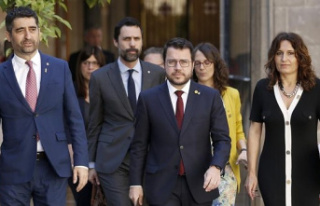