The United Nations Committee for the Protection of Migrant Workers and their Families has asked the governments of Spain and Morocco to “immediately” open an “exhaustive, independent and transparent” investigation to purge responsibilities for the at least 23 deceased in the assault on the Melilla fence last Friday. 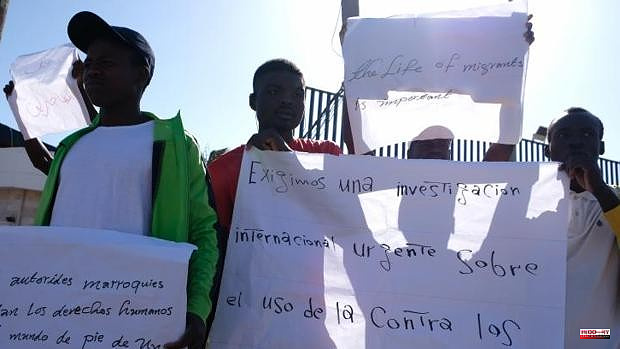 The United Nations Committee for the Protection of Migrant Workers and their Families has asked the governments of Spain and Morocco to “immediately” open an “exhaustive, independent and transparent” investigation to purge responsibilities for the at least 23 deceased in the assault on the Melilla fence last Friday.

In a statement, the committee condemned the incidents in the area and stressed that "it must be determined whether the victims died when they fell from the fence, in a stampede or as a result of actions by border guards."

Thus, the experts have asked the two countries to "bring those responsible to justice" to "prevent tragedies like this from repeating themselves" in the future.

In addition, it has asked Morocco, Spain and other countries of the European Union to guarantee "safe" routes for "orderly" migration and take measures to guarantee respect for the right to request asylum.

[The video of the assault on Melilla, according to Morocco]

“We are dismayed by the death of these migrants, who were trying to cross the border in search of a better life within the framework of their legitimate Human Rights,” collects the published text.

The committee has also expressed its "concern and sadness over the tragedy." “We regret the violations of the right to life, which is framed in the International Convention of Migrant Workers. (...) We remind the States that migrants should not be subjected to any cruel, inhuman or degrading treatment, "said the committee.

"States must ensure that all border policies and practices respect human rights and guarantee the right to life, dignity, security and physical integrity of migrants in all circumstances," the international organization insisted.

The committee, which has conveyed its "deepest condolences" to the families of the victims, has emphasized the need to introduce measures that guarantee access to justice for the victims and their families, while offering "reparation".

In this sense, it has urged the Moroccan Government to preserve the bodies of the deceased, to identify them and offer the necessary support for their transfer, if necessary.

"We call on all States to respect the Human Rights of migrants, including asylum seekers," he said, before stressing that "detention is an exceptional measure of last resort."

1 A Vitoria judge suspends the EA congress that appointed... 2 Emergency physicians warn that in Castilla-La Mancha... 3 Almost 10,000 families request free education for... 4 El Gobierno joins forces with Bildu to undo its Democratic... 5 Stoltenberg reaffirms in Madrid support for Ukraine... 6 Kreab partners with Conchita Lucas to lead the communication... 7 The new Basque homes will have to have a terrace and... 8 Duro Felguera entrusts its future to the entry of... 9 Escrivá proposes raising the quota for self-employed... 10 They accuse Laporta of giving "swerves"... 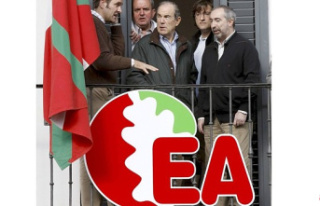 A Vitoria judge suspends the EA congress that appointed...