The EA Congress was held in February amid accusations of fraud from the critical sector of the party. 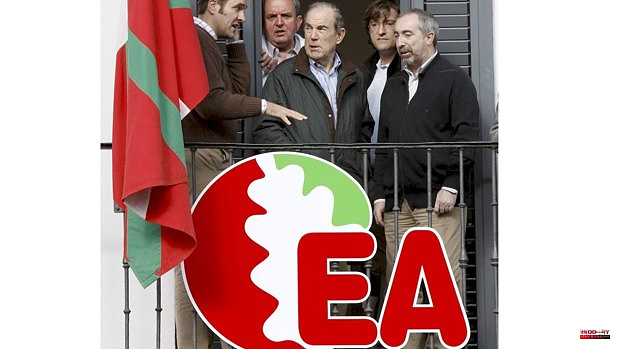 The EA Congress was held in February amid accusations of fraud from the critical sector of the party. A court in Vitoria has accepted the lawsuit filed and has agreed to the precautionary suspension of the agreements adopted in that national congress. The suspension also implies nullifying the new statutes and all the appointments that were made, including that of Secretary General Eba Blanco.

The congress was held electronically despite the fact that the critical sector of the party requested on numerous occasions that it be held in person. The judge believes that by not attending to these requests there could have been "some irregularity" in the process, although she does not assess the consequences of these irregularities, nor the impact that they could have had on the final results.

He also recalls that the congress served to appoint the new members of the party's governing bodies, as well as to renew the statutes and approve the political paper that the party will articulate in the coming years. He emphasizes that they are decisions "of some importance." For all these reasons, he has decided to suspend the congress in a precautionary manner since, if he does not do so, he understands that "consequences that are very difficult to repair" could occur.

This is a decision of enormous depth within EA since de facto it implies the annulment of all the agreements approved in February, which implies the precautionary annulment of the new statutes as well as the appointment of Eba Blanco as general secretary of the training. In addition, from the critical sector, headed by Maiorga Ramírez and Carlos Garaikoetxea, architect of the PNV split that led to the founding of Eusko Alkartasuna, they believe that it could even have a "direct impact on the formation of EH Bildu's organs." EA is one of the parties that is part of the pro-independence coalition and its fit with Bildu has been one of the points of discussion between both sectors.

It is not the first time that EA has had to repeat its internal processes amid suspicions of poor transparency. In 2019, another judge from Vitoria already forced the formation to repeat the primaries, understanding that the representative of the critical sector had been unfairly excluded.

From the party they are surprised by a new legal setback that they claim not to share. They insist that the congress complied "scrupulously" with the internal regulations and that they are studying the possibilities that exist to appeal this judicial decision. They also recall that the court "has not gone into the substance of the matter" and that its decisions are limited, for the moment, to the adoption of precautionary measures, which have nothing to do with a final sentence.

1 Emergency physicians warn that in Castilla-La Mancha... 2 Almost 10,000 families request free education for... 3 El Gobierno joins forces with Bildu to undo its Democratic... 4 Stoltenberg reaffirms in Madrid support for Ukraine... 5 Kreab partners with Conchita Lucas to lead the communication... 6 The new Basque homes will have to have a terrace and... 7 Duro Felguera entrusts its future to the entry of... 8 Escrivá proposes raising the quota for self-employed... 9 They accuse Laporta of giving "swerves"... 10 LGTBI flags, alcohol and sex outside of marriage:... 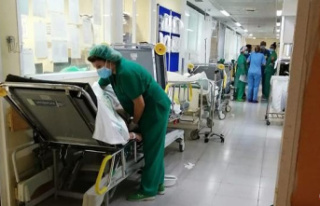