The Spanish Society of Emergency and Emergency Medicine (SEMES) has warned that the Emergency services throughout Spain are "saturated", since the seventh wave of coronavirus infections has produced an increase in the demand for care that has caused that in some communities the increase in the load is around 30 percent. 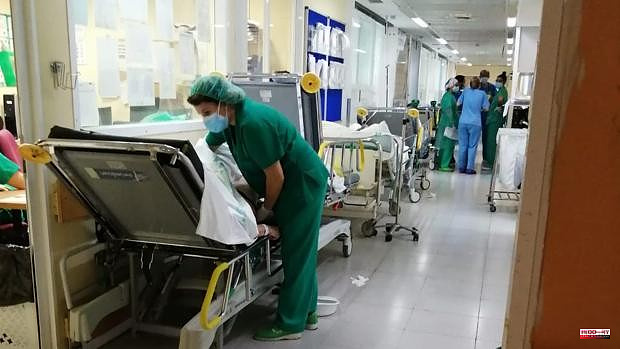 The Spanish Society of Emergency and Emergency Medicine (SEMES) has warned that the Emergency services throughout Spain are "saturated", since the seventh wave of coronavirus infections has produced an increase in the demand for care that has caused that in some communities the increase in the load is around 30 percent. In the case of Castilla-La Mancha, they have denounced that both Primary Care and Emergencies are "collapsed".

However, this increase has also been related in recent days to the heat wave that has devastated the country, the atypical cases of respiratory infections in these months of the year. "Everything, in a scenario dynamited by the shortage of doctors and the readjustment of resources due to the upcoming summer holidays," they have said from the organization, to warn that "any increase is critical since the Emergencies have been under stress for too long."

And it is that, in Madrid, the elderly and severe bilateral pneumonia are increasing the care burden by 20 percent; in Castilla-La Mancha, both Primary Care and the Emergency Department are "collapsed"; in Asturias some hospitals such as the Central University Hospital of Asturias have reached their historical record last week, with 453 consultations in one day; in the Balearic Islands, the EDs are saturated due to the 30 percent increase in total emergencies and the lower availability of admission beds due to the increase in scheduled activity; in Cantabria the "traffic jam" in the Emergency Room is "terrible"; and in Galicia records are being broken with a percentage increase of 20 percent

Similarly, in Navarra the increase exceeds 15 percent; in Andalusia 25 percent; La Rioja or Aragón are witnessing an increase of between 20 and 30 percent percent; and in locations such as the Valencian Community, the increase has reached 30 percent in some EDs, especially in hospitals on the coast. In Murcia, Extremadura and Catalonia the situation is similar.

1 Almost 10,000 families request free education for... 2 El Gobierno joins forces with Bildu to undo its Democratic... 3 Stoltenberg reaffirms in Madrid support for Ukraine... 4 Kreab partners with Conchita Lucas to lead the communication... 5 The new Basque homes will have to have a terrace and... 6 Duro Felguera entrusts its future to the entry of... 7 Escrivá proposes raising the quota for self-employed... 8 They accuse Laporta of giving "swerves"... 9 LGTBI flags, alcohol and sex outside of marriage:... 10 The espadrilles that Jill Biden has bought in Madrid... 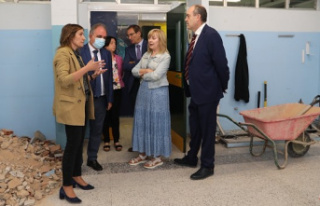