The president of the Supreme Court, Carlos Lesmes, has included in the agenda of the Plenary Session of the General Council of the Judiciary (CGPJ) scheduled for Thursday the debate on the express reform of the Government that lifts the veto for the appointments of the Council of two magistrates of the TC but not for the rest of the pending in the judicial dome. 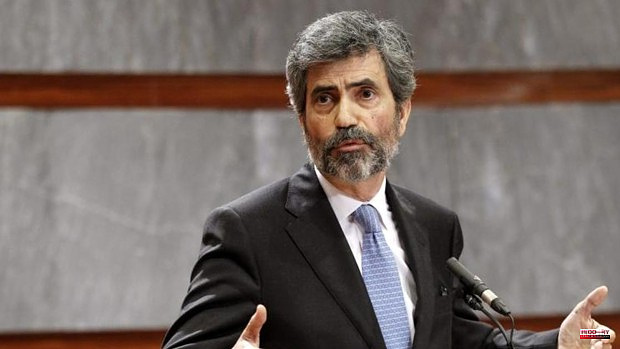 The president of the Supreme Court, Carlos Lesmes, has included in the agenda of the Plenary Session of the General Council of the Judiciary (CGPJ) scheduled for Thursday the debate on the express reform of the Government that lifts the veto for the appointments of the Council of two magistrates of the TC but not for the rest of the pending in the judicial dome.

Lesmes's initiative responds to the letter that nine members presented last night asking for the inclusion in the agenda of a response from the body to a reform that affects them and in which once again they have not been heard. The letter proposes that it be agreed to request the Congress of Deputies to obtain the report of the CGPJ in relation to the proposal for an Organic Law presented by the Socialist Group in the aspect related to the powers of this Council and that it be agreed to address the European Commission to report on this reform. Regarding the first of the points, the members propose that if the acting CGPJ is allowed to appoint the two magistrates that correspond to it in the renewal of the corresponding third of the TC, it can do the same with all the appointments that are pending more of a year

As ABC reported yesterday, the proposal is signed by the members of the conservative group José Antonio Ballestero, Ángeles Carmona, Nuria Díaz, Juan Manuel Fernández, Carmen Llombart, José María Macías, Juan Martínez Moya, Gerardo Martínez Tristán and Wenceslao Olea. These are four more members than necessary so that, by virtue of article 600 of the Organic Law of the Judiciary, the inclusion of written proposals on the agenda is mandatory.

In the text, the members consider it "contradictory and incoherent" that the explanatory statement of the bill justifies this reform in the difficulties for the renewal of the constitutional bodies, referring to the TC and not to the rest of the courts in which the appointments remain. paralyzed: "A constitutional body is the court of guarantees as are the Courts and Tribunals, served by judges and magistrates who are members of the Judicial Power," they point out.

These members criticize that once again the Government dispenses with the report of the governing body of the judges, which is directly affected by the reform, opting for the bill instead of a draft that would force the text to be submitted for consideration by the body. "However, the principle of interpretation in accordance with the Law of the European Union (...) requires that, when the bill refers to the nuclear aspects of the status of the members of the judiciary or that affect the status or functions of the members of the governing body of the judiciary, must be processed hearing all the sectors involved, which includes the CGPJ itself«.

Remember that the European Commission has expressed itself in this sense in many recommendations and this has been communicated to Spain on two occasions by the community spokesman for Justice Dydier Reynders.

1 The PP denounces the poor state of the containers... 2 New flat rate for young people at Les Arts de Valencia:... 3 The UN asks Spain and Morocco to purge responsibilities... 4 A Vitoria judge suspends the EA congress that appointed... 5 Emergency physicians warn that in Castilla-La Mancha... 6 Almost 10,000 families request free education for... 7 El Gobierno joins forces with Bildu to undo its Democratic... 8 Stoltenberg reaffirms in Madrid support for Ukraine... 9 Kreab partners with Conchita Lucas to lead the communication... 10 The new Basque homes will have to have a terrace and... 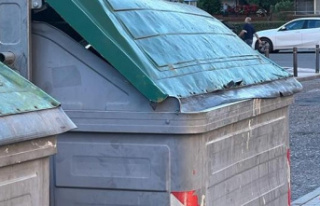 The PP denounces the poor state of the containers...