The spokesman for the Popular Municipal Group in the Toledo City Council, Juan José Alcalde, denounced this Tuesday the poor condition of the waste containers in all the neighbourhoods, as well as the deterioration of the vehicles used in the collection of garbage in our city. 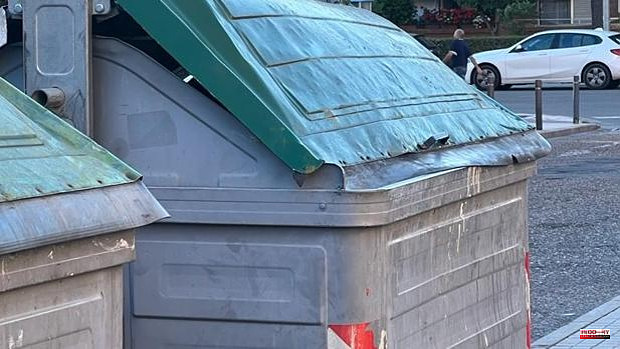 The spokesman for the Popular Municipal Group in the Toledo City Council, Juan José Alcalde, denounced this Tuesday the poor condition of the waste containers in all the neighbourhoods, as well as the deterioration of the vehicles used in the collection of garbage in our city.

Within "The route of abandonment" that the Popular Party is carrying out to highlight the mismanagement of the socialist Government of the Toledo City Council, the spokesman has detailed that the street cleaning vehicles are rusty and dump leachate from the waste onto public roads, causing bad odors and filling the streets with dirt. In addition, the damage to the containers, with the lids and opening levers damaged, full of graffiti or deformed, are common in all the neighborhoods of Toledo.

The Mayor has pointed out that “it is not acceptable that the street cleaning and garbage collection service presents these deficiencies when we Toledo pay a garbage tax that the PSOE implemented as soon as we arrived at the city government. We are paying a tax exclusively to have a quality and efficient public garbage collection service, but it is evident that it does not affect the quality of the service».

Likewise, he recalled that the delay in the bidding for the new contract “has already cost 1.5 million euros to Toledo due to the lack of foresight of the mayor and her socialist government. This delay, which has no justification except the negligence of the municipal government, is one of the reasons why the concession company does not invest in the renewal of material means and vehicles in Toledo.

In addition to the poor functioning of the cleaning service, there is the lack of political will of the Socialist Government in the town hall to provide a solution to the elimination of baggage shopping in the Historic District, as demanded by the neighbors, to whom the mayor has turned her back, and as agreed in the Participation Council of the Historic Center in 2017, which had the vote in favor of all social, neighborhood entities and all political groups, with the exception of the PSOE.

The spokesman recalled that the PSOE "has had those 15 years to study different collection systems, which are operating in other cities, and which eliminate the image that we are giving to Toledo and visitors to our Historic District, but it has not done anything to search for an alternative.

For this reason, Juan José Alcalde has demanded that the proposal presented by the Popular Party in 2016 for the implementation of a new system in the Historic District be studied, which includes the use of integrated containers that are combined with the installation of premises located in different strategic points, destined for the collection of waste, to which it is not necessary to access to deposit the remains and that allow selective collection. A system that has already proven its effectiveness in other similar cities and that is both economically and technically viable.

In this sense, he explained that “a city like Toledo, a World Heritage Site, cannot continue with a garbage collection system like the baggage claim. Toledo does not deserve the image of dirt and abandonment that this system provokes». In addition, he has pointed out that it is necessary to find a solution to selective collection in the Historic District.

To conclude, the Mayor has assessed that «a Government that has no interest in seeking an alternative to the bag shows that it is withdrawn and does not care about the quality of life of the people of Toledo, nor does it attend to their demands. This laziness is proof that the PSOE in Toledo is exhausted and has no future project, no hope to improve our city. Toledo needs a change and the Popular Party is the serious, effective and responsible government alternative to end 15 years of socialist neglect.

1 New flat rate for young people at Les Arts de Valencia:... 2 The UN asks Spain and Morocco to purge responsibilities... 3 A Vitoria judge suspends the EA congress that appointed... 4 Emergency physicians warn that in Castilla-La Mancha... 5 Almost 10,000 families request free education for... 6 El Gobierno joins forces with Bildu to undo its Democratic... 7 Stoltenberg reaffirms in Madrid support for Ukraine... 8 Kreab partners with Conchita Lucas to lead the communication... 9 The new Basque homes will have to have a terrace and... 10 Duro Felguera entrusts its future to the entry of... 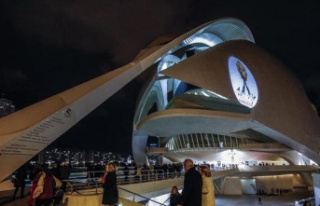