The Iraq war was a "brutal and unwarranted invasion," former US President George W. 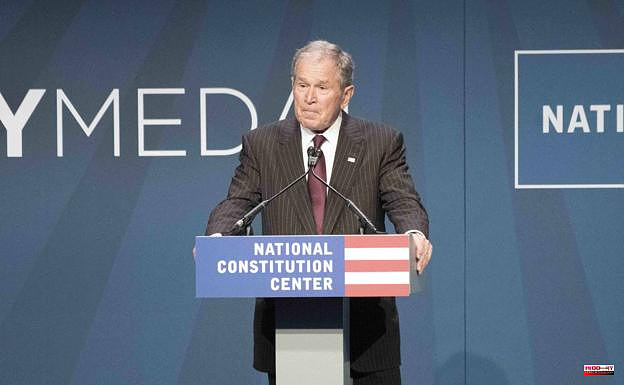 The Iraq war was a "brutal and unwarranted invasion," former US President George W. Bush said at a rally in Dallas on Wednesday. Iraq? Yes, although it was not his intention to mention the operation that he himself launched in 2003, two years after the 9/11 attacks and amid criticism of the lack of justification and international support. Actually, as he admitted seconds later to the laughter of those present, he meant Ukraine.

The former president quickly corrected his mistake and blamed it on his age, pointing out that he is 75 years old. During his speech in the auditorium of the George W. Bush Presidential Center in Texas, he denounced that "Russian elections are rigged" and that "political opponents are imprisoned or eliminated" to keep them out of the electoral process. He also added that "the result is an absence of a control system in Russia and one man's decision to launch a totally unwarranted and brutal invasion of Iraq." And there came the lapse. "I mean Ukraine," Bush clarified at once, although he insisted, this time in a lower voice, that "Iraq too."

The slip drew attention in the Arab press. "The specter of the invasion of Iraq and its destruction haunts Bush Jr. His subconscious exposed him," Iraqi journalist Omar Al Janabi tweeted. "Yes, this is a brutal and unwarranted invasion that will continue to be his worst nightmare," he added.

During the Bush presidency, US troops entered Iraq in March 2003 after accusing Saddam Hussein's regime of having “weapons of mass destruction” in its possession – none were found. This operation overthrew the dictator but opened one of the bloodiest periods in modern Iraqi history. Between then and 2011, when the US withdrew from the country, more than 100,000 civilians were killed, according to the organization Iraq Body Count.

On the other hand, the former US president described the president of Ukraine, Volodímir Zelenski, as "a nice guy" and called him "the Churchill of the 21st century", according to the Fox News television network. “The way countries hold elections reflects the way they treat their people and the way nations behave towards other nations. Nowhere is this more clearly seen than in the Ukraine," Bush concluded. 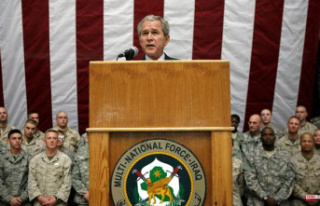