French President Emmanuel Macron clarified, during a press conference given at the Elysee Palace alongside Moldovan President Maia Sandu, his idea of ​​​​creating a European political community that he had proposed in early May. 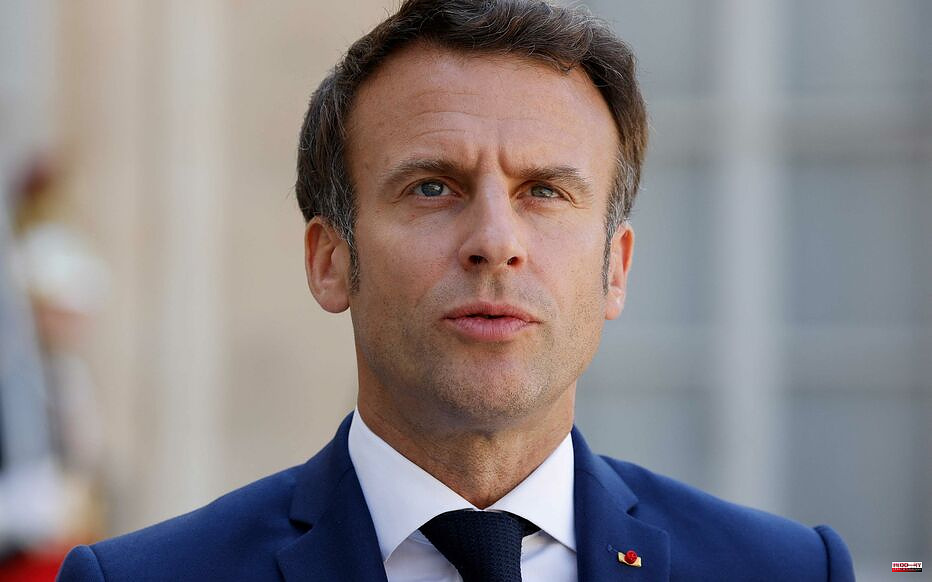 French President Emmanuel Macron clarified, during a press conference given at the Elysee Palace alongside Moldovan President Maia Sandu, his idea of ​​​​creating a European political community that he had proposed in early May.

“This community is not an alternative to the process of accession to the European Union but a complement which, independently of it, makes it possible to structure more strongly the political, energy and investment relationship with several countries which so wish. “said the Head of State.

Emmanuel Macron recalled that this new format aimed "to create a new framework for structuring cooperation, bringing together democratic European nations which adhere to our core values ​​and which aspire or not to join the European Union".

Emmanuel Macron had presented this project on May 9 before the European Parliament in Strasbourg in the midst of a debate on the launch of the process of accession of Ukraine, at war against Russia. He explained that it would take "decades" for Ukraine to join the EU, and suggested that in the meantime it should be part of a "European political community" which could also include Britain, which has left the EU. EU in 2020, or Moldova.

"I welcome President Macron's initiative to create a European political community that would support and accelerate our EU accession process," responded the Moldovan president. “Moldova is a country which has a European history and which will undoubtedly have a European future”, she continued, insisting on the “determination” of Chisinau to become a member state of the European Union.

“We understand that joining the EU is a long and complex process, which requires a lot of effort and a lot of work. We are not looking for a shortcut on this path. We are prepared to make efforts, to work,” she added. Moldova submitted its application to join the European Union on March 3, as did Ukraine (February 28) and Georgia (March 3).

Read alsoWar in Ukraine, separatists supported by Russia... why Moldova and Georgia dream of Europe

In front of Maia Sandu, whom he received for the third time, Emmanuel Macron said he hoped that "the next few weeks will allow us to provide a clear response to Moldova, which deserves it, given its geopolitical, security and humanitarian situation". .

The plan for a "European Political Community", which is to be debated at the European summit at the end of June, has been criticized by some leaders, such as Lithuanian President Gitanas Nauseda, according to whom it reflects a lack of will to quickly integrate Ukraine into the EU.

The head of Ukrainian diplomacy Dmytro Kouleba denounced Thursday a "second-class treatment" from "certain capitals" about the Ukrainian candidacy to join the EU. German Chancellor Olaf Scholz had said earlier that he was not in favor of granting Ukraine a "shortcut" to EU membership.

In his speech on the occasion of Europe Day, May 9, Emmanuel Macron had proposed, in parallel, the creation of a "new European organization". “We cannot be kept at a distance,” President Volodymyr Zelensky replied.

1 We can mark distances with the Sumar de Díaz project 2 France team: Giroud absent, only one newcomer, inmates... 3 Greek composer Vangelis dies 4 Cascade of millions for Real Madrid for the new Bernabéu 5 Services closed, vacancies... Five minutes to understand... 6 Hijos de Rivera raises its sales and profit in 2021 7 Summary of Tomorrow belongs to us episode 1189 of... 8 Brussels gives oxygen to Spain and will allow more... 9 King Juan Carlos I lands in Vigo after almost two... 10 Damien Abad got into congé from LR 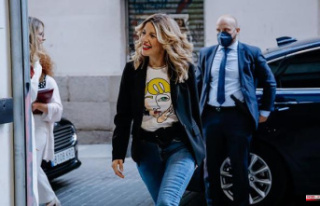 We can mark distances with the Sumar de Díaz project