The French president, Emmanuel Macron, and the new prime minister, Élisabeth Borne, asked journalists for a little patience on Thursday, eager to know who will be part of the new Executive. 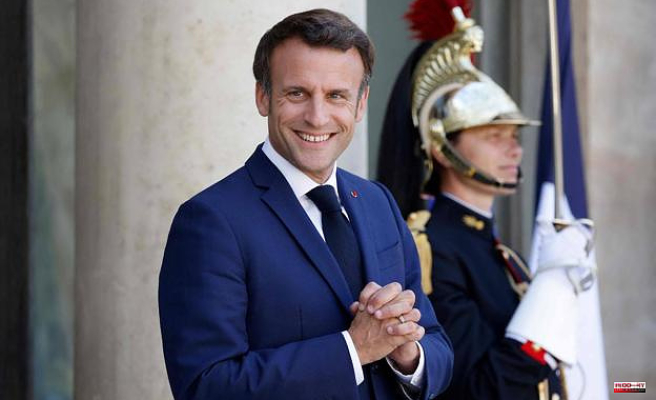 The French president, Emmanuel Macron, and the new prime minister, Élisabeth Borne, asked journalists for a little patience on Thursday, eager to know who will be part of the new Executive. “The work continues in a serious way. But it is not a light thing. It requires time and in-depth discussions. Well, it's about the Government of France," said Macron, who this Thursday received the president of Moldova, Maia Sandu, at the Elysee Palace. “We take the necessary time” to form the new team, because “we want (to have) the best with the best talents,” Borne explained in her first posting in Les Mureaux, northwest of Paris.

The secretary general of the Elysée Palace, Alexis Kohler, will be in charge of announcing in the next few hours or days the list of ministers, who are appointed, according to the Constitution, by the president at the proposal of the prime minister. After the formation of the new government team, one of the first missions that Borne will have will be to mobilize Macron's party and its allies to win the legislative elections on June 12 and 19. His goal: to achieve the widest possible majority in the National Assembly to carry out the "clear and ambitious" program announced by the president for his second term.

Despite having been appointed prime minister, Borne is running as a candidate for the June legislative elections. She will fight for a seat in the Calvados constituency. It will be the first time that she appears in an election. Until now, she had developed her professional career in public administration, ministries and large public companies. She is expected to be elected deputy, since it is a constituency that votes for Macron. If she loses, her days at Matignon could be numbered.

Macron and Borne, who have been discussing this week the composition of the new government, know each other well. Borne, the second woman to hold the position of prime minister in the history of France, has been a minister three times in Macron's first term: of Transport, of Ecological Transition and since July 2020 she was in charge of Labor.

Aurélien Rousseau, former director general of the Regional Health Agency of Île de France (Paris region), has been appointed chief of staff at Matignon. Rousseau, 45, was a deputy director in the cabinets of Socialist prime ministers Manuel Valls and Bernard Cazeneuve. He and Borne met when they both worked at the Paris City Hall.

The formation of the new government and the legislative elections in June are not the only challenges that Borne will face as soon as he takes office. Even before he sat down in his new office in Matignon, Macron has already given him homework. "Ecology, health, education, full employment, democratic revival, Europe and security" will be the priority issues of his second term.

Borne and his Executive will also have to address the issue of the loss of purchasing power – the number one concern of citizens – and fight against inflation. The new government is expected to maintain until the end of the year the so-called "rate shield" for energy, which has blocked increases in electricity and gas prices.

The prime minister will have to deal with the explosive pension reform, parked by Macron in his first term due to the health crisis. The president wants to progressively delay the retirement age from 62 to 65 years. When the French Executive tried it in 2020, he had to face a massive wave of protests against "the mother of all reforms."

Ecology will also be one of the priorities of the new prime minister. "We must act faster and stronger" in the face of "the climate and ecological challenge," she said during her transfer of powers with Jean Castex, her predecessor in the post. Borne is well aware of the dossier because she was Minister of Ecological Transition and before that Director of the Cabinet of Ségolène Royal at the Ministry of Ecology. 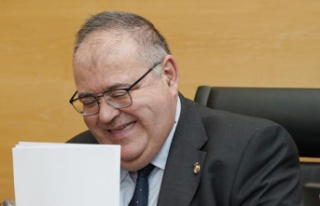