In times of war, the foreign ministers of the G7 meet on the German Baltic Sea coast. 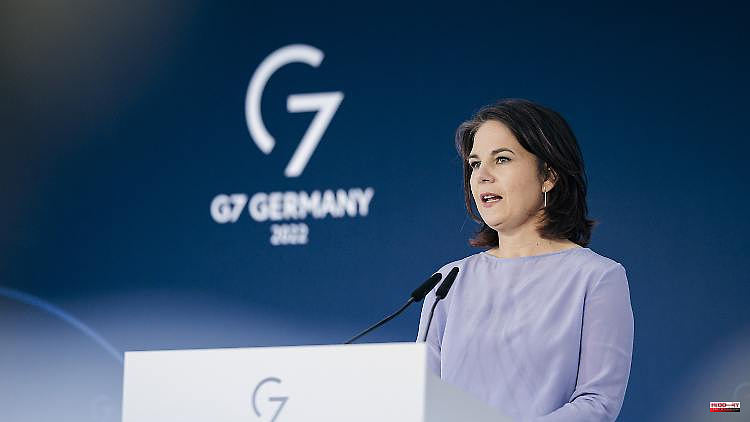 In times of war, the foreign ministers of the G7 meet on the German Baltic Sea coast. In their final statement, they found clear words about the Russian attack on Ukraine and the consequences that would arise worldwide.

The G7 group will "never" accept the new borders that Russia is aiming for with the war of aggression in Ukraine. "We will never recognize borders that Russia has tried to shift through military aggression," emphasized the G7 foreign ministers in a statement published at the end of their deliberations in Wangels, Schleswig-Holstein. The G7 will maintain its "support for the sovereignty and territorial integrity of Ukraine - including Crimea - and all states".

The G7 foreign ministers also sharply criticized Belarus' role in the Ukraine war. The leadership in Minsk must "stop allowing Russian aggression and comply with its international obligations". They are determined to supply the Ukrainian armed forces with weapons and other military equipment for years to come if necessary. "We will continue our ongoing military and defense assistance to Ukraine for as long as necessary," it said. Russia's war against Ukraine is unprovoked, unjustifiable and illegal. In addition, Russia was asked to end the blockade of Ukrainian grain exports. It is said that this can only be a first step. Russia's unprovoked war in Ukraine has worsened the global economic outlook with soaring food, fuel and energy prices. Around 43 million people are just one step away from starvation.

There is a risk of food insecurity and malnutrition. This is having devastating consequences for some of the most vulnerable, the statement said. Rising costs would also make it harder for aid organizations to provide aid to those most in need. Together with international partners, it must be ensured that such a situation can never arise again.

At the start of the G7 meeting, Baerbock said that 25 million tons of grain were currently blocked in Ukrainian ports, particularly in Odessa, because of the war. The grain is urgently needed in African countries and the Middle East. Ukraine is one of the most important grain suppliers worldwide. In 2021, according to figures from the UN Food and Agriculture Organization, it was still the third largest exporter of barley and fifth largest exporter of wheat.

Under the German presidency, the foreign ministers of the G7 group had been discussing the Russian war against Ukraine and its global effects since Friday. The Ukrainian Foreign Minister Dmytro Kuleba and his Moldovan colleague Nicu Popescu also took part as guests at the meeting. In addition to the Federal Republic of Germany, the G7 includes the NATO countries USA, Canada, France, Great Britain and Italy as well as Japan. 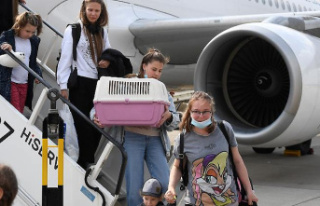