“Three years in the Bundesliga” for VfL: Haaland transfer brings Reis to an extreme comparison

Erling Haaland is leaving the Bundesliga for Manchester City. 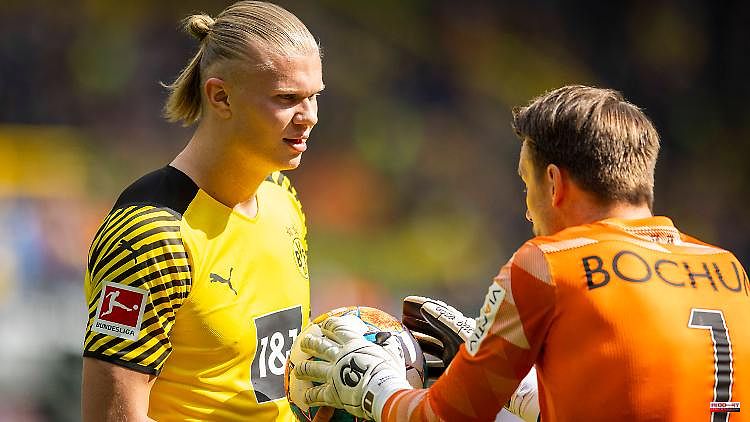 Erling Haaland is leaving the Bundesliga for Manchester City. A transfer fee of 75 million euros has been fixed - a bargain, many say. Bochum coach Thomas Reis rates the transfer according to his standard: the sum would cover his club's budget for several years.

When asked what he thought of such sums against the background of the corona pandemic, in which more financial humility was often spoken of in football, Reis said: "It's always just a snapshot. An Englishman starts the transfers Club because it has the cash. English clubs may not suffer so much from the financial developments caused by the pandemic because they have investors in the background who have the appropriate financial resources and who then also contribute."

Reis went on to say: "And then the domino effect takes effect. You get Haaland for 75 million. This frees up money for Dortmund. They get Nico Schlotterbeck, so Freiburg has money again and so on. Everyone has to know that for themselves. I can do that Don't change totals anyway."

Basically, he has no problems with investors or patrons. "That is often viewed negatively. If you look at Dietmar Hopp in Hoffenheim, for example: I think this man has done a lot for sport in Germany - also in terms of jobs," said the Bochum coach. "When a person builds something like that, I think it's good. There have always been clubs that are supported by corporations, such as VW in Wolfsburg or Bayer in Leverkusen. You just have to deal with that."

The 48-year-old, who managed to stay in the Bundesliga with VfL this season with comparatively little financial means, added: "From a coaching point of view, I would of course also wish that I had more opportunities to build a team better. I wouldn't resist if you find someone who fits the club and the region. The club has its own idea of ​​what it's looking for and if someone came along: As a coach, I would say yes."

The Bochum members have already agreed to a spin-off. So it would be possible to sell club shares. However, VfL has not yet found a suitable investor. The district club is popular with many football romantics because of its rustic charm and tradition, among other things. TSG Hoffenheim's patron Hopp is repeatedly exposed to hostility from fans.

1 “Three years in the Bundesliga” for VfL: Haaland... 2 Frightening FIFA story hour: World Cup hotels in Qatar... 3 6-0 against the tail light: Benzema catches up with... 4 Committed and conflicted: Vettel agrees to be a "hypocrite". 5 "Hard to accept the situation": Nadal suffers... 6 17 years BVB: ex-national player Schmelzer ends his... 7 Putin's war extends to Finland: Germany is playing... 8 "We will never ...": Guardiola speaks for... 9 "I was afraid that I would die": Fan complains... 10 Media: Separation not impossible: Salihamidžić'... 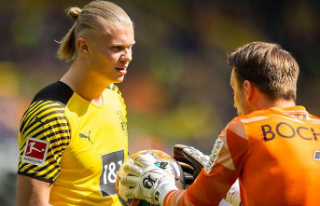 “Three years in the Bundesliga” for VfL: Haaland...