"Hard to accept the situation": Nadal suffers badly and is eliminated

Tennis professional Rafael Nadal suffers badly in Rome in the third set of his match against Denis Shapovalov, in the end the Spaniard loses. 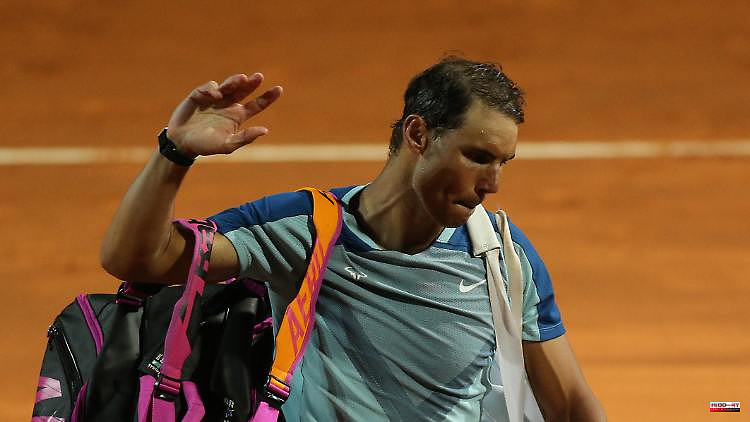 Tennis professional Rafael Nadal suffers badly in Rome in the third set of his match against Denis Shapovalov, in the end the Spaniard loses. After the game he gives an insight into his health. He accepted the situation, but it was hard.

Rafael Nadal is one of the greatest tennis players in history, nobody has won as many Grand Slam tournaments as the Spaniard. But recently concerns grew about the tall Spaniard, who has been struggling with a chronic foot injury for a long time. Now there is a new chapter in the 35-year-old's story of woe: Nadal, who was physically visibly badly battered, was eliminated in the round of 16 at the Tennis Masters in Rome.

The Spaniard, seeded number three, lost to Canadian Denis Shapovalov 6-1, 5-7, 2-6. In the third set, Nadal took a 1-0 lead again through a break, but then his strength visibly dwindled. In particular, the last injured foot seemed to cause considerable problems for the Spaniard. His gait was not round, he had a lot of trouble jumping off the serve, and in the middle of the last sentence Nadal distorted his face several times, apparently in severe pain.

"Sometimes my foot hurts when I play. If you saw me every day you wouldn't worry. I always have pain in my foot, especially after a three-hour game or a long training session. Then I can't do well run," he said last week in Madrid. Now he said at the press conference that he was "not injured, but a player living with an injury". Even if he lives with it, the situation is hard to accept.

Nadal was injured for months in 2021, and then he had an impressive start to the current season: in Melbourne, the clay court king won the Australian Open on hard court, and with 20 wins in a row he celebrated the best start to the season of his long career. Whether Nadal will be fit again in time for the French Open (May 22 to June 5), which he has already won thirteen times, seemed at least questionable on Thursday.

World number one Novak Djokovic had no trouble in Rome. The Serb defeated 37-year-old Swiss Stan Wawrinka 6-2, 6-2 on his tour comeback after a 15-month injury break.

1 17 years BVB: ex-national player Schmelzer ends his... 2 Putin's war extends to Finland: Germany is playing... 3 "We will never ...": Guardiola speaks for... 4 "I was afraid that I would die": Fan complains... 5 Media: Separation not impossible: Salihamidžić'... 6 "Was a bit too relaxed...": Zverev is shaking... 7 Cuca Gamarra: "Sánchez will try to exhaust the... 8 Serious consequence for the tournament?: Russian ban... 9 The King travels to Abu Dhabi today for diplomatic... 10 Bad criticism of "alibi offer": Ginter attacks... 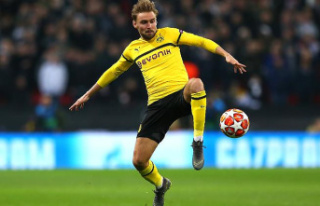