6-0 against the tail light: Benzema catches up with the real legend in a runaway victory

Real Madrid is slowly warming up for the final of the Champions League: With a thumping victory, the royal team sent UD Levante into the 2nd division. 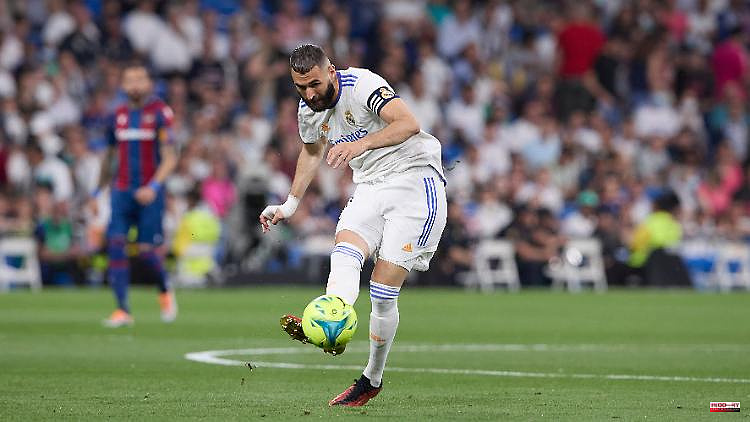 Real Madrid is slowly warming up for the final of the Champions League: With a thumping victory, the royal team sent UD Levante into the 2nd division. Goalscorer Karim Benzema scores only once, but sets the mark of club idol Raul.

A good two weeks before the Champions League final, the Spanish soccer champions Real Madrid started their warm-up program in the Primera Division with a resounding victory. In the first leg, Levante had won the big favorite a 3:3, but this time things went very differently. The hosts of coach Carlo Ancelotti and Torgarant Karim Benzema finished the bottom of the league UD Levante 6-0 (4-0). Triple goalscorer Vinicius Junior (45th/68th/83rd minute) was the outstanding man in the Estadio Santiago Bernabéu. Ferland Mendy (13th), Benzema (19th) and Rodrygo (34th) scored the other goals. Former DFB international Toni Kroos came on in the 75th minute. After the depressing defeat, Levante has been relegated.

Karim Benzema, who shot his team into the Champions League final with an incredible 15 goals in eleven games and also scored decisively in the spectacular semi-final against Manchester City, left the big show to Vinicius Junior again this time. However, the French attacker set a milestone with his only goal of the evening: With his 323rd goal for Real Madrid, Benzema matched the goal mark of Real legend Raul.

This puts both attackers on par, but still well behind the most dangerous goalscorer in the great history of the now 35-time Spanish champions: Cristiano Ronaldo scored 450 goals for Real Madrid. The Portuguese left Real for Juventus in 2018, and the 37-year-old is now playing for Manchester United again. Benzema currently tops La Liga goalscorers with 27 goals, well ahead of Vinicius Junior (17).

Four days ago, the royals lost the city derby against Atlético 0-1. In the final of the European premier class, Real Madrid will meet Liverpool FC with coach Jürgen Klopp on May 28 (9 p.m.) in Paris.

1 Committed and conflicted: Vettel agrees to be a "hypocrite". 2 "Hard to accept the situation": Nadal suffers... 3 17 years BVB: ex-national player Schmelzer ends his... 4 Putin's war extends to Finland: Germany is playing... 5 "We will never ...": Guardiola speaks for... 6 "I was afraid that I would die": Fan complains... 7 Media: Separation not impossible: Salihamidžić'... 8 "Was a bit too relaxed...": Zverev is shaking... 9 Cuca Gamarra: "Sánchez will try to exhaust the... 10 Serious consequence for the tournament?: Russian ban... 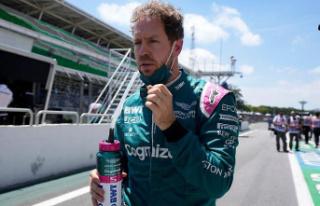 Committed and conflicted: Vettel agrees to be a "hypocrite".