Burkini in Grenoble: Mayor Eric Piolle criticized by the PCF and the PS

The decision of the Grenoble city council continues to cause a stir. 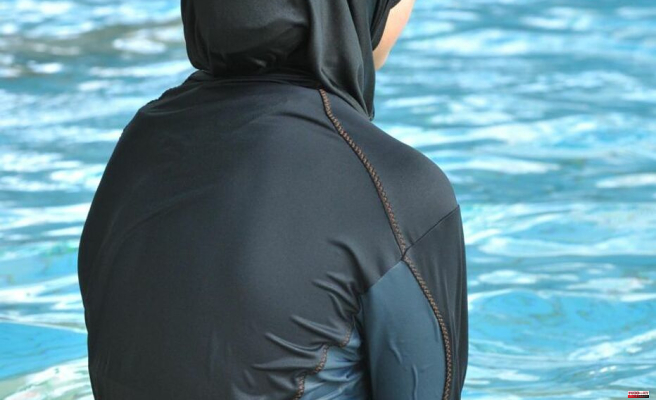 The decision of the Grenoble city council continues to cause a stir. The head of the PC Fabien Roussel criticized this Wednesday the mayor of Grenoble (EELV) Éric Piolle for having reignited the controversy over the burkini, the socialist senator Laurence Rossignol accusing him frontally of "polluting the campaign" of the legislative elections and seeing in it "a victory of the fundamentalists".

The Grenoble city council gave the green light on Monday to wearing burkini in municipal swimming pools, after a close vote on a divisive theme, at the heart of a national controversy for weeks. "I regret that the mayor of Grenoble Éric Piolle makes it a national affair, exploits this affair for internal political reasons, of the Greens congress" or other, lamented on Europe 1 the national secretary of the PCF Fabien Roussel.

Fabien Roussel on the authorization to wear the burkini in the swimming pools of Grenoble: "I regret that Eric Piolle makes it a national affair and exploits it (...) I am against the fact that a swimming pool, a public service favors a religious claim"

"I am against the fact that a swimming pool, a public service, promotes a religious claim", further criticized the former presidential candidate, who would have "favored the withdrawal of this deliberation which had nothing to do there, because, at a minimum, we talk about it with all the mayors of our territory and we avoid instrumentalizing such a subject".

"What a moron in every way!" “Was indignant on France 2 Laurence Rossignol, about Éric Piolle, who like her supports the agreement of the New Popular, Ecological and Social Union (Nupes). "Usually we say that the far right brings to election campaigns, the burkini, the burqa, the veil, and we think it pollutes the political debate, this time it's not coming from the far right , it comes from a green mayor of Grenoble, on the timing, I am flabbergasted, it pollutes the countryside, and then on the merits, he is wrong, "explained Laurence Rossignol, who had first supported the candidacy of Arnaud Montebourg in the presidential election before joining that of Anne Hidalgo.

According to Laurence Rossignol, Piolle "fell into a trap with visibly great happiness" by giving in "to the religious and political demands that emanate from associations or groups that are quite a minority in religion" and "it's a victory for the fundamentalists". "The Republic must resist religious claims because it is endless and it aims to destabilize it", warned the senator from Oise, stressing that these associations "have an agenda, today the burkini, then there is the repeal of the 2004 law on the headscarf at school, finally the obligation of neutrality of civil servants”.

According to her, "there is a denial of what the religious offensive is in this country" and "it is a debate that is on the left, it has to be purged at some point or another, and there , that doesn't help."

According to an Ifop poll for Le Point carried out from May 13 to 16, 69% of French people say they are unfavorable to the possible legalization of the burkini. In detail, 76% of RN voters are opposed to it, 71% of voters of the presidential majority and 58% of the Nupes electorate.

1 Baldoví warns that it would be the "acme of... 2 A second series on Club illico for Sophie Deraspe 3 PP, Vox and Cs blame Sanchez for his allusion to the... 4 Income tax 2022: it's already next Tuesday! For... 5 The Bank of Spain anticipates a new cut in GDP growth,... 6 Cofides and the sovereign wealth fund of Qatar sign... 7 Enagás will be the entity responsible for the system... 8 Barcelona wins a new 360º viewpoint at 125 meters... 9 Biniam Girmay abandons the Giro after injuring an... 10 Strategic gas reserves in the EU: where they are and... 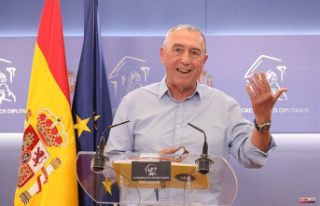 Baldoví warns that it would be the "acme of...