PP, Vox and Cs blame Sanchez for his allusion to the "piolines" in the police device against the 1-O referendum

Marlaska maintains that what the president has done is criticize the "unworthy conditions" of the policemen who spent the night on boats. 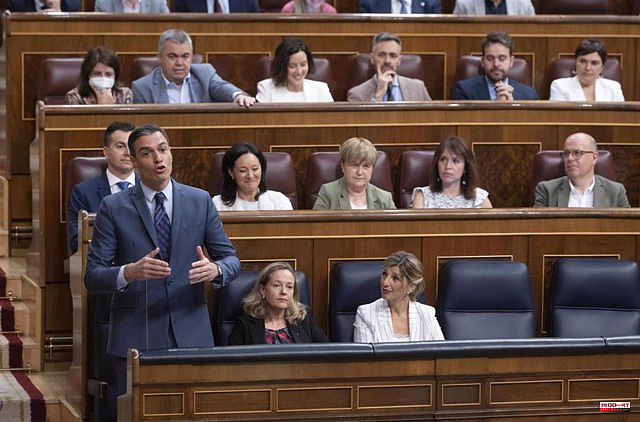 PP, Vox and Cs have reproached the President of the Government, Pedro Sánchez, for his allusion to the "piolines" when contrasting the police device to stop the independence referendum of 1-O in 2017 with other recent events such as the Spanish soccer team playing in Catalonia without incident. The former Minister of the Interior Juan Ignacio Zoido, who commanded the police at the time, has added to the criticism.

The 1-O referendum required the deployment of thousands of police and civil guards who spent the night on boats, awaiting orders from their superiors. Apart from the pro-independence criticism against police action, the use of boats was questioned internally due to the conditions in which the agents lived, in addition to the fact that those boats had a huge drawing of Tweety Bird and other children's characters on the side.

In the government control session, Sánchez defended his policy based on "concord" establishing the following comparison: "You sent strings to Catalonia and with us the Spanish soccer team can play in Catalonia without any problem or controversy" .

"They approve a DUI (Unilateral Declaration of Independence) for you and with us, according to the latest demographic studies, more than 70 percent of the population in Catalonia does not consider independence a priority", continued the head of the Executive, who has reproached the PP for "sowing discord" both in the government and in the opposition.

During the different questions to other ministers in the control session, this controversy has also been alluded to. The PP spokeswoman for the Interior, Ana Belén Vázquez, has asked the Minister of the Interior, Fernando Grande-Marlaska, to disavow the Prime Minister for speaking of "tweets", recalling the harassment to which they are subjected in Catalonia.

"What the President of the Government has said is that you brought our Police and our Civil Guard to Catalonia in unworthy conditions," Grande-Marlaska defended, in response to the PP deputy.

The leader of Cs, Inés Arrimadas, has disfigured the Minister of the Presidency, Félix Bolaños, Sánchez's allusion to the tweets. "You win votes because your partners support you, and they will continue like this as long as you find servers to dismiss or insult, as Pedro Sánchez has done today. Wash your mouth before speaking like that to the police officers who defended us in 2017," he said. .

"Public servants singled out for nationalism and expelled from hotels along with their families. We owe them respect, not insults," added Edmundo Bal on his Twitter account.

The former Minister of the Interior Juan Ignacio Zoido, who ruled over the police when the Catalan independence referendum of 1-O was called in 2017, has also joined the criticism of Sánchez for "insulting by calling tweets the public servants who went to Catalonia to defend the Constitution.

"The difference is that he pardons those convicted of sedition and is held hostage by his pro-independence partners," Zoido has exposed from his Twitter profile, collected by Europa Press.

Zoido himself explained in the Senate in January 2018 that the police device of 1-O generated an approximate cost of 87 million euros for the displacement to Catalonia of a contingent of 4,500 police and civil guards and, in three days, up to 6,000 reinforcement troops. He then justified the measure by the "disloyal attack" on the Constitution and the Statute of the Government of Carles Puigdemont, "with a clamorous disobedience" and with "absolute passivity" of the Mossos d'Esquadra.

1 Income tax 2022: it's already next Tuesday! For... 2 The Bank of Spain anticipates a new cut in GDP growth,... 3 Cofides and the sovereign wealth fund of Qatar sign... 4 Enagás will be the entity responsible for the system... 5 Barcelona wins a new 360º viewpoint at 125 meters... 6 Biniam Girmay abandons the Giro after injuring an... 7 Strategic gas reserves in the EU: where they are and... 8 PICTURES | Spectacular accident in Montreal 9 [PHOTOS] Montreal: Molotov cocktail against a restaurant... 10 Euskadi will give an aid of 200 euros per month per... 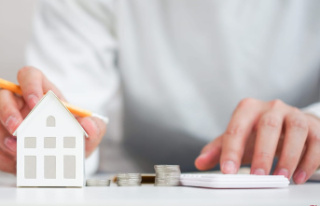